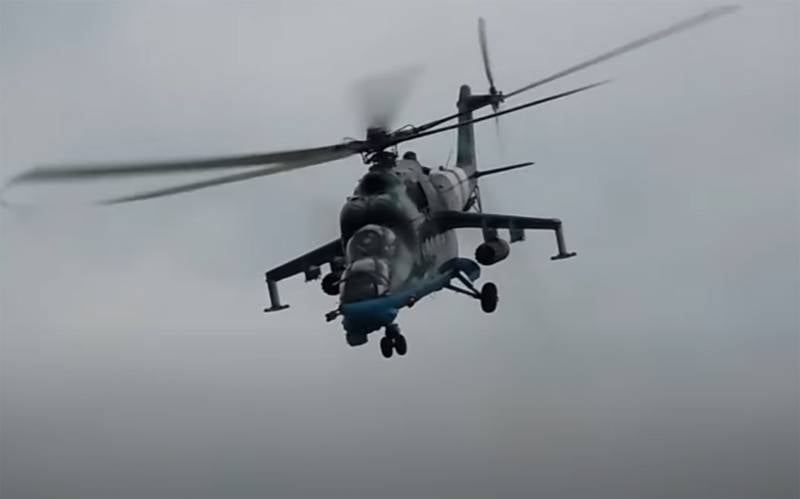 Almost a day has passed since the news that a Russian Mi-24 helicopter was shot down in the airspace of the Republic of Armenia. Recall that he was engaged in escorting a ground military convoy and turned out to be a target for an attack using MANPADS.


There was a pause at first. Experts began to argue about who could benefit from striking a Russian helicopter. Opinions were voiced that this could be a provocation to draw Russia into the conflict in the Transcaucasus.

After a while, rumors and speculation were replaced by the official recognition of the Azerbaijani side. "We shot down." "Shot down by mistake." "Apologize". "Ready for compensation."

But almost a day after the dramatic incident, it has not yet been announced how the investigation of the attack on the Mi-24 is progressing, whether it is advancing at all and who were the specific people, one of whom gave the order to strike, the other launched an anti-aircraft missile ...

Recall that in the case of an erroneous strike by the Iranian Islamic Revolutionary Guard Corps (IRGC) air defense complex on the Boeing of Ukraine International Airlines, a few days later, those who struck were named, and then several high-ranking military personnel lost their posts.

Will Azerbaijan agree to this?

It became known that the issue of investigating the attack on the Mi-24 was raised during the conversation between the foreign ministers of Russia and Azerbaijan. Sergei Lavrov and Jeyhun Bayramov during their telephone talks discussed the need for an objective and thorough investigation of the incident that resulted in the deaths of the Russian military.

In this regard, there are suggestions that the Azerbaijani authorities, following the results of the investigation (and Baku, judging by the speed of yesterday's confession, knows perfectly well who struck the blow) will make personnel decisions - in terms of removing at least representatives of the command of air defense structures from their posts. Otherwise (if these persons do not lose their positions), even if there is an official apology, it will look as if the Azerbaijani side does not consider the incident to be the unprofessionalism of its high-ranking military personnel and is not ready to force them to answer for what they did.
Ctrl Enter
Noticed oshЫbku Highlight text and press. Ctrl + Enter
We are
Reports from the militia of New Russia for 27-28 September 2014 of the yearInterview of Vladimir Putin with Radio Europe-1 and TF1
161 comment
Information
Dear reader, to leave comments on the publication, you must to register.