Former German Ambassador to Russia: Russia is a powerful power in military terms, but not at all economically 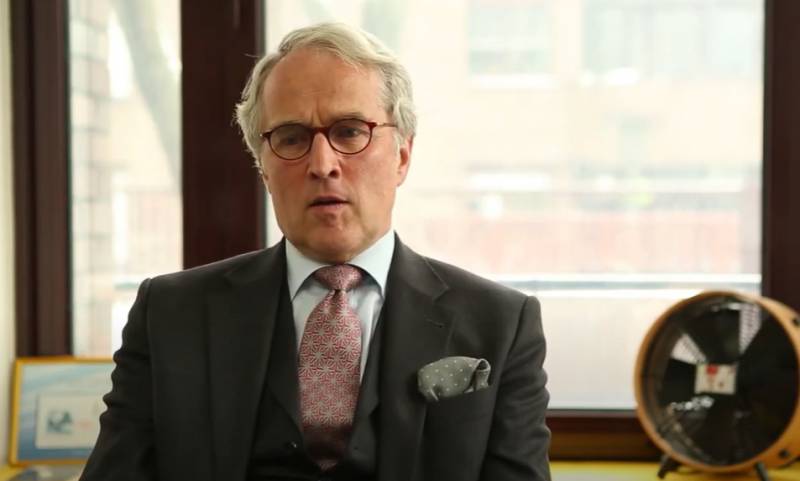 Former German ambassador to the Russian Federation, Rudiger von Fritsch, is critical of the leadership of our country and its policy, while feeling sincere sympathy for Russia and its citizens. And this positive attitude cannot be shaken by anything.


The ex-ambassador said this in an interview with the German newspaper Süddeutsche Zeitung, in which he recalled his experience of working in Russia.

Von Fritsch's main point is that Russia and Germany need each other and must cooperate. It is precisely this that can be traced in the book "The Way of Russia", written by him after his retirement. Before that, for five years, from 2014 to 2019, he served as the German ambassador to Moscow.

Von Fritsch believes that the root of today's problems in relations between the West and Russia is that we have different assessments of the events that happened in the world after 1989. In the West, according to the diplomat, they perceived the collapse of the USSR and the socialist camp as a chance for the Baltic states, Ukraine, Poland, other former Soviet republics and socialist countries to go their own way. In Russia, these events are assessed as a huge catastrophe that led to the collapse of the great empire, the last on the planet.

The ex-ambassador believes that Russia and Germany should go for rapprochement, using all the opportunities for this, all the existing bridges that are outside the confrontation zone. These are culture, science, education, trade and much more. According to the former diplomat, Germany should understand that Russia is a magnificent country, in a difficult stories which the Germans played a significant role.

On the other hand, von Fritsch notes that the economic potential of our country is very poorly revealed. According to him, Russia is a powerful power militarily, but not at all economically.

Russia is a great military power with little impressive economy. It is the only country on Earth that can independently supply itself with any raw material. But its gross domestic product is equal to that of New York State. And this is a tragedy.
He drew attention to the trade balance between Russia and China, in which 90 percent of Chinese exports to Russia are finished products, and 90 percent of Russian exports to China are raw materials. The former diplomat does not consider such a bias to be beneficial for our country. The ex-ambassador thinks that Moscow should look for an equal economic partner that Western Europe could become. After all, she, like Russia, should also stop depending on Chinese manufacturers.

Von Fritsch recalls that, having received the post of ambassador to Russia, he traveled to our country with deep sympathy for it. And after five years in Moscow, this feeling became even stronger.
Ctrl Enter
Noticed oshЫbku Highlight text and press. Ctrl + Enter
We are
Interview of Vladimir Putin with Radio Europe-1 and TF1Russia is taken to the Golden Billion
182 comments
Information
Dear reader, to leave comments on the publication, you must to register.