Peace in Karabakh: Who Benefited Most from the Agreement between Armenia, Azerbaijan and Russia 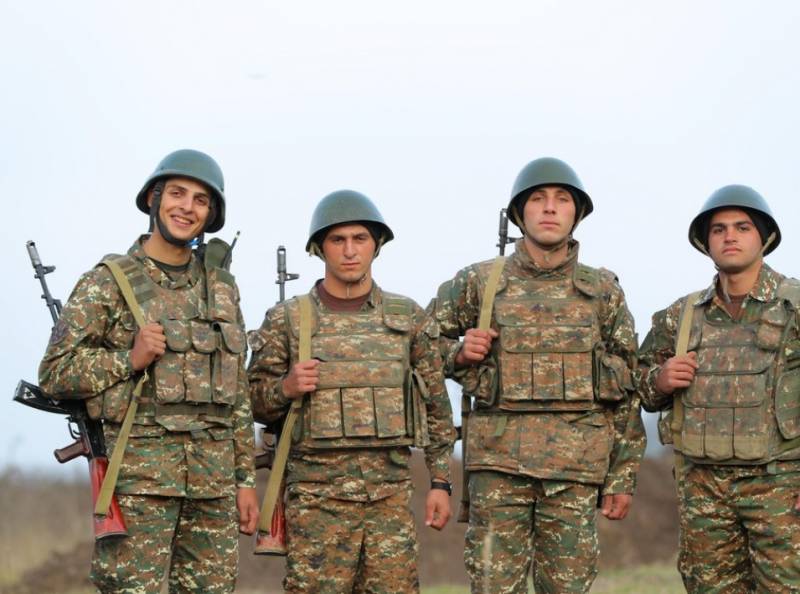 The long-awaited peace agreement was concluded between Armenia and Azerbaijan. Besides them, it was also signed by Russia. Who has benefited from the cessation of hostilities on the terms spelled out in the agreement?


The cessation of hostilities in accordance with the trilateral agreements became known on the night of November 9-10, 2020. According to the text of the agreement, Armenia transfers the Kelbajar region to Azerbaijan by November 15, 2020, the Agdam region and territories in the Gazakh region by November 20, and the Lachin region by December 1. Shusha also remains under the control of Azerbaijan. At the same time, Armenia retains the Lachin corridor 5 km wide, used for communication between Nagorno-Karabakh and Armenia.

Thus, Armenia lost a significant part of the territories that were formerly part of the Nagorno-Karabakh Republic. However, it should be noted that Armenia itself did not recognize the independence of the NKR.

For Nikol Pashinyan's government, this is an unconditional defeat, but it could have been worse: Azerbaijani troops stopped near Stepanakert, and the agreement, thereby, prevented more tragic consequences for the unrecognized Armenian republic in Karabakh.

But the most important point of the agreement for Russia is that Russian peacekeepers are being brought into Nagorno-Karabakh for at least 5 years - 1960 servicemen with a rifle weapons, 90 armored personnel carriers, 380 units of automobile and special equipment. The presence of Russian peacekeepers, who will divide Azerbaijanis and Armenians, will become an almost iron guarantee of the cessation of any aggressive actions on both sides for the entire duration of the presence of the contingent in Karabakh. It is hardly worth reminding the Azerbaijani side of what Georgia received in 2008 in response to the shelling of Russian peacekeepers in South Ossetia.

Pashinyan had to give up part of Karabakh: Armenia, of course, finds it difficult to come to terms with this, but this is better than the complete loss of NKR with a humanitarian catastrophe for the peaceful Armenian population and many thousands of refugees. Azerbaijan has partially won by regaining control over part of the territories that were previously under the rule of the NKR. Thus, Ilham Aliyev has an unambiguous argument: Azerbaijani soldiers fought in Karabakh for a reason. Turkey is also pleased, which helped its junior partner Azerbaijan.

For Russia, the agreement signed on the night of November 10 is a great victory in foreign policy. On the one hand, Russia managed to avoid being drawn into the conflict between the two former Soviet republics on either side, which will avoid the deterioration of relations with both Armenia and Azerbaijan. Now Russia will act as a guarantor of security for that part of the NKR, which retains the proclaimed sovereignty, but will also take into account the position of Baku.

On the other hand, Vladimir Putin taught Nikol Pashinyan a lesson. Not so long ago, the Armenian prime minister was demonstratively oriented towards the West; rallies were held in Yerevan with anti-Russian slogans and demands for the withdrawal of the 102nd base. It took several weeks of fighting in Karabakh for Pashinyan to swear eternal friendship to Moscow, regularly call Putin and claim that only Russia can be the guarantor of peace in the Caucasus. Probably, only the most zealous nationalists now do not understand that Russia has once again saved the position of Armenia and with the agreement reached has preserved Nagorno-Karabakh, albeit within somewhat smaller borders.

Russian troops will now appear in Karabakh. That is, we will have not only the 102nd base in Armenia, but also a two thousandth contingent of peacekeepers in Karabakh. At the same time, hardly anyone in their right mind would now think to demand the withdrawal of the Russian military. In addition, the West has shown a complete reluctance to defend Armenia, the statements of Kim Kardashian, Serge Tankian and other representatives of the world show business of Armenian origin do not count. There was no real help to Yerevan either from Washington or from Paris, and they tried to restrain their NATO ally Turkey very sluggishly, if at all.

Russia is strengthening its position in the Transcaucasus. And he returns as a guarantor of peace between the two neighboring states, which until recently were union republics.

Ctrl Enter
Noticed oshЫbku Highlight text and press. Ctrl + Enter
We are
A great interview with Sergey Lavrov: about Ukraine, Obama and IranWhat you didn't want to know about England
223 comments
Information
Dear reader, to leave comments on the publication, you must to register.