"The incident is not directed against Russia": Azerbaijan admitted that it shot down a Russian helicopter 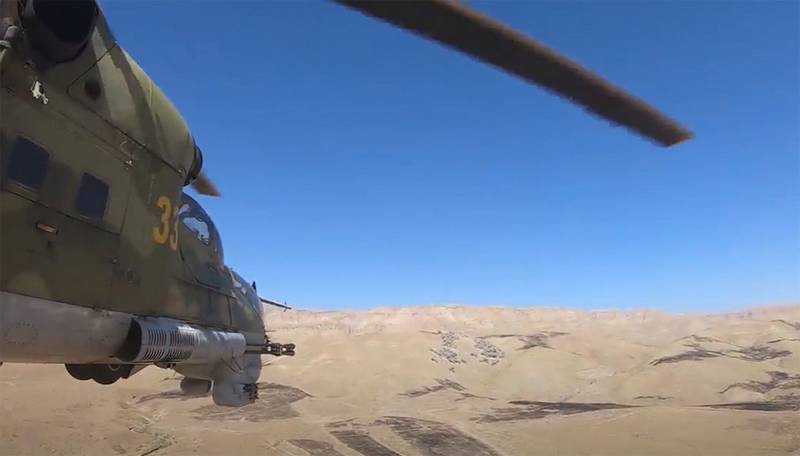 
The foreign ministry of the republic said that the helicopter was shot down by accident, Azerbaijan expresses its condolences, apologizes to the Russian side and is ready to pay compensation. At the same time, it is emphasized that this incident is in no way directed against Russia.

The Azerbaijani side apologizes to the Russian side in connection with this tragic incident, which is accidental and was not directed against the Russian side.
- said in a statement.

The Azerbaijani Foreign Ministry explained that the Russian helicopter flew in close proximity to the Azerbaijani-Armenian border during active hostilities in Nagorno-Karabakh.

The helicopter flight took place in the dark, at low altitude and outside the radar detection zone of air defense equipment. (...) Russian helicopters have not previously been seen in the area where the incident occurred
- said in a statement.

Earlier, the Russian Ministry of Defense confirmed the loss of the Mi-24 helicopter, which accompanied the convoy of the 102nd Russian military base through the territory of Armenia in the airspace near the Armenian settlement of Yeraskh near the border of the Nakhichevan Autonomous Republic. The helicopter was shot down by MANPADS in the airspace of Armenia outside the combat zone.

As a result of the missile hit, the helicopter lost control and fell in a mountainous area on the territory of Armenia. Two crew members died, one was evacuated with moderate injuries to the home airfield
- said the official representative of the Russian Ministry of Defense, Major General Igor Konashenkov.

The footage is presented, the signature of which claims that they are the very same attack on the Russian rotorcraft:

Footage of #Russia's Mi-24 helicopter that was shot down by #Azerbaijan's military, near the village of Yeraskh in #Armenia.

The helicopter was escorting a Russian military convoy inside Armenian territory. pic.twitter.com/kd1dWoXijI


If this video is indeed from the place of the strike on the Russian Mi-24, then the question arises: what is the reason for the fact that the cameraman pointed the lens in advance to where the rocket eventually hit the helicopter?

Baku does not specify what caused the Azerbaijani mistake. According to the latest information, "could have been mistaken for an Armenian Air Force helicopter."

Now it is worth waiting for the comments of the Russian Ministry of Defense and the Foreign Ministry on what happened - I mean Moscow's reaction to the recognition by the Azerbaijani side.
Ctrl Enter
Noticed oshЫbku Highlight text and press. Ctrl + Enter
We are
Reports from the militia of New Russia for 27-28 September 2014 of the yearYuri Drozdov: Russia prepared the role of the sacrificial calf
711 comments
Information
Dear reader, to leave comments on the publication, you must to register.