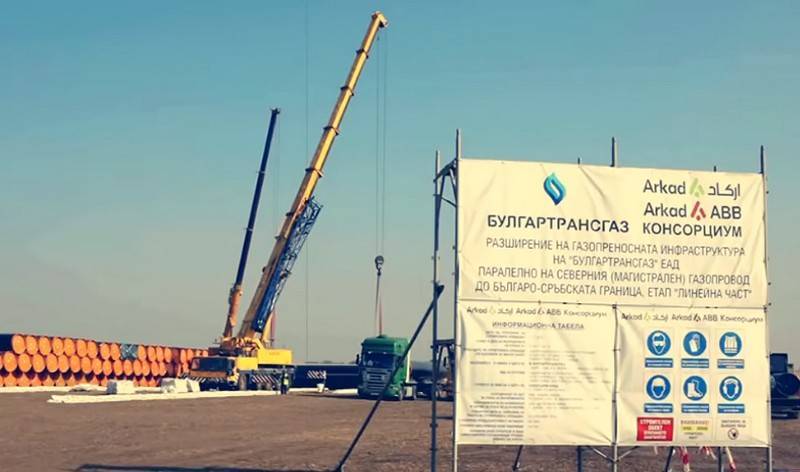 
According to the source, the construction of the Bulgarian section of the Turkish Stream is completed, it is connected to the Serbian branch of the gas pipeline. No official celebrations on this matter are planned yet due to the second wave of coronavirus.

The Balkan Stream is completed, it is connected to a gas pipeline in Serbia, there are no official events in connection with the completion of the pipeline due to the coronavirus pandemic, the ceremony is likely to take place later
- the agency leads the words of the source.

With the implementation of the Balkan Stream project, Bulgaria will turn into a regional strategic gas distribution center and guarantee the diversification of gas supplies
- said earlier the Prime Minister of Bulgaria Boyko Borisov.

The Balkan Stream is actually a continuation of the Turkish Stream gas pipeline, which will go through the territory of Bulgaria to the southern European countries. Moreover, the gas pipeline in Serbia, through which gas was to be further distributed, was built at the end of last year. Gas supplies were hampered by problems in the construction of the Bulgarian section.

Let us remind you that the official launch of the Turkish Stream took place on January 8, 2020, in fact, gas went through both strings of the pipeline even earlier. The gas pipeline was fully filled with gas in mid-November 2019.
Ctrl Enter
Noticed oshЫbku Highlight text and press. Ctrl + Enter
We are
Bulgarian prime minister asks European Commission to allow Bulgaria to remain gas transitThe Bulgarian Prime Minister, opening the joint exercises "Counter strike 2016": "Bulgaria will show the American partners the glorious traditions of the Bulgarian army"
74 comments
Information
Dear reader, to leave comments on the publication, you must to register.