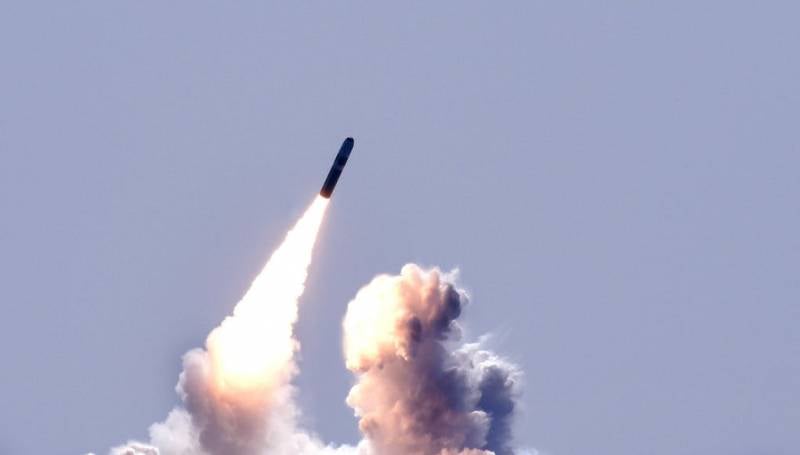 "Privatization" of the nuclear baton

As soon as the Cold War ended with the collapse of the Soviet Union (Soviet Union, USSR), the United Kingdom (United Kingdom, UK, UK) decided to reduce the cost of maintaining its own nuclear arsenal in combat readiness. To do this, in 1993, all nuclear defense assets were transferred to the management of the Atomic Weapons Establishment (AWE). Until 1999, the management of the company was in the hands of Hunting-BRAE.

The government's logic was clear and simple - to ensure budget savings for the development, storage and operation of nuclear weapons through the conclusion of an agreement with a private organization. Private traders will spend money more efficiently, and you won't have to bother with recruiting personnel. Britain's membership in the ranks of NATO / NATO / OTAN (brothers in the nuclear club will help if anything happens) and the noticeably weakened strike potential of Russia (Russia) were also important reasons for reducing the attention in its own arsenal.

Of course, one cannot say that the British entrusted their nuclear weapons to the first merchants they meet. First, since 1999, AWE shares have been owned by quite serious companies Lockheed Martin (51%), Serco (24,5%) and Jacobs Engineering (24,5%). Of these three, only Serco is a British company, the rest are from the United States (USA). Secondly, the right to veto any shareholder decision or a hypothetical “golden share” remains in the hands of the UK government. This greatly limits the freedom of action of AWE managers. For example, they cannot take and withdraw the entire arsenal outside the country. At the end of the 1999th century, the British were quite satisfied with this scheme, and in 25 London renewed the contract with AWE for another XNUMX years. At the same time, the Ministry of Defense (MOD, MoD) of Great Britain remained the owner of all buildings and production equipment. 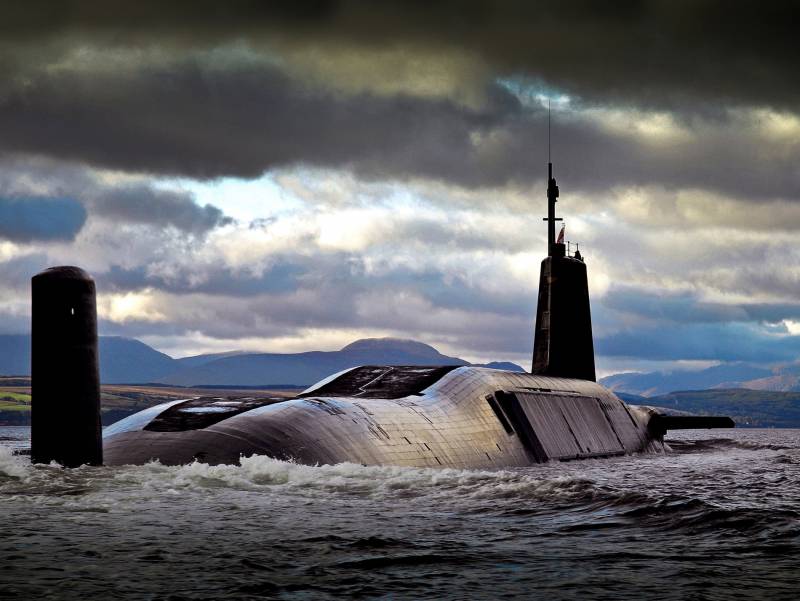 The British have only four Vanguard-class submarines with 16 Trident ballistic missiles on board each. Source: army-technology.com
In the very first years of operation, AWE removed the WE177 free-fall nuclear bombs from the British Armed Forces, leaving only the sea-based ballistic Trident bombs. Currently, the nuclear deterrence of Foggy Albion is supported by four Vanguard-class submarines, each carrying 16 ballistic missiles. Despite the fact that Trident is a joint development with the Americans, the UK uses their own Holbrook warhead with a capacity of 100 kilotons. AWE has been engaged all this time with minor missile upgrades, assembling warheads for new ones, as well as maintenance.

The headquarters of the "nuclear contractor" is located in the alma mater of the British nuclear program in the town of Aldermaston (Aldermaston). In Burghfield, the final assembly of the warheads for the Trident is underway, and in Cardiff, they are working with the deadly stuffing of atomic weapons. Blacknest is home to the nuclear seismology division. This direction makes it possible, by seismic activity, to distinguish nuclear weapons tests from an ordinary earthquake, as well as to determine the source of the explosion and its power. AWE now employs about 6000 people, some of whom also conduct research in the field of mathematical modeling of nuclear tests and calculations of the operational reliability of warheads. By the way, AWE specialists were involved in the investigation of the attempt on Alexander Litvinenko's life, and without their help, radioactive polonium in the body of the poisoned person would not have been detected. 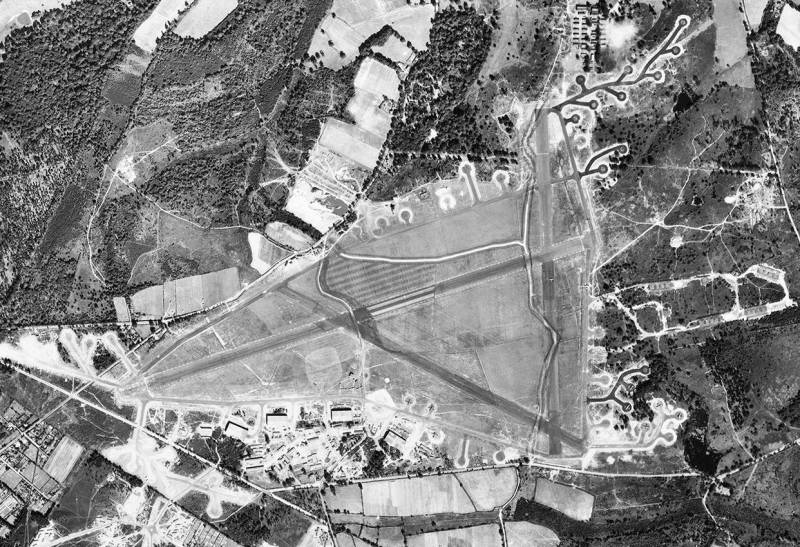 Aldermaston is the birthplace of the first British nuclear weapons. The AWE headquarters are now based here. Source: en.wikipedia.org
The office actively cooperates with Los Alamos (Los Alamos, New Mexico, USA) and in the early 2000s, together with the Americans, they even carried out authorized underground atomic explosions. The tests used the so-called subcritical mini-charges, which are not covered by the convention.

All of this allows the British to keep their nuclear weapons program relatively strong, although it has been almost entirely dependent on the United States since 1958. This year, an agreement was signed on cooperation between London and Washington in the field of nuclear weapons. Although it is difficult to call it cooperation, given the potentials of the two countries. Therefore, it is rather about the patronage of the United States. The British regularly renew the contract every ten years.

In addition to improving the weapon shield, AWE's responsibilities include disposing of spent nuclear weapons and production waste. This area of ​​activity often comes to the attention of local nuclear disarmament activists. Environmentalists will find unauthorized emissions of tritium into the river, then they will unearth stories about numerous fires at the company's facilities. British pacifists have selected the AWE headquarters in Aldermaston as the main target of attacks, and regularly organize demonstrations near nuclear facilities.

Under the wing of the state

London had no particular complaints about the work of AWE, at least they did not openly state this.
And in early November, Defense Minister Robert Ben Lobban Wallace assured the company's shareholders in writing that the military would terminate the contract ahead of schedule and, in June 2021, would completely return the country's nuclear sector under its control.

Recall that the agreement was concluded in 1999 for a period of 25 years. After such an announcement, the British Serco became seriously ill - shares on the stock exchange fell by 12%. The company is heavily dependent on government money in general, and the loss of several tens of millions of pounds in revenue could be a major hit especially in a pandemic.

The giants Lockheed Martin and Jacobs Engineering were not particularly upset by the early break, and the companies' shares corrected slightly.
It is interesting that the Ministry of Defense did not make such a decision in a hurry. Back in 2019, the aforementioned contract was amended, according to which the government was allowed to terminate cooperation ahead of schedule. 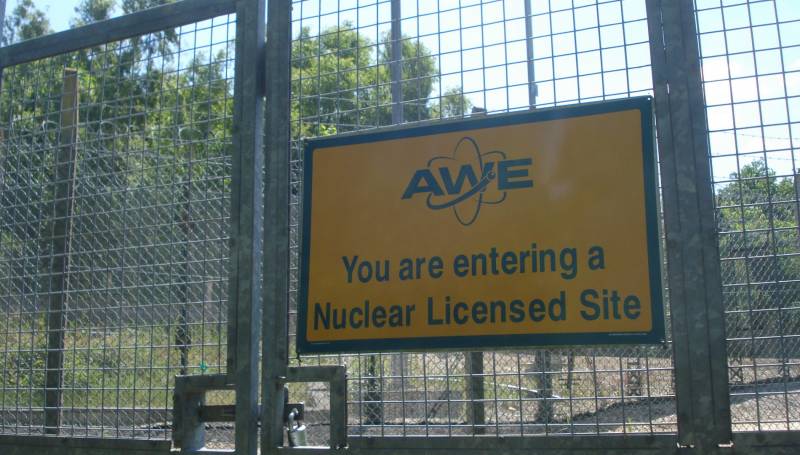 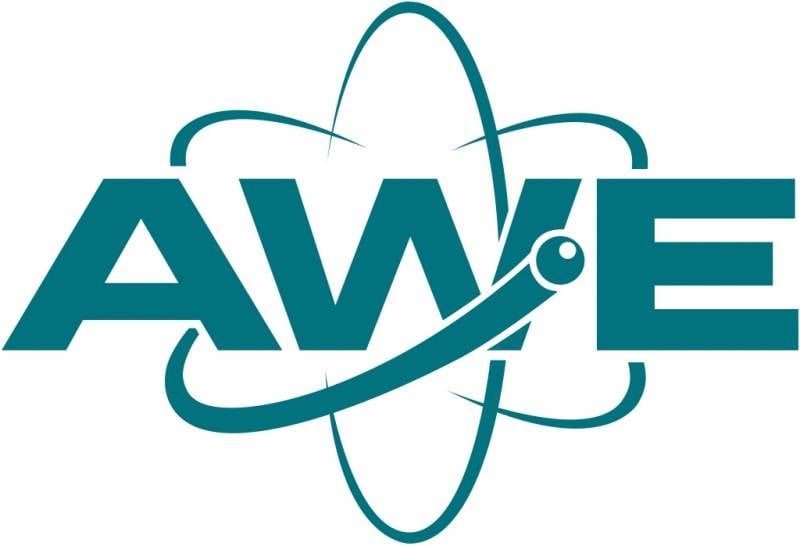 In the summer of 2021 AWE will become a state owned British company under 100% government control. Source: en.wikipedia.org
In many ways, this step is associated with the maturing independence of the UK in the development of nuclear warheads. London plans to adopt new Dreadnought-class nuclear submarines in the next decade, in which the Trident II will be replaced by new, more advanced ICBMs. The estimated cost of the new Dreadnought is estimated at £ 31 billion.

It is planned to develop missile weapons for submarines using the technologies of the promising American W93 ICBM. It is worth emphasizing that only with the involvement of foreign technologies, and not blind copying of missiles, which, by the way, is prohibited by the Convention on the Non-Proliferation of Nuclear Weapons. It is for this reason that the British have taken back control of their own weapons of mass destruction from the hands of the Americans. After 28 years of "private ownership", British nuclear weapons will return to government hands.

This fact should be considered as another evidence of the return of the Cold War times. Key players in the global nuclear circle are qualitatively and quantitatively increasing their capabilities, and the UK will have to spend billions to stay in this elite club. And here there is no time to save on external asset management.

Ctrl Enter
Noticed oshЫbku Highlight text and press. Ctrl + Enter
We are
About "PRO"Strangulation: the context, conduct and consequences of the American naval blockade of China
21 comment
Information
Dear reader, to leave comments on the publication, you must to register.