Another fiasco of the Nobel Committee: the 2019 Peace Prize laureate is now leading his country to civil war 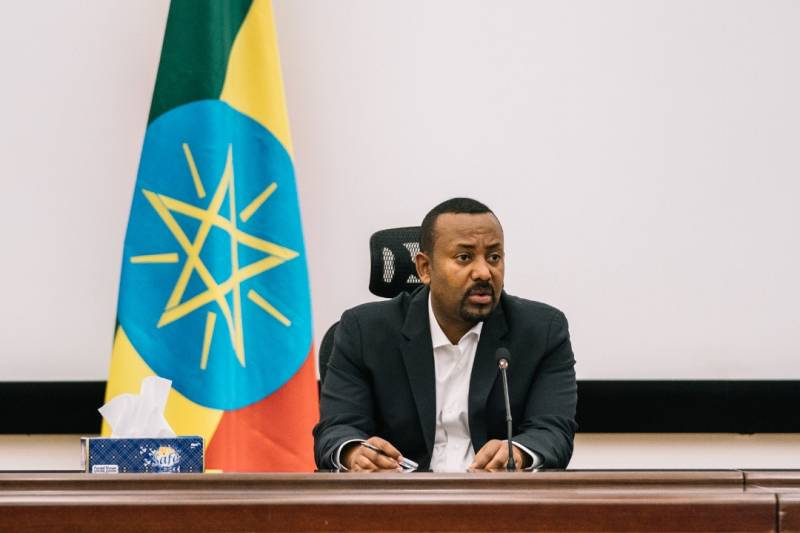 Ethiopian Prime Minister Abiy Ahmed had made a name for himself as an outstanding reformer, but inside him a brutal dictator was waiting in the wings. The 44-year-old leader of the country has established himself as a wise and far-sighted politician, and now he opened from a completely different side.


Jason Burke, African correspondent for the British newspaper The Guarlian, discusses this topic.

Abiy Ahmed spoke on national television this week announcing that he had ordered troops to respond to an attack by opposition forces on a government military base in Tigray province. The Ethiopian Air Force attacked targets of the Tigray People's Liberation Front (TPLF). The rebels also said that airstrikes were also carried out on the provincial capital.

But back in 2018, when Abiy Ahmed just took office, it was even impossible to imagine such a thing. Then he was considered a progressive reformer and was compared with Nelson Mandela, Justin Trudeau, Barack Obama and Mikhail Gorbachev. He made personnel changes in his office, fired several hitherto untouchable statesmen, abolished media censorship, released thousands of political prisoners and ordered the privatization of large state enterprises.

And most importantly, he managed to stop the many years of bloody war between Ethiopia and Eritrea. It is for this that he received the 2019 Nobel Peace Prize.


After the attempt on the life of Abiy Ahmed, which happened in 2018, he uttered words that resonated in the hearts of people around the world:

Love always wins. Killing others is a defeat.
No one could have expected the 2019 Nobel Peace Prize laureate to bring his country to the brink of civil war.

The leaders of Tigray province, located in northern Ethiopia near the border with Eritrea, said they were unfairly accused of corruption, removed from office and blamed for the country's problems. And TPLF refused to join the party created by Abiy Ahmed. Federal judges have ruled that the government should stop funding Tigray and cut all contact with his administration.

But the fact is that this northern province is home to six million people, which is about 5 percent of Ethiopia's 109 million people. It has large militias and well-trained local militias. In addition, a significant part of government troops and military equipment after the war with Eritrea also remained there. These factors can lead to a protracted armed conflict, that is, to a civil war.

Given the strength of Tygra's security forces, the conflict may well drag on.
- says the recent report of the International Crisis Group.

Experts note that it would have been impossible for Abiy Ahmed to move troops against the rebellious province if Ethiopia were still at war with Eritrea. Now the leader of this country, Isayas Afework, is on friendly terms with the head of the Ethiopian government and does not feel any sympathy for the Tigray leadership.

Yesterday Abiy Ahmed announced the completion of the first phase of the military operation in Tigray and the creation of an interim administration there. Thus, he abolished all self-proclaimed executive and legislative bodies of the province.

Ctrl Enter
Noticed a mistake Highlight text and press. Ctrl + Enter
We are
Reports from the militia of New Russia for 27-28 September 2014 of the yearDecember 2010 years. Russian March. Senseless and merciless? Notes not a Russian person
51 comment
Information
Dear reader, to leave comments on the publication, you must to register.