The Ministry of Defense declassified documents about the military parade on November 7, 1941 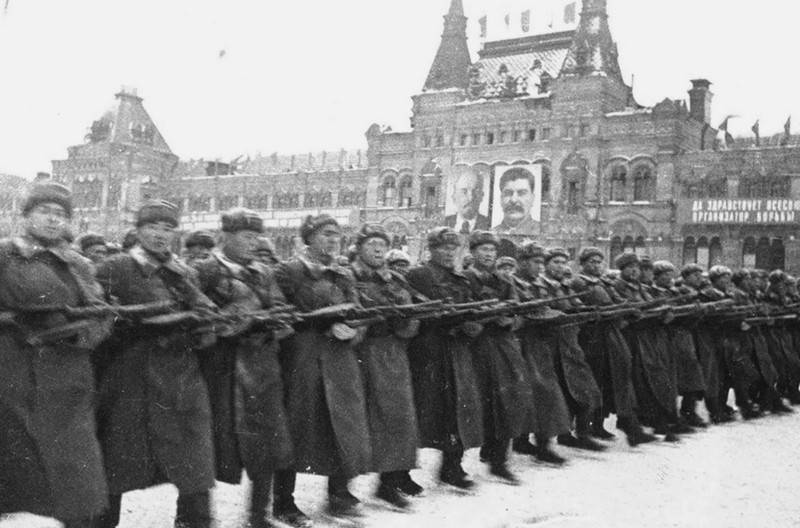 On November 7, Russia celebrates the day of military glory, remember the events of November 1941. Exactly 79 years ago, a legendary parade took place on Red Square, proving to the whole world that the fighting spirit of Soviet soldiers was not broken.

The November parade in the capital became a landmark event, a turning point in the battle for Moscow. He showed that despite the colossal difficulties, the stubborn bloody battles near the walls of Moscow, the capital will not be surrendered to the enemy. It was after this parade, held at the most formidable hour of the war, that thousands of young people from all over the country sought to volunteer.
- declared in the Ministry of Defense.

According to archival documents, the military parade on November 7, 1941 took place not only in Moscow, but also in Kuibyshev (Samara) and Voronezh. Moreover, in Kuibyshev, unlike Moscow, there was an air unit.

The military department noted that declassified documents from the funds of the Central Archive of the Ministry of Defense were published as part of the program for the protection and protection historical truth, counteraction to falsifications of history, attempts to revise the results of the Second World War.

Ctrl Enter
Noticed oshЫbku Highlight text and press. Ctrl + Enter
We are
Reports from the militia of New Russia for 27-28 September 2014 of the yearYuri Drozdov: Russia prepared the role of the sacrificial calf
196 comments
Information
Dear reader, to leave comments on the publication, you must to register.