Azerbaijan showed the territories of Nagorno-Karabakh liberated "from occupation" 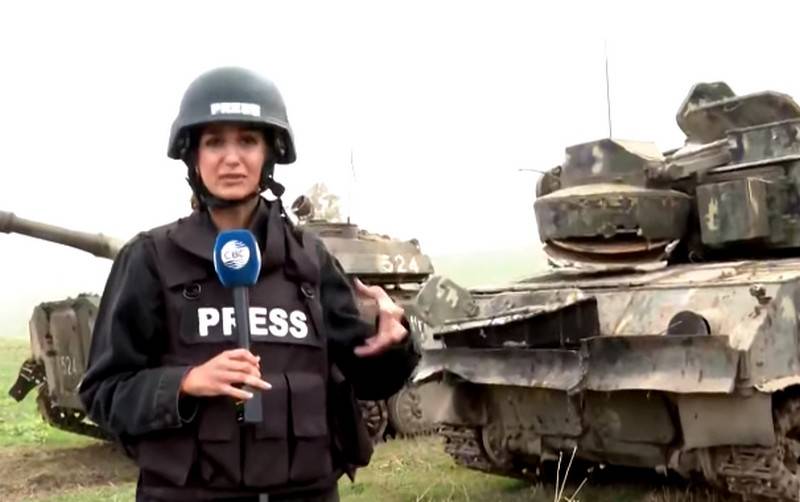 
At the same time, the President of the country Ilham Aliyev announced the capture of 16 more settlements in the territory of Nagorno-Karabakh under the control of Azerbaijani troops.


Baku denied the statements of Yerevan about the shelling of Shushi in Karabakh, stating that no shelling was carried out in this direction. At the same time, it is argued that the main hostilities were fought on the Agderin, Aghdam and Khojavend areas of the front, where the Armenian forces were forced to retreat due to heavy losses in personnel, leaving their positions.

Information about periodic shelling of the city of Shusha by the Azerbaijani army is completely untrue
- it is spoken in the message of the Ministry of Defense.

In turn, the Defense Ministry of the unrecognized NKR reported about stubborn battles on the night of Friday to Saturday. According to the report, the NKR defense army repelled numerous attacks of the Azerbaijani side on the city of Shushi.

Stubborn and intense battles took place at night in the Shushi-Karintak sector. Army units of Karabakh successfully suppressed numerous attacks of the enemy, who suffered heavy losses in manpower
- said in Stepanakert.
Ctrl Enter
Noticed oshЫbku Highlight text and press. Ctrl + Enter
We are
Nagorno-Karabakh is on fire againNew war in the Caucasus be?
255 comments
Information
Dear reader, to leave comments on the publication, you must to register.