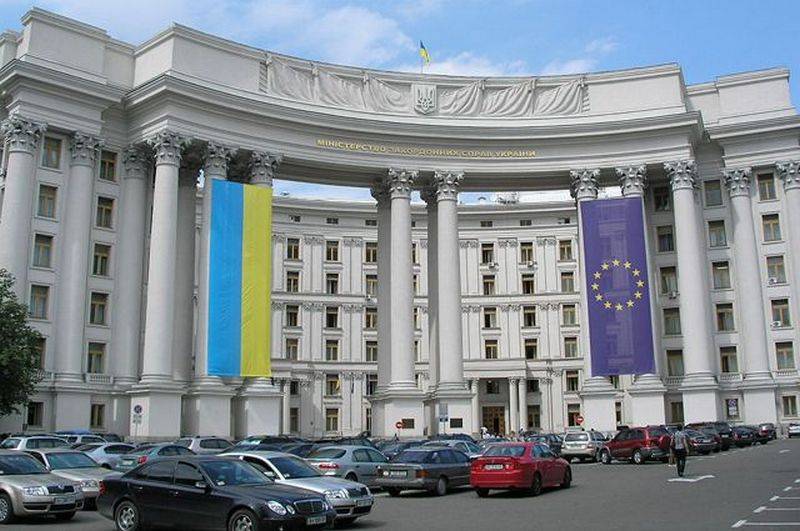 Ukraine has expressed a strong protest to the Russian side in connection with the recognition by Russia of documents and registration plates of vehicles of the Donetsk and Lugansk People's Republics. The Ukrainian Foreign Ministry sent a corresponding note of protest to Moscow.


Kiev called on the countries of the Normandy Four to respond to the decision of Russian President Vladimir Putin, according to which Russia recognizes the documents of Donbass residents regardless of the citizenship of their owner and to impose sanctions against Russia. In addition, the Ukrainian Foreign Ministry stressed that Ukraine does not recognize Russian decrees regarding the documents of residents of the "occupied" Donbass and the granting of Russian citizenship to them.

In connection with the publication of this decree, the Ministry of Foreign Affairs expresses its strong protest to the Russian side with the direction of the corresponding note, we call on our international partners, primarily in the Normandy format, to condemn the actions of the Russian Federation and take the necessary pressure measures, including sanctions
- said in a statement.

Note that on November 4, 2020, Russian President Vladimir Putin amended his 2017 decree "On the recognition in the Russian Federation of documents and vehicle registration plates issued to citizens of Ukraine and stateless persons permanently residing in certain areas of Donetsk and Luhansk regions. Ukraine ". According to the changes, Russia recognizes documents and vehicle registration plates issued on the territory of the DPR and LPR, regardless of the citizenship of their owner.

Ctrl Enter
Noticed oshЫbku Highlight text and press. Ctrl + Enter
We are
On enhanced security measures at the World Cup 2018 in RussiaReports from the militia of New Russia for 27-28 September 2014 of the year
145 comments
Information
Dear reader, to leave comments on the publication, you must to register.