Naryshkin: We feel the work of Turkish intelligence in Karabakh 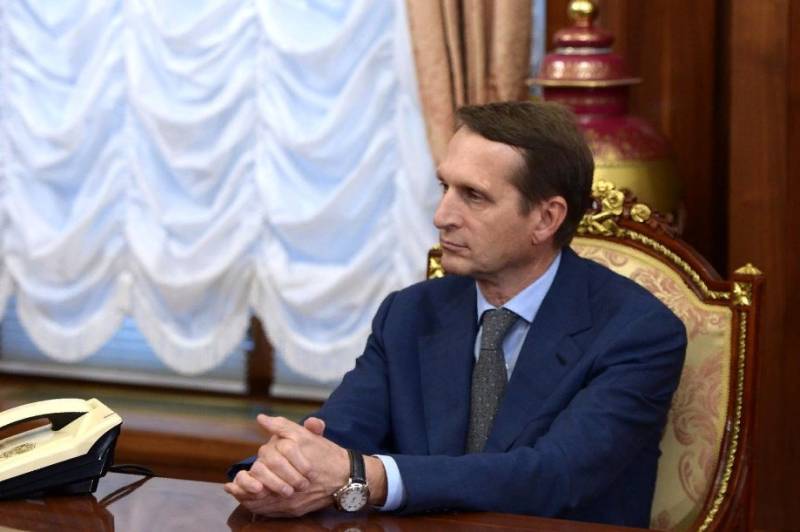 The intelligence structures of Turkey are involved in the armed conflict in Nagorno-Karabakh. The Russian Foreign Intelligence Service is observing certain elements of Ankara's work in the Transcaucasian region.


According to the agency RIA News, the head of the Foreign Intelligence Service Sergei Naryshkin told about this in an interview with the general director of MIA "Russia Segodnya" Dmitry Kiselev.

Earlier it was reported about militants from Syria transferred through Turkish Gaziantep to Karabakh. The Armenian Defense Ministry has twice demonstrated the interrogation of prisoners who identified themselves as immigrants from Syria.

A sharp exacerbation of the situation in the Nagorno-Karabakh region took place on September 27. The parties call each other the culprits of the Armenian-Azerbaijani conflict. In the unrecognized Republic of Artsakh, which occupies the territory of Nagorno-Karabakh, they say about regular artillery and rocket attacks on settlements, including the capital of NKR - Stepanakert.

Yerevan announced full mobilization, and Baku - partial. At the same time, the Armenian side has repeatedly declared Turkey's active military support to Azerbaijan.

The OSCE Minsk Group, which includes Russia, France and the United States, is making significant efforts to end hostilities and a peaceful settlement of the conflict. But these efforts have not yet led to an end to hostilities.

Ctrl Enter
Noticed oshЫbku Highlight text and press. Ctrl + Enter
We are
Aliyev warned about the consequences of recognizing the independence of Nagorno-KarabakhNew war in the Caucasus be?
117 comments
Information
Dear reader, to leave comments on the publication, you must to register.