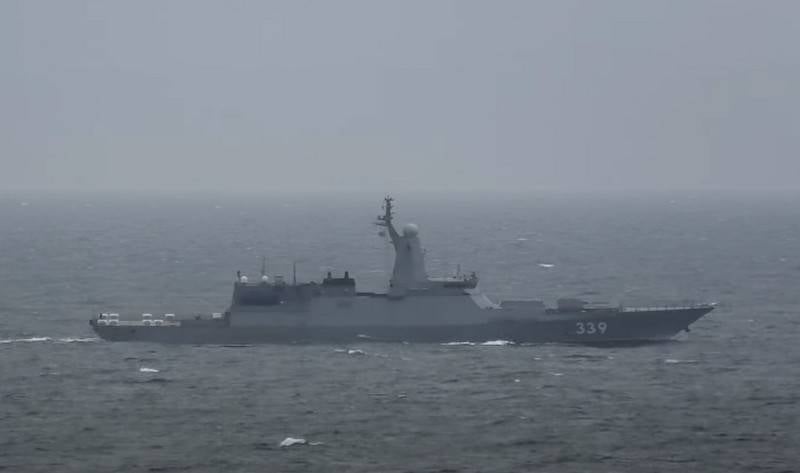 Built for the Pacific fleet the newest corvette "Hero of the Russian Federation Aldar Tsydenzhapov" began testing the ship's weapons systems. According to the press service of the Pacific Fleet, the ship sailed into the waters of the Sea of ​​Japan.


In the Sea of ​​Japan, at one of the Pacific Fleet's sea ranges, the corvette Aldar Tsydenzhapov began testing the ship's artillery systems, as well as jamming systems using a 122-mm PK-10 launcher. Tests of the ship are provided by Tu-142 and Il-38 Marine aviation Pacific Fleet. The next stage of testing will be testing anti-submarine weapons and anti-ship missiles "Uranus".

The crew, together with the delivery team, checks the reliability of the ship's artillery systems. Today, the corvette conducted regular test firing at sea and air targets from the 100-mm universal ship gun mount A-190 and the six-barreled automatic gun mount AK-630
- said in a statement.

The newest corvette entered the factory sea trials at the end of September. The transfer of the corvette to the Pacific Fleet will take place until the end of 2020.