How Boris Yeltsin "won" the Communist Party of the Soviet Union: on the ban of the party and the loss of party property 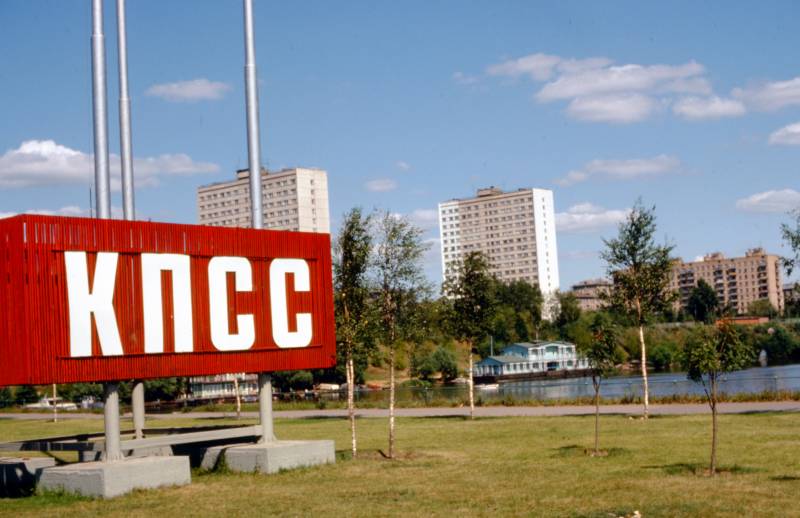 How Yeltsin "defeated" the CPSU

In fact, Yeltsin performed only a ritual act on the body of a dead enemy, completely incapable of any resistance and struggle for power over at least part of the great country he once created ...

Let me remind you that the beginning of the process was the decree “On the suspension of the activities of the Communist Party of the RSFSR” signed by the same Yeltsin immediately after the “suppression” of the tragicomic “coup of the State Emergency Committee” at the session of the Supreme Soviet of the RSFSR on August 23, 1991. A couple of days later, a much more important decision followed, concerning the property of the communist parties of the USSR and the RSFSR. On November 6, an end was put in the case (as it seemed then) - the very existence of communist parties in the country was under a clear and unequivocal ban.

Why was this done? As the liberals try to assert, in this way Yeltsin tried to “prevent a return to the totalitarian past” and “an attempt at red revenge”, fraught with a new civil war in Russia. Such reasoning is untenable, and it is seen especially clearly today, almost three decades after the events we mentioned. Whether in grief or luck, but by the time yesterday's party bosses in Belovezhskaya Pushcha were hacking to pieces the USSR, there could be no talk a priori about any "revenge" under the banners of the Communist Party.

The reason for this is simple - in the country where it was, according to the Constitution, the "leading and guiding force", there were practically no real, ideological communists by the end of the 80s - the beginning of the 90s. At the highest levels of the party and state apparatus, they no longer existed at all. Had it been otherwise, would it have been possible for Gorbachev with his "perestroika", the collapse of the USSR, everything that preceded and followed? Traitors and opportunists would be swept away - and not for a long time. The Emergency Committee would not be a ridiculous and senseless parody of an attempt to restore order in the country, but would become its real salvation.

The best illustration of this thesis is the fact that out of 10 million people who, as of 1990, were registered in the primary organizations of the CPSU on the territory of Russia, by the time of the creation of a separate Communist Party of the RSFSR in August 1991, 7 thousand members remained in its ranks. ... At least, those in power themselves argued so. Well, if so, then it was possible not to prohibit ... However, Yeltsin needed, firstly, the opportunity to write off all the existing and upcoming hardships of the country and the people on the "illegal activities of the communists", and, secondly, to insure himself by law, which allowed him to very quickly take out of the game all his political opponents with "left" views.

Well, and of course, the question of the property of the CPSU was at stake ... The bear was, in fact, dead, but he had a luxurious skin! Yes, in the presidential decree, law enforcement agencies were strictly instructed not only to “investigate the anti-constitutional activities of the Communist Party” (which, of course, no one did), but also to “ensure the safety of party property” until a decision was made on whose property it would be transferred to. This is where it turned out much more interesting. The executive militiamen, of course, sealed the doors of the offices of numerous district and city committees in a disciplined manner, thus ensuring the safety of the pennants, portraits and documents on the work experience of functionaries stored there.

But where did the colossal funds go (both in rubles and in foreign currency) along with the notorious "gold of the party", how did a lot of real estate belonging to the CPSU end up in very dubious hands - from buildings in the centers of large cities to children's camps and health resorts? We will probably never get an answer to these questions. In any case, I am in complete solidarity with those researchers of this topic who are sure that the prohibition of the Communist Party had as its goal, among other things, its robbery - long and clearly planned.

The right to party ban

Did Boris Yeltsin have the right to accept such global and, one might say, historical solutions? The answer can be considered the decision of the Constitutional Court of Russia N 9-P, adopted by it on November 30, 1992, when the passions had already subsided, and material values ​​found new owners. The country's chief lawyers came to the conclusion that Boris Nikolayevich, to put it mildly, "a little" exceeded his own powers. Ultimately, only the suspension of the activities of the main governing structures of the CPSU and their subsequent dissolution was recognized as constitutional (although on what basis it is completely incomprehensible). The ban on the activities of "grassroots", primary structures of the Communist Party in Russia was completely illegal.

It was this decision that allowed the Communist Party in Russia to revive - in the form of the Communist Party of the Russian Federation. When it was founded in 1993, no more than half a million people joined its ranks. The rest of the "communists" went to build capitalism together and cheerfully. What, in fact, was what Yeltsin needed, as well as those who brought him to power ... And the real "communism" of the Communist Party itself today raises questions for many in our country.

Ctrl Enter
Noticed oshЫbku Highlight text and press. Ctrl + Enter
We are
Damned augustAbout Stalin and Khrushchev
107 comments
Information
Dear reader, to leave comments on the publication, you must to register.