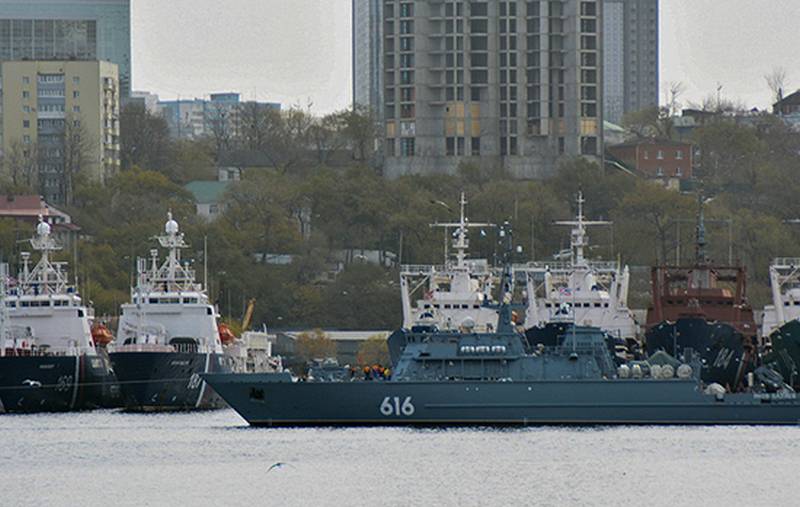 The newest mine-sweeping ship "Yakov Balyaev" of project 12700, which arrived in Vladivostok for testing, began preparations for entering the factory sea trials. According to the press service of the Pacific Fleet, the stage of mooring tests is being successfully completed.


The minesweeper, which passed the Northern Sea Route and arrived in Vladivostok on October 22 of this year, is currently at the pier of the outfitting base of the Amur shipyard in the Golden Horn Bay. On board the ship there is a crew and a handover team preparing for going to sea for factory sea trials.

The timing of the completion of the tests has not yet been reported, but according to the plans of the Navy, the minesweeper should become part of the Pacific Fleet by the end of the year.

Ctrl Enter
Noticed oshЫbku Highlight text and press. Ctrl + Enter
We are
The minesweeper "Yakov Balyaev" that passed the Northern Sea Route for the Pacific Fleet arrived in VladivostokSea minesweeper "Yakov Balyaev" sailed to the Far East by the Northern Sea Route
44 comments
Information
Dear reader, to leave comments on the publication, you must to register.