"Russian destroyer near our military base for a week": British press on the campaign of the Severomorsk BOD 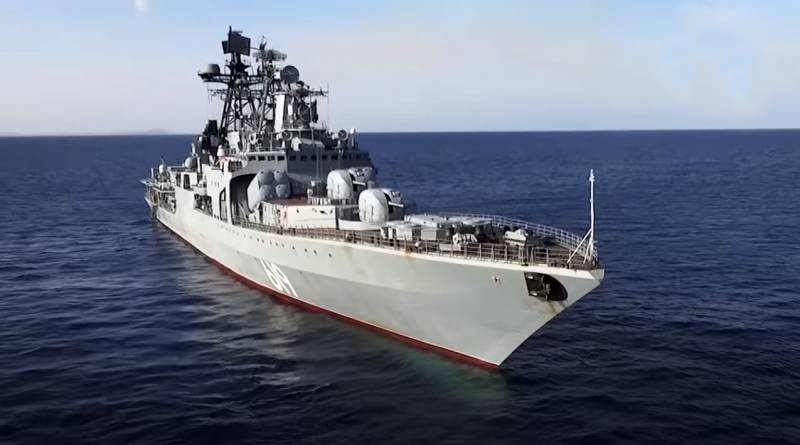 The Russian warship has been staying for a long time off the British coast, but it does not violate international law, which gives it the opportunity to be freely in the waters near the Kingdom.


With such a message was published the UK Defense Journal, covering the campaign assigned to the North the fleet large anti-submarine ship (BOD):

The Russian guided missile destroyer Severomorsk has been in international waters near the Royal Air Force base Lossiemouth, Scotland for a week.

At the same time, the publication is in a hurry to reassure its audience:

Readers should understand that the ship is in international waters and is not doing anything illegal or inappropriate.
It is indicated that in Scottish waters, in addition to two frigates of the Royal Navy, there are submarines, "whose actions are not commented on."

Rest assured that the Russian ship is being watched XNUMX/XNUMX
- a military source told the publication.

As noted by the UK Defense Journal, "most of the naval forces (including the Royal Navy) send their ships on such missions [to foreign shores]."
Ctrl Enter
Noticed oshЫbku Highlight text and press. Ctrl + Enter
We are
Reports from the militia of New Russia for 27-28 September 2014 of the yearDecember 2010 years. Russian March. Senseless and merciless? Notes not a Russian person
34 comments
Information
Dear reader, to leave comments on the publication, you must to register.