"The submarine will approach ideal bioforms": the submarine SMX31E is being developed in France 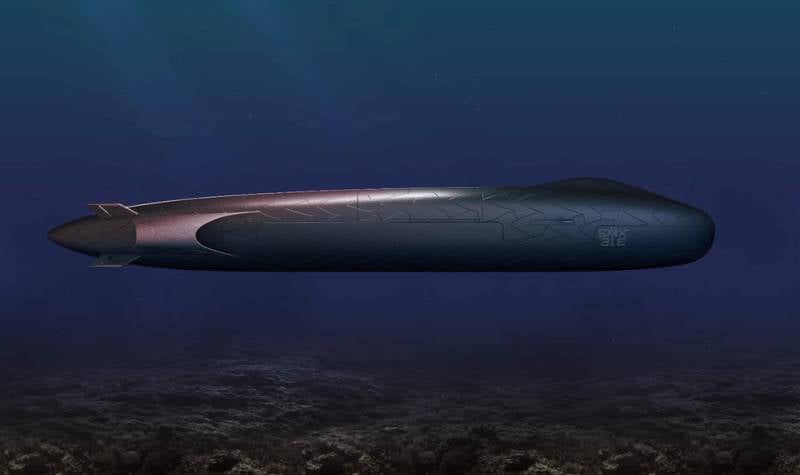 The new fully electric submarine will be able to stay submerged for 40 days thanks to its batteries. Extremely smooth hull shapes, "close to ideal bioforms," ​​and a scaly coating will provide a high level of stealth, while onboard drones will provide additional combat capabilities.


So the publication Mer et Marine describes the submarine being developed by the Naval Group.

From concept to reality is now only one step away
- writes the edition Mer et Marine.

The new project was first introduced in 2018 under the designation SMX31. Since then, significant adjustments have been made to it and now it appears under the SMX31E index. The length of the submarine now reaches 80 m, the width is about 10 m, the displacement is about 3200 tons. When designing the product, the developer was guided by the principle of biomimicry, "to get closer to the fluidity of the natural ideal forms of large marine mammals."

For the same purpose, the submarine's coating was made scaly. It consists of rubber plates that suppress echolocation. It is envisaged that individual slabs will be fitted with sensors that assess the environment.

Traditionally, submarines consist of several horizontal "cylinders" interconnected by airlocks, since this position of the blocks is believed to provide the greatest resistance to pressure at depth. The developer went against this practice. The "cylinders" are in an upright position, which is said to "result in greater strength and new possibilities, such as easier placement on the seabed." The operational depth of the submarine will correspond to the current realities, reaching 300-350 m.


The power plant will be represented by lithium-ion batteries (LIB). As stated, in contrast to lead-acid, they are characterized by increased energy consumption, the possibility of a sharp increase in speed, significantly faster recharging, increased safety and easier maintenance. A prototype of these batteries is currently being tested on land.

Test results in recent years, coupled with recent technological advances at the LIB, should enable conventional submarines to experience a true revolution.
- writes the edition.

As noted, LIB was once attributed to a big drawback - the need to rise to the surface for recharging. However, in the near future, the period of their autonomous operation will be 40 days at a speed of 8 knots, the maximum possible stroke when using LIB is over 20 knots, which exceeds the performance of the old generation submarines. At the same time, LIB allows you to achieve a great advantage - fast ascent to the surface. Competitor LIB - Anaerobic systems (AIP) provide at best two to three weeks of immersion at a significantly slower rate.

With the SMX31E we get to a fully electric submarine that does not need AIP or battery recharging during the mission
- indicates the publication, noting that a small diesel engine is provided, but only in case of an emergency.

The propulsion system will drive two streamlined side propellers that will replace the traditional rear propeller. 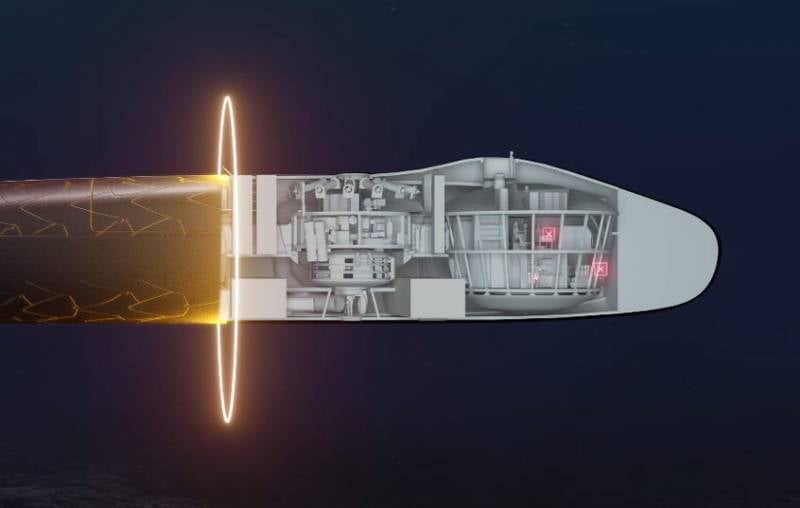 Crew from a platoon of sailors

The duration of the immersion and the high speed of travel will increase the monitoring of space by 10-12 times in comparison with the submarine "Skorpen". It is planned to install a hangar for robotic vehicles and buoys. They are planned to be placed in the feed area. One of the drones can be the D19 product (intended for reconnaissance), created on the basis of the 533-mm AUV torpedo. It can be launched through torpedo tubes. Underwater gliders (gliders) can be used, which are able to surf the oceans for several weeks.

The submarine will carry an ammunition load of about 20 torpedoes and missiles (with horizontal launch from vehicles in the stern and on the sides of the hull), not including 6 D19s and 2 AUVs located in external modules.

Thanks to deep automation, the crew will be only 15 sailors with the ability to take on board from 12 to 20 people, for example, commandos. 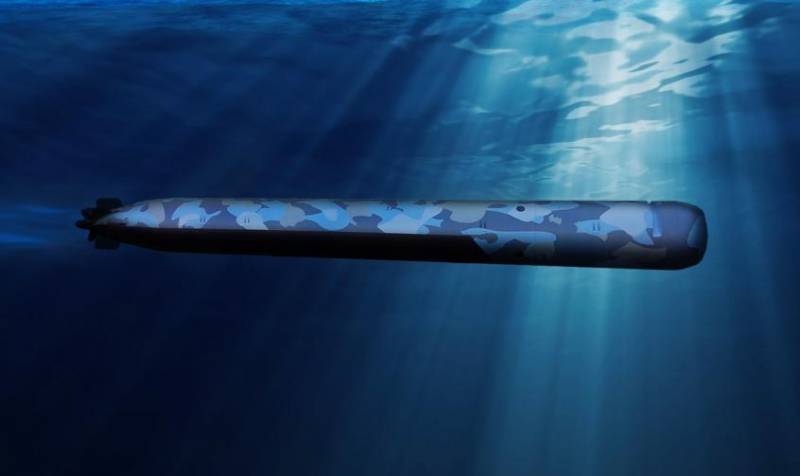 Ctrl Enter
Noticed oshЫbku Highlight text and press. Ctrl + Enter
We are
List of destroyed the largest and most high-tech enterprisesMilitary reform as an integral part of the security concept of the Russian Federation: Systematic dynamic assessment
46 comments
Information
Dear reader, to leave comments on the publication, you must to register.