"What did they think in Baku, involving foreign fighters in the armed conflict?" - Armenian Foreign Ministry 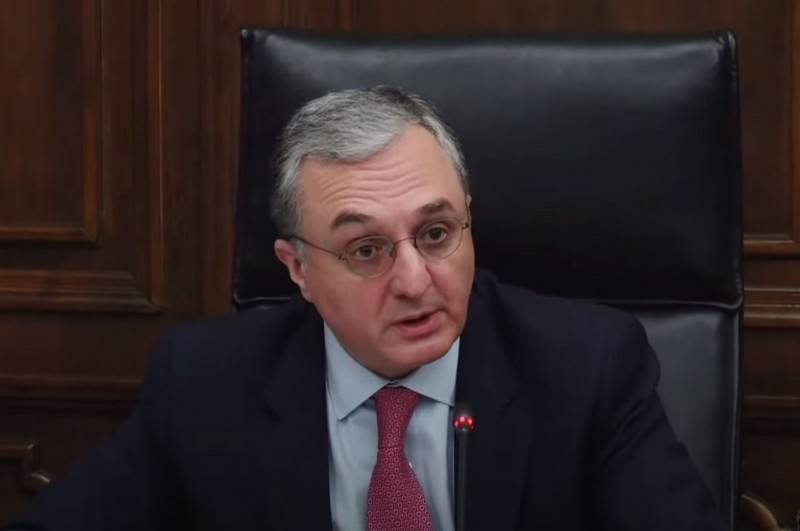 Armenia and Nagorno-Karabakh have to fight against three opponents at once: Azerbaijan, Turkey and international mercenary terrorists. It is not clear what they thought about in Baku when they involved the militants in the armed conflict on their side. Armenian Foreign Minister Zohrab Mnatsakanyan stated this.


As the Armenian Foreign Minister emphasized, Azerbaijan, attracting militants to participate on its side in the military conflict on the territory of Nagorno-Karabakh, does not think about the consequences of such a step. In his words, foreign fighters pose a danger not only for Armenia, but for the entire region as a whole.

The appearance of terrorists in our region is a challenge in a much larger context, and not only for us. The consequences are really serious. (...) compatriots and the Armenian people in Artsakh are fighting, in fact, with three enemies: Turkey, international mercenary terrorists and Azerbaijan
- quotes the press service of the Armenian Foreign Ministry as quoted by Mnatsakanyan.

The head of the Armenian Foreign Ministry stated that he intends in the near future to raise the issue of the participation of foreign fighters in the conflict in Nagorno-Karabakh, as well as the threat posed by them, when meeting with colleagues from other countries. In addition, Mnatsakanyan promised to speak in more detail on this topic in the near future.

Note that Yerevan has repeatedly announced the participation of foreign mercenaries in hostilities on the side of the Azerbaijani army. According to Armenia, Turkey, which is an ally of Azerbaijan, is sending militants from Syria to the area of ​​the military conflict.
Ctrl Enter
Noticed oshЫbku Highlight text and press. Ctrl + Enter
We are
December 2010 years. Russian March. Senseless and merciless? Notes not a Russian personNew war in the Caucasus be?