If you have no experience. Seniors, be vigilant 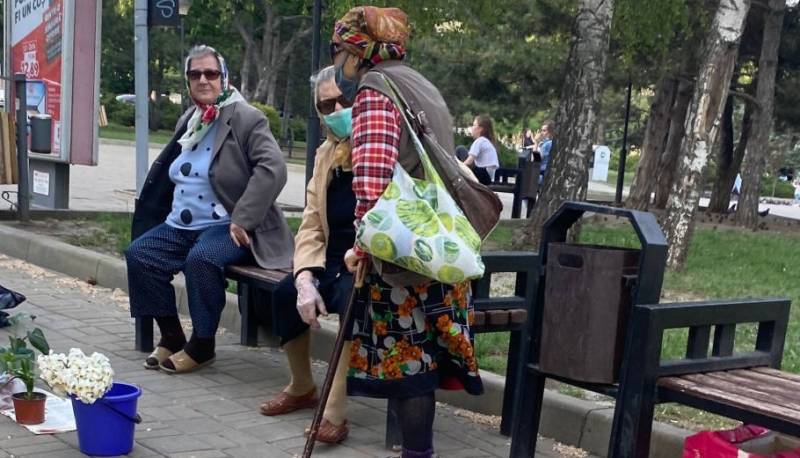 The Russian proverb about the law and the tongue, I think, is not worth reminding - too many people still remember it. But what remains to be done when a very high-ranking lawyer once made a reservation in public that "the law is like a tree, you can get around it." And it was not a notary, not a lawyer or a prosecutor, but a judge, and not even an arbitration judge.

From legal combinations with the calculation of pensions, for which such masters are workers of the FIU, I once swore to write at all. I was confused by the fact that the account there usually went not only for thousands, but sometimes not even for hundreds of rubles, but (one must admit) - really for a penny.

However, when I had to retire and look for an increase to it (one might say, in odd jobs), I decided to forget about my vow. Moreover, the gentlemen from the Pension Fund over the years have become so impudent that pensioners are already cheated by thousands (and not just one), and, which is typical, they have been cheated for years.

After that, due to compensations, if they can be sued, the pensioner could easily buy a TV, tablet or smartphone, albeit not of the highest class. And when, at the request of my fellow retirees who have received yet another refusal to recalculate their pension, I have to calculate a new pension size for them, I just get lost.

After all, there was, it turns out, a time when everything was quite simple - I gained a lot of experience, received, accordingly, a pension significantly more than others. Now times, as you know, are different - the pension reform is over, and many of its provisions will not go anywhere, even if we take and cancel the increase in the retirement age.

It is clear that there is nothing even to count on, but the Pension Fund of Russia is in all seriousness proud of one of the latest innovations. Of those that should somewhat soften the tough blow that reform has turned out to be for all who have a pension yet to come.

The point is that there is now a new benefit for Russians with a long work record - they can retire early. The FIU argues that this new condition appeared in connection with the latest changes in the pension legislation - that is, immediately after the reform.

To be precise (as in the Pension Fund), then almost from January 1, 2019, although in fact practice shows that the norm today does not always work, and not for everyone. Let's just say - only in extreme cases.

Nevertheless, in order to get the right to retire early on old age, men can (or rather need to) accumulate 42 years of experience, and women - 37 years. But what size the pension will be with such an early exit is a separate topic altogether. So far, I simply do not have a single real example of such a retirement.

A little later, or rather, much later (for which special thanks to pension reformers), another "extreme" standard will begin to operate. Anticipating the innovation, let me remind you that until now it took only five years of work experience to receive the minimum pension.

But now they are going to change this soft norm. It is planned that in order to assign an insurance pension by 2024, citizens will be required to accumulate at least 15 years of experience. It looks like both men and women. If they live, of course.

And it only seems that 15 years is not so much. But what does this mean for those who worked all the 90s either in the gray, or, for example, shuttle, without official registration, at least according to the work book, or earned a living in such offices, which today you will not find a trace? 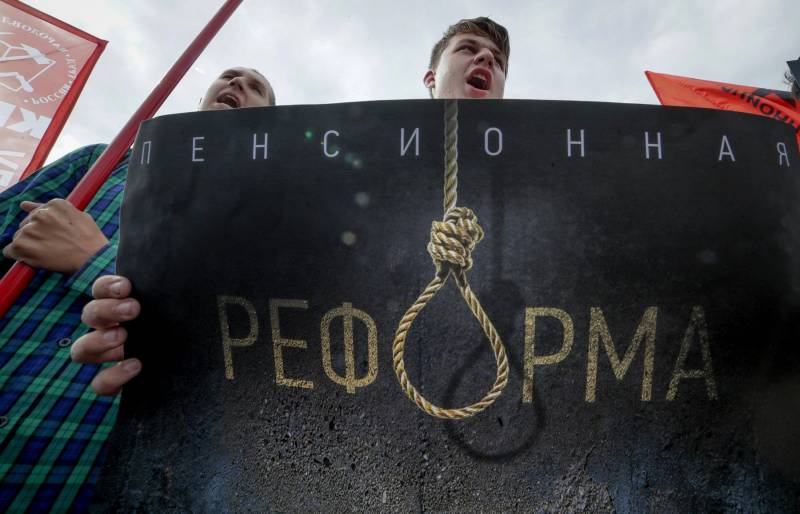 Count it, but don't even count

But with the experience of 2002-2014, which the reformers simply famously turned into nothing, this is by no means an extreme case. Rather typical. From the point of view of the very approach of the pension bureaucracy to the topic.

For those who retired during these years (the author was a little late), this is, one might say, a blow below the belt. Firstly, this is because in the “fat” zero salaries in terms of currency were very good for many. Secondly, because after the crisis of 2008-2009 and even before the sanctions, pensions were at the very least, but still indexed.

And with a fair calculation, based on 75 percent of the salaries of that time, very many could receive very good sums today. But this is subject to the availability of funds in the FIU. And they, as is well known from the documents that preceded the pension reform, mysteriously disappeared into oblivion.

However, today I have a completely different topic on my agenda - work experience, and all the benefits and preferences associated with it. And the experience of 2002-2014 could well give pensioners quite a lot, in addition to the actual size of pensions. Moreover, at that time the not the most ruthless Federal Pension Law number 173 was in force.

Those who managed to retire just in the zero or early tenths, he directly affects, even despite the reform and the beginning of the operation of laws with different numbers. By the way, they generally only needed a confirmed minimum five-year work experience and the availability of insurance contributions to the Pension Fund of the Russian Federation.

Just because until 2002, citizens simply did not have any pension capital, and they needed data on work experience. About the experience until 2002. If a man had more than 2002 years of service before 25, and a woman more than 20, then each year he added 1 percent to their pension. Remember this rate - 1 percent. About her at the very end.

I often remember how easy and simple my mother-in-law and father-in-law, now, alas, the deceased, who had a minimum of benefits of a different kind, managed to get their additional interest. Although now they would have burned up in a blue flame because of inflation, which is still carefully veiled by the Central Bank.

When the 173rd law was adopted, this actually meant the direct cancellation of all length of service, and not only for 2002-2014, since the length of service was only recorded, but practically did not give the pensioner absolutely nothing. The amount of pensions has become entirely dependent only on the amount of paid insurance premiums.

They should be indexed, like the pensions themselves, but it has been written more than once that indexation does not apply to working pensioners. However, although some influence of work experience still persisted - to calculate the fixed payment that the state guaranteed when calculating the amount of the insurance pension of a particular citizen.

At a time when Law 173 was still in force for everyone, there were no intricate combinations with the number of pension points in the calculations of the Pension Fund until 2014. On the other hand, the total insurance experience that a citizen received by the time of retirement directly influenced (and still does) on the increase or decrease of that very fixed payment, which is from the state.

Here, it turns out, the dog is buried. When five years ago, even before the notorious reform, a new pension law came into force - already at number 400, it seemed to have canceled the previous pension legislation. However, it did not change the system of applying the norms for calculating labor pensions.

The size of old-age labor pensions, both under the 400th law, and even after the reform, as before, are determined by the norms of law number 173. By the way, in article 36 of the current legislation (that is, the 400th law), which determines its entry in force, and it is said:

Part 3. From the date of entry into force of this Federal Law, the Federal Law of December 17, 2001 No. 173-FZ "On labor pensions in the Russian Federation" is not applied, with the exception of the rules governing the calculation of the amount of labor pensions and subject to application in order to determine the size insurance pensions ...
What does this mean in practice? And the fact that the norms relate to the calculation of not the insurance part of the pension, but namely the labor pension - that is, the entire pension. It also, according to the law, consists of the insurance part and the very fixed payment from the state.

So, pensioners, be vigilant, the Pension Fund may not tell you that not only the size of old-age labor pensions should be calculated in the old way, but also the amount of the insured person's estimated pension capital, which is used to calculate the labor pension. That is - the same insurance part of the old-age pension.

For those who retired at a time when the main law was not the 400th and not the ones brought with the reform, but the modest 173rd, and has a long experience (like my father-in-law and mother-in-law), I can recall only one his rate. Which, by the way, has not been canceled.

Ctrl Enter
Noticed oshЫbku Highlight text and press. Ctrl + Enter
We are
A great interview with Sergey Lavrov: about Ukraine, Obama and IranWhat you didn't want to know about England
72 comments
Information
Dear reader, to leave comments on the publication, you must to register.