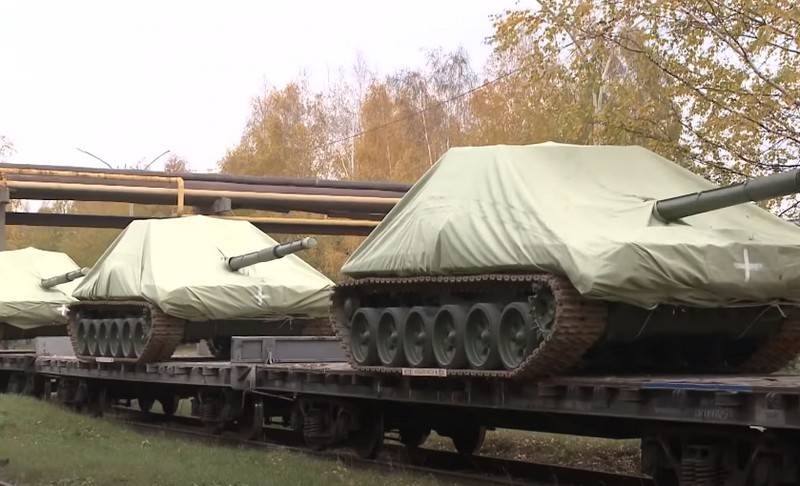 The Russian Defense Ministry received another batch of modernized tanks T-72B3, overhauled. This was reported by the press service of the Uralvagonzavod concern (UVZ).


According to the concern, the tanks were transferred as part of the state defense order. The T-72B tanks received from the military department's repair fund were modernized with a major overhaul. The number of the transferred equipment is not mentioned in the message.

The work was carried out as part of the state defense order, in accordance with the conditions of which the T-72B tanks received from the repair fund underwent overhaul and deep modernization to the level of T-72B3
- said the press service of UVZ.

It is specified that all modernized T-72B3 tanks of this batch received Russian thermal imagers instead of previously installed foreign ones.

Thermal imaging channels of Russian production are not inferior in their characteristics to previously installed foreign ones
- said in a statement.

T-72B3 is an upgraded version of the T-72 main battle tank. The T-72B3 has more powerful engines of 1130 hp, an improved fire control system with a digital ballistic computer, a sight with a laser rangefinder and an anti-tank missile control system, and the latest generation of digital communications. In addition, tanks are equipped with a rearview camera to facilitate reversing.

In early September this year, Russian Defense Minister Sergei Shoigu announced that the entire fleet of T-72 tanks in Russia would be upgraded to the level of T-72B3.
Ctrl Enter
Noticed oshЫbku Highlight text and press. Ctrl + Enter
We are
UVZ received a contract for the modernization of T-90A tanks to the level of T-90МReports from the militia of New Russia for 27-28 September 2014 of the year
71 comment
Information
Dear reader, to leave comments on the publication, you must to register.