An irritant for India and the US: Pakistani-Russian military exercises start in Pakistan 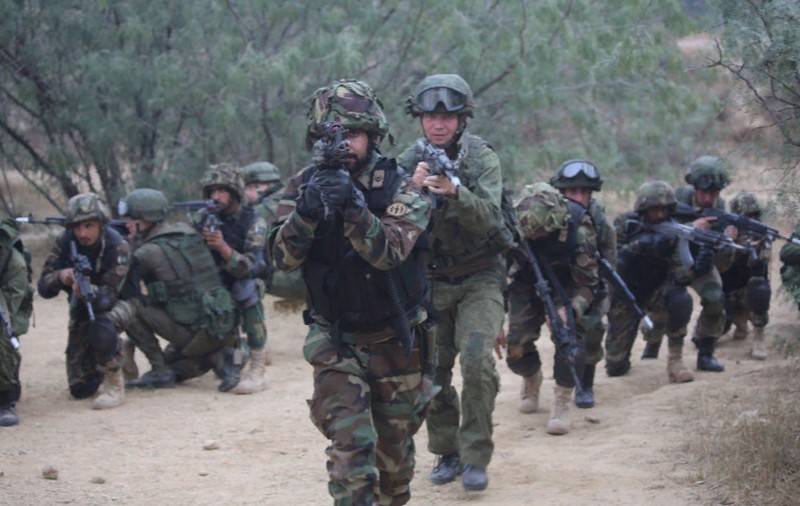 Today, November 5, the joint Russian-Pakistani military exercises "Friendship-2020" will start in Pakistan. This was reported by the press service of the Southern Military District.


Joint exercises of the Russian and Pakistani military have been held since 2016. On the Russian side, fighters from motorized rifle divisions and special forces of the Southern Military District participate in them. This year, more than 70 special forces from the 49th combined-arms army of the Southern Military District, stationed in the Stavropol Territory, went to Pakistan. In total, about 150 servicemen of the two countries will take part in the exercises.

The main objective of the exercise is to develop and strengthen military cooperation between the armed forces of Russia and Pakistan.

The exercise "Friendship-2020" in accordance with the plan of international military cooperation will be held on the territory of the special operations forces range in the village of Tarbela, as well as on the basis of the National Counter-Terrorism Center in Pabbi of the Islamic Republic of Pakistan from 5 to 21 November
- said in a statement.

It is noted that this will be the third joint exercise held in Pakistani territory, two more were held in Russia - in the Kuban and in the mountains of Karachay-Cherkessia.

Earlier, the United States said that the strengthening of Pakistan's relations with Russia hinders the influence of the United States on Islamabad. This was stated in the report of the Office of the Inspector General of the US Department of State.
Ctrl Enter
Noticed oshЫbku Highlight text and press. Ctrl + Enter
We are
Units of the motorized rifle brigade deployed in Chechnya have begun training in the Stavropol regionUS expert community is trying to identify ways out of the Afghan impasse
13 comments
Information
Dear reader, to leave comments on the publication, you must to register.