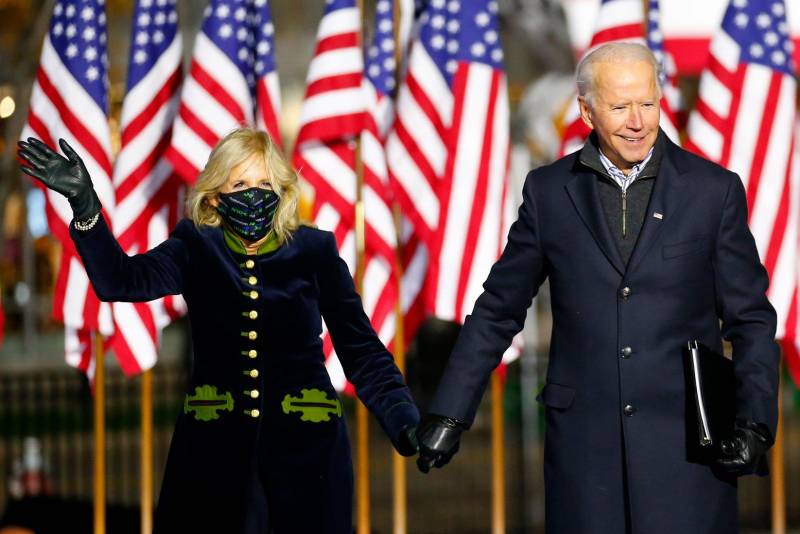 Continuing to receive reports on the counting of votes cast by voters in the US presidential elections. As of 5:00 Moscow time, the alignment was in favor of US Democratic Party candidate Joe Biden.


Let's remind that in the USA there are indirect presidential elections. You can get the majority of votes, but lose the election, since the last word is with the electors, and there are their own number from each state. For example, from Alaska - three, and from California - 55. Such a spread in the United States is explained by the size of the population in different states.

For the final announcement of victory, Biden only needs to enlist the support of 5 more electors. Therefore, the victory of Donald Trump in such a situation appears solely as a purely theoretical possibility.

And this is how the map of the distribution of votes looks: 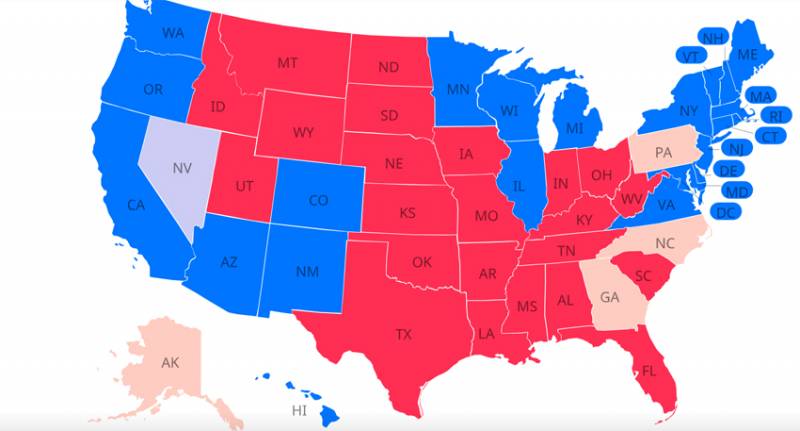 The states where Trump is celebrating the victory are in red, and Biden is in blue. There are also wavering states where the vote count continues.

I'm sure we will come out victorious. But this will not only be my victory. This will be a victory for the American people.
Ctrl Enter
Noticed oshЫbku Highlight text and press. Ctrl + Enter
We are
Reports from the militia of New Russia for 27-28 September 2014 of the yearYuri Drozdov: Russia prepared the role of the sacrificial calf
85 comments
Information
Dear reader, to leave comments on the publication, you must to register.