Fiasco in the fight with the F-22A or another batch of bluffs from Mr. Bronk? 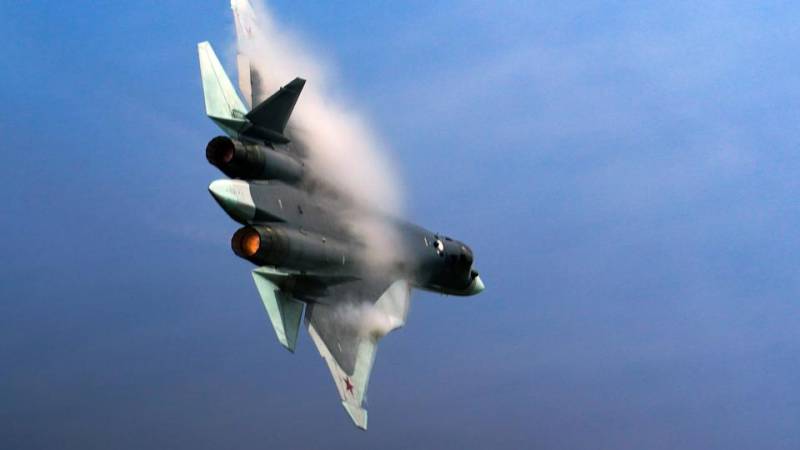 Undisputedly trained by a British military expert in combat aviation and the Air Force by Justin Bronk for Whitehall (the British Defense Department) another detailed Whitehall Report 3-20, published in the Publications section of the official portal of the Royal Joint Research Institute RUSI, was met with extremely contradictory opinions from both numerous Russian and foreign observers who are superficially aware of the tactical and technical parameters of avionics and electrodynamic characteristics of Russian multifunctional fighters of the transitional and 5th generations, as well as from much more highly specialized expert communities devoted to the subtleties of the functioning of numerous types of airborne radars, optoelectronic complexes and airborne defense systems for Russian and Western tactical fighters.

In particular, in one of the sections of his detailed report, Mr. Bronk noted a number of critical tactical and technical shortcomings of the Russian multifunctional fighters of the 5th generation Su-57, which, in his opinion, exclude the possibility of these machines retaining confident air superiority in opposition to subtle multi-role fighters F-22A and other 5th generation fighters of the enemy.

Exaggeration under the sauce of distortion is a characteristic feature of Western European expert communities.

As a primary drawback, the author of the report, in the best traditions of Western European and American military analytical portals, named the impressive effective scattering surface (EPR) of the Su-57, which is supposedly 20 times greater than the effective reflecting surface (EOC) of Raptors and is due to the first, the use of advanced mobile (mechanized) influxes at the wing root in the aerodynamic configuration of fighters, which contribute to an increase in the reflection coefficient of electromagnetic waves; secondly, - the presence of straight air ducts that expose the blades of the AL-41F1 / "Product 30" TRDDF compressors in front of the microwave radiation of the onboard radars of fighters and other means of enemy radar detection / guidance; thirdly, - the use of a massive radio-contrast cover in the design of the cockpit canopy (also increasing the total EPR of the machine), and finally, fourthly, - the presence of a quantum optical-electronic sighting complex OLS-50M and optical-electronic suppression complexes towering above the surfaces of the fuselage forming 101KS-O.

Bronk also mentioned a noticeably larger (than that of the F-22A) infrared signature of the Su-57, due to the absence of flat nozzles and proper shielding of the nacelles of the AL-41F1 / "Product 30" double-circuit afterburner turbojet engines, as well as the much lower MTBF of the onboard AFAR- Radar Н036 "Belka", which the author of the above report linked allegedly with the low experience of Russian enterprises of the radio-electronic industry in the field of large-scale production of low-noise microwave transistors based on solid-state gallium arsenide and gallium nitride monolithic integrated circuits.

As for the last moment of the drawback noted by Bronk, allegedly in the low reliability of the transmit-receive modules in general and the microwave transistors of the AFAR radar N036 "Belka" in particular, this conclusion completely contradicts the real state of affairs in the defense sector of the radio-electronic industry in Russia. Several generations of highly qualified specialists-virtuosos of the Scientific Research Institute of Instrument Engineering named after V.V. Tikhomirova (is the developer of the N036 Belka radar), in the period from 1968 to 2017, who embodied a huge list of projects of high-energy radar systems based on passive and active phased array systems of various wavelengths (from a dual-band decimeter-centimeter airborne radar 8B "Zaslon" for long-range interceptors of the MiG-31B family up to N035 "Irbis-E" radar for Su-35S fighters and 9S36M illumination / guidance radars for military air defense systems "Buk-M3"), formed a huge reserve for the design of the latest AFAR radars with receiving and transmitting modules based on MIS.

Also, in the design of the element base of the transmitting and receiving paths of the onboard radar N036 "Belka", no less highly qualified specialists of the "Corporation" Fazatron-NIIR "JSC, who several years earlier mastered the unique technology of developing microwave transistors based on substrates ceramics (LTCC, - Low Temperature Co-fire Ceramic), which was embodied "in the hardware" of the prototype of the Zhuk-MAE radar to equip the MiG-35 multipurpose fighters. Therefore, such loud statements of Mr. Bronk about the incompetence and little experience of the NIIP them. V.V. Tikhomirov and "Fazatron-NIIR" in the development and serial production of PFAR / AFAR radars, as well as the low reliability of these products are absolutely not true.

As for the other above technological shortcomings of the Su-57, mentioned by Bronk in the Whithall Report 3-20, they should be considered in more detail. So, a noticeably large effective scattering surface (in comparison with the Raptor) of the promising "Drying", due to the movable influxes at the root parts of the wing, direct air ducts with an open architecture of the blades of the TRDDF compressors, as well as the cover of the cockpit canopy and "carried out" above the surface of the contours fuselage with optoelectronic modules, it really takes place; but the difference between the EPR / image intensifier (radar signature) of the Su-57 and the F-22A "Raptor" is far from 20-fold, as the young British expert dreams of. Based on the information periodically appearing on the pages of very competent Russian and foreign military-analytical sites, we can conclude that the RCS of the Su-57 is about 0,2 - 0,3 sq. m, only 3 - 4,3 times higher than the effective reflective surface of the F-22A (0,07 - 0,1 sq. m).

The AN / APG-77 airborne radars of the F-22A fighters are capable of detecting and “linking the tracks” (tracking on the passage) of similar targets at a distance of about 155-170 km, capturing them for precise auto-tracking at a distance of about 125-135 km, in while the radar N036 "Belka" of the multifunctional fighters Su-57, which has more high-energy microwave transistors, will be able to find and capture the F-22A for accurate auto-tracking at similar distances due to the lower EPR of the latter. The conclusion is as follows: in duel situations, in the case of equipping both types of vehicles with long-range air combat missiles AIM-120D and "Product 180", equipped with highly sensitive ARGSN and dual-mode solid propellants (provide an effective range of 140-160 km when launched from the upper layers of the troposphere and lower layers stratosphere), links F-22A "Raptor" and Su-57 will have approximately equal chances of a successful outcome of long-range air combat; but with certain nuances.

Possessing auxiliary antenna AFAR-modules for side-looking N036B-1-01L and N036B-1-01B, onboard radar systems N036B Belka will provide Su-57 pilots with the possibility of continuing to escort the F-22A even at the time of an anti-missile maneuver with a flight course change of 90 -120 degrees, thanks to the formation of a specialized "tracking file", which transmits the coordinates of targets that go beyond the 70-degree viewing area of ​​the main AFAR canvas, to the controllers for controlling the side panels of active PAA with the above indices. Moreover, by targeting both the main AFAR canvas and the side AFAR modules of the Belka complex, super-maneuverable RVV-MD air combat missiles with an interceptor thrust vector deflection system can be launched to intercept the attacking AIM-120D missiles. 180 ", adapted to intercept enemy missiles. Meanwhile, one should not overlook the fact that the side canvases of the AFAR have a noticeably smaller aperture and energy potential, therefore, the F-22A can be escorted when performing an anti-missile maneuver at a distance of no more than 50-70 km.

As for the Raptors, during the anti-missile maneuver (when the Su-57 leaves the 60-degree coverage area of ​​the AN / APG-77 radar), the pilots of these machines can only rely on the data provided by the distributed aperture of 30 interferometric sensors of the system radiation warning / electronic reconnaissance AN / ALR-94, which will provide information exactly as long as the radar H036 (Ш-121) of the Su-57 fighter will operate in active mode (for radiation). The pilot of our car, in order to increase the level of stealth, can easily use the OLS-50M, disabling the Belka at the moment the Raptor is performing an anti-missile maneuver. As you can see, the advantage is slowly but surely shifting to the side of the Su-57. As for the high infrared visibility of the Su-57, due to the lack of heat-absorbing shielding of the engine nacelles and the circular cross-section of solid propellant rocket nozzles, this is a typical “chronicle” characteristic of the entire “Su” family, which can be eliminated at the stage of serial production of machines of the 2nd stage, equipped with TRDDF "Product 30".

Ctrl Enter
Noticed a mistake Highlight text and press. Ctrl + Enter
We are
Are the Su-35S combatant ready for the confrontation with the F-22A? All hope for Vympel ICDSituational analysis of the death of the MH17 flight (Malaysian Boeing 777), made on the basis of engineering analysis from 15.08.2014
134 comments
Information
Dear reader, to leave comments on the publication, you must to register.