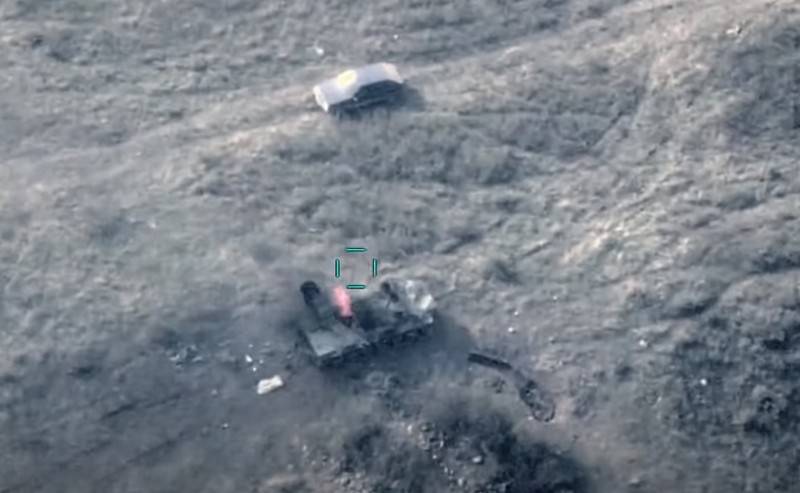 The Azerbaijani Defense Ministry announced the destruction of the M-55 anti-aircraft gun of the Armenian Armed Forces. The corresponding video was posted on the official channel of the Azerbaijani military department on YouTube.


According to the Azerbaijani military, a 3-gun anti-aircraft gun M-55 of 20 mm caliber based on MTLB was brought to one of the heights in the Khojavend direction to defeat low-flying targets, but was destroyed.

On November 3, in the afternoon, an accurate fire destroyed one anti-aircraft gun of the Armenian armed forces "M-55", brought to one of the heights in the Khojavend direction of the front
- said in a statement.


In addition, it was stated in Baku that the Azerbaijani army has a significant advantage in the Khojavend direction.

In turn, the Ministry of Defense of Armenia announced the destruction of three Azerbaijani tanks in the southern direction in the zone of the Karabakh conflict. The tanks were knocked out by units of the Artsakh Defense Army when they tried to attack.

In the southern direction today at 10:30 three enemy tanks were knocked out, which went on the offensive
- said the press secretary of the Armenian military department Shushan Stepanyan.

This message has already been denied in Baku, calling it "untrue."

Meanwhile, the Armenian Single Information Center operating under the Armenian government today, November 4, published information on the losses of the Azerbaijani army since the beginning of the conflict in Nagorno-Karabakh.

Ctrl Enter
Noticed oshЫbku Highlight text and press. Ctrl + Enter
We are
New war in the Caucasus be?Iranian elbows in the South Caucasus
96 comments
Information
Dear reader, to leave comments on the publication, you must to register.