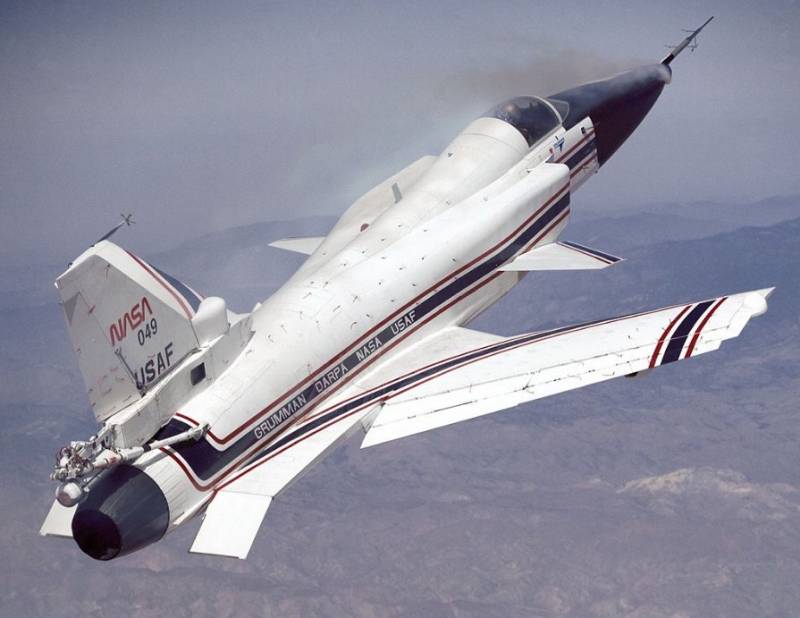 The EurAsian Times has an article about the "most impressive" aircraft in stories aviation, which had extraordinary characteristics, but never entered mass production.


By the end of the 1970s. in the American military department, they became more and more clearly aware of the need to modernize military aviation, including taking into account the new opportunities that are opening up thanks to the use of composite materials and progress in the field of electronics. As now, the Defense Advanced Research Projects Agency (DARPA) was responsible for the latest developments in the military department. His managers began to search for a company that would be able to fulfill the order for the production of 2 innovative aircraft. The order was valued at $ 87 million.

By 1981, DAPRA had decided on a contractor. It was Grumman Aerospace. It is now the Northrop Grumman Corporation headquartered in Falls Church, Virginia. It is rightly considered one of the three pillars of the US aviation industry and competes on equal terms with such "monsters" of the aircraft industry as Boeing or Lockheed Martin.

It was Grumman in December 1981 that received a contract for the production of two aircraft and began to fulfill it. It took just three years for the company's specialists to develop a prototype of the aircraft, which the author of the EurAsian Times Mansij Astkhan called the most impressive aircraft in the history of world military aviation.

The experimental aircraft was named the Kh-29. It was made according to the "duck" scheme - an all-turning front horizontal tail of a trapezoidal shape and a negative swept wing. The root part of the wing in the tail part turns into an elongated influx, ending in flaps related to the aerodynamic control system of the aircraft.

Due to the complex geometry of the wings, the aircraft turned out to be extremely maneuverable and light. The air flow over the wings with a straight sweep was directed inward, towards the base of the wing, and not outward, towards the wingtip, as it happens on a wing with a rear sweep.

In 1984, the Kh-29 made its first flight, after which it was tested for more than three hours for 2 years. In total, the Kh-29 performed 422 research flights, during which specialists studied and analyzed many indicators of the maneuverability and controllability of the aircraft. 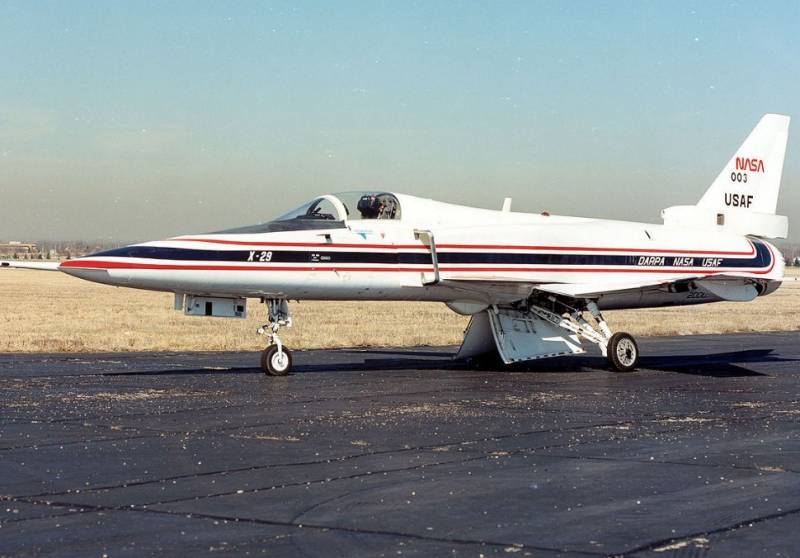 However, the plane never entered mass production and, consequently, was never used by the American military aviation. The main reason why the military department abandoned the idea of ​​mass production of the X-29 was the high risk of structural destruction. The straight swept wing design was considered so dangerous that only now modern computer systems can ensure the performance of such an aircraft. At that time, it was extremely difficult to do this.

If all three on-board digital on-board computers went out of order at the same time, the X-29 would explode so quickly that the pilot would not even be able to eject.
- emphasizes the historian Christian Geltser.

However, although the X-29 was never adopted for service, some of the technologies first tested in it are now widely used in the production of modern fighters. In particular, it was the X-29 that launched the widespread use of composite materials to reduce the total weight of an air vehicle.

The prototype itself - the X-29A aircraft with serial number 82-0003 - can always be seen in the public display at the National Museum of the United States Air Force at Wright Patterson Air Force Base near Dayton, Ohio.

Ctrl Enter
Noticed oshЫbku Highlight text and press. Ctrl + Enter
We are
December 2010 years. Russian March. Senseless and merciless? Notes not a Russian personIn 5-10 years, Russia will be rejected in the stone age?
80 comments
Information
Dear reader, to leave comments on the publication, you must to register.