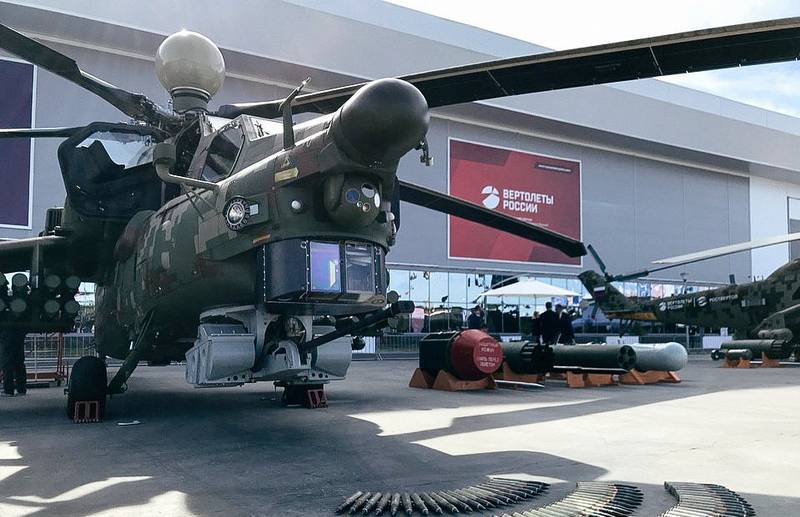 The United Engine Corporation (UEC) has completed bench tests of the VK-2500P engine, and the assembly of the first production models of engines for the modernized Mi-28NM Night Hunters has begun. This was reported by the press service of Rostec.

Bench tests of the VK-2500P engine intended for installation on the upgraded Mi-28NM helicopter are completed (...) the power plant fully complies with the declared characteristics and is ready for serial production
- Said the press service.

According to the executive director of JSC "UEC-Klimov" Alexander Vatagin, the assembly of the first serial samples of the engine has already begun.

The engine implements solutions that allow to control the resource characteristics depending on specific operating conditions. In terms of its technical capabilities and performance, VK-2500P meets the most modern requirements for helicopter engines
- he explained.

VK-2500P is a modification of the VK-2500 engine, based on the experience of using helicopters in Syria. Compared to the base engine, the new version has a modernized automatic control system and a protective system that restores the normal operation of the engine when it stops, when powder and exhaust gases get in and when surge occurs.

Ctrl Enter
Noticed oshЫbku Highlight text and press. Ctrl + Enter
We are
The development of the engine for the "Night Hunter" (Mi-28НМ) is completedRussian engines NK-33 / AJ26 launched American Antares rocket into planned orbit
117 comments
Information
Dear reader, to leave comments on the publication, you must to register.