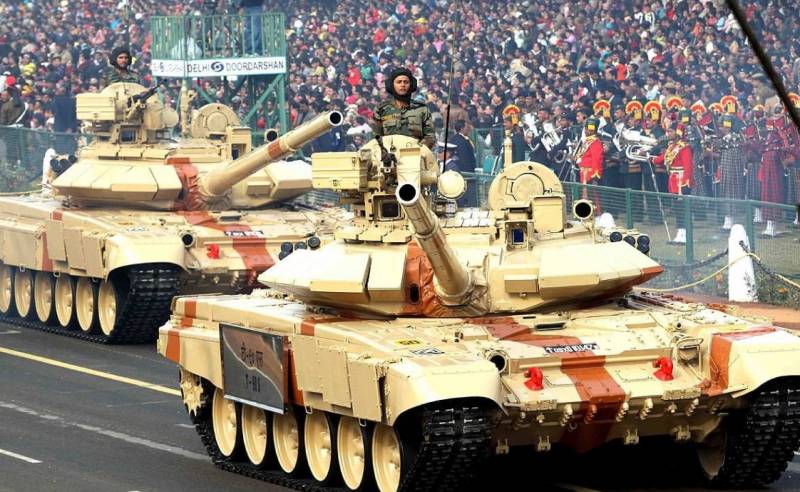 The recent conflict between India and China made the world compare the strength of the armies of the two Asian powers. According to a number of experts, the presence of thousands tanks in the Indian land forces does not yet give them an advantage in real confrontation in the highlands.


Although fighting on the border between India and China has ceased, both countries do not stop preparing for a possible armed conflict. India is pulling additional forces into mountain Ladakh, and China is acting in a similar way. Apparently, the main hopes of the command of the Indian armed forces are connected with the use of the powerful potential of the Indian tank forces: they are going to concentrate T-90 Bhishma and T-72 tanks on the border with China. Soviet-designed tanks are preferred, as they have shown efficiency in conditions of high altitudes above sea level.

Panzer units of the Indian army are stationed at key points in the province of Ladakh, including the Depsang plain. But will hundreds of T-72s and T-90s help defend the region from a possible Chinese invasion? Now the methods of warfare are changing, and the presence of a large number of tanks and other armored vehicles is no longer a defining advantage.

In mountainous conditions, on difficult terrain, heavy tanks become practically useless. Even many high-ranking Indian military personnel in the past do not doubt this. For example, Lieutenant General D.S. Huda, formerly the commander of India's Northern Army, claims that in an era of increasing use aviation, especially unmanned, the role of tanks is significantly reduced.

General Khuda cites the situation in Nagorno-Karabakh, where the Azerbaijani army, with the help of drones, was able to achieve rapid dominance on the battlefield as an example of the fiasco of a strategy that focused on tanks.

The general's reflections are also quite relevant for the Indo-Chinese conflict. After all, not so long ago, President of the People's Republic of China Xi Jinping, speaking about the People's Liberation Army of China, called for further progress in the development and testing of unmanned aerial vehicles. It is no secret that the PRC is also very actively intending to use UAVs in any potential armed conflicts.

It is likely that in Ladakh, China will try to use the Turkish experience of destroying main battle tanks using drones. As you know, Turkish-made UAVs have proven themselves well in the wars in Syria, Libya, and now in Nagorno-Karabakh. For example, Soviet-made main battle tanks, and such MBTs are in service in India, were quite easily destroyed by unmanned aerial vehicles. Now the Chinese military considers the Indian T-72 and T-90 tanks as a weak link in the defense of Ladakh and, probably, it is precisely on them, in the event of a conflict, that the attack of the Chinese unmanned aircraft will be directed. This is the opinion of the retired Indian military, noting that it is the Chinese drones that can become the main threat to the tanks of the Indian Armed Forces. 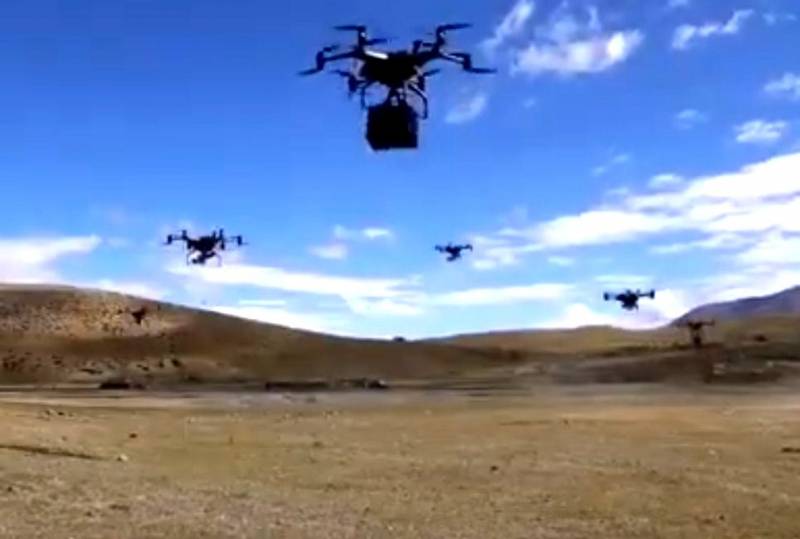 China is already practicing the tactics of using a swarm of drones in the mountainous terrain of Tibet
Observer Mansij Astkhan writes that the MAM-L UAVs, together with the deadly Bayraktar TB2 drones, have achieved tremendous success in destroying enemy tanks, armored vehicles, infantry, air defense systems, and artillery guns. Of course, it is extremely unlikely that China will use Turkish drones, given the difficult relationship between the two countries, but one should not forget about China's own developments in this direction.

There are tempting prospects for China to act against the Indian armored group from the territory of Tibet, launching drones that attack and destroy Indian tanks. It is unlikely that the Indian army, even with the generous appropriations that New Delhi allocates for defense today, will be able to oppose anything to such a strategy of the “Chinese comrades”.

In addition, do not forget that India is bordered by its sworn enemy Pakistan, which is simultaneously a military partner of China and in the event of a large-scale conflict, even if it does not fight with India itself, will be able to provide its territory for the needs of the Chinese armed forces. forces. The same applies to Myanmar, which has long been in the orbit of Beijing's political influence.

Ctrl Enter
Noticed oshЫbku Highlight text and press. Ctrl + Enter
We are
India called the reasons for the "advantage" of its army over the Chinese in LadakhIndian tanks in Ladakh: the sad experience of using USSR tanks in the mountains of Afghanistan is not taken into account
16 comments
Information
Dear reader, to leave comments on the publication, you must to register.