Interest in the Russian Arctic has increased: what's next 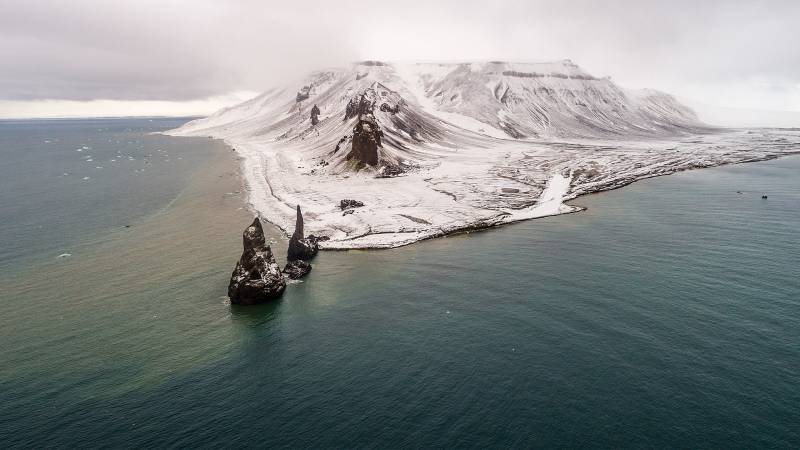 I have previously written about the Russian military grouping in the Arctic. The Ministry of Defense of the Russian Federation is successfully implementing plans to ensure the security of the northern regions of Russia, the Northern Sea Route and the northern borders of the Russian Federation. The presence in Russia of units and subunits that are truly combat-ready in the Arctic conditions helps to resolve many issues (for example, the question of using Spitsbergen) through diplomatic means.


The Global West is well aware of the difference in the military capabilities of Russia and NATO (USA) in the northern latitudes. And after we tested the air defense and missile defense systems modernized specifically for the northern version, the military pressure on Russia in these latitudes ceased. So has the West really recognized Russia's right to these territories? Western governments no longer want to jointly control and use the Northern Sea Route? Or has the business of Western countries ceased to be interested in the natural resources of this region?

To understand the reasons for the continuing interest of Western countries in the northern regions of Russia, I will retell one history, variants of which can be found today in the oral tradition of many northern peoples.

Once upon a time, a giant hunter lived on Earth. And this giant was lucky, just and so kind that people, wild animals and gods loved him. He helped everyone in difficult times and never took for himself more than was necessary for food and life.

But the time has come for the hunter to go into the spirit world. He lay down on his native land and died. And he was so big that his head ended up in Alaska, his body in Siberia, and his legs in Central Asia. And the gods decided to perpetuate the good memory of this great hunter. So they turned his body into treasures: gold, silver, precious stones, oil, gas and so on. So that people, finding a gold nugget or precious stone, remember it with warmth.

This simple story of the emergence of mineral deposits in Siberia, the Far East and Alaska is still passed by word of mouth by northern storytellers to this day. It seems like a fairy tale, but modern geological science personally demonstrates that not everything in a fairy tale is fiction. In fact, Siberia and the Arctic today are literally packed with minerals and no worse than any treasure. A real pantry of minerals!

For quite a long time, these riches were inaccessible to the West. Technologies did not allow industrial extraction of minerals, and the harsh climate limited the stay of people in the North. The USSR changed the idea of ​​human capabilities. It was in the Soviet Union, even in such harsh latitudes, that industrial enterprises began to work. But the collapse of the USSR stopped many of them.

Today Russia is successfully reviving or building such enterprises in the Arctic. The example of liquefied gas plants has stunned the West. True, it is very difficult for Western countries to recognize the technical superiority of Russian science and industry in matters of creating Arctic technology. Therefore, the popular today "theory of global warming" appeared. It turns out that "the climate has become milder" and it has become easier to live in conditions of permafrost or cold. Consequently, it has become easier to extract minerals where it was previously impossible.

Thus, the task of the Western countries today, by hook or by crook, in any way, not even excluding military intervention, is to gain access to the riches of the Arctic, access to the Northern Sea Route. This is a lot of money in the near future. And Karl Marx's thesis about a profit of 300 percent, which is a tolerance for any (even the most savage) actions of capital, has not been canceled.

Are Russians preparing for a war in the Arctic?

For most readers, the subheading looks somewhat unexpected. What kind of war in the Arctic are we talking about? In the Arctic, in the ice of the Arctic Ocean, collisions are theoretically possible. But the Arctic belongs to Russia. What kind of nonsense have they invented at NATO headquarters? Alas, but conversations (which means there are plans for such operations) are really being conducted in the Western headquarters.

What are such conclusions of Western military analysts based on? Nothing just happens. The US and NATO military budgets are truly huge. Additional funds will not be given just like that. Justification is needed. An explanation is needed for senators and congressmen. And not just an explanation, but understandable precisely for Western business.

Such a document, allegedly showing the impending aggression of Russia, was the Decree of the President of Russia No. 164 of March 5, 2020 "On the foundations of the state policy of the Russian Federation in the Arctic for the period until 2035". For most of those who are interested in the state of affairs in the Arctic, this is a completely "civil" decree, which defines the goals and objectives for the next 15 years.

For those who are not familiar with this document, I will present the essence in a thesis. No decoding or explanation. And there is no need for this.

This is followed by the setting of specific tasks for ministries and departments. This includes the formation of icebreaker, rescue and auxiliary fleets in the Arctic. This is the creation of a control system for ensuring safe navigation and traffic management. This includes navigation, hydrometeorological and hydrographic support of navigation. This is the creation of a system for preventing and eliminating the consequences of an oil spill. Construction of modern ports and expanding the possibilities for the delivery of goods along the rivers.

Everything would be good for the West. Indeed, in the future there is an opportunity to create an icebreaker fleet at least equal to the Russian one. But the President of Russia has supplemented the decree with several points that reduce the confrontation between the fleets to zero. This is the already mentioned possibility of river navigation. This is an expansion of the network of airports and landing sites. It is a public road network.

But the most unpleasant thing for the West is that Putin demanded to improve the information and communication system, which would allow not to use Western technologies for communication, for monitoring the Arctic by means of space forces. In addition, an autonomous power supply system for Arctic cities and towns will be created.

Can this program for the development of the Russian North be called a preparation for war? Probably, having a somewhat perverted understanding of the world, you can. Just like the construction of roads or some kind of enterprise. Everything that the state does, one of its goals really has to strengthen the country's defense capability. But in this case, you need to have a very sick brain in order to consider the strategy for the development of the inner region of Russia as preparation for war.

What's in the future

At first glance, Russia should make every effort to prevent Western companies from entering the Russian Arctic. To close and develop the northern regions on their own. But this is not the case.

Putin has repeatedly stated the need to "work together" with Western partners. This is due not only to the possibility of attracting Western investments to the implementation of some projects, but also by the fact that in many respects the program for the development of the Arctic Circle is a commercial project. For example, according to official data, today the Northern Sea Route provides a traffic volume of 31,5 million tons. After the implementation of the program for the development of the North, their volume should increase by 4-5 times. The officially planned number is 130 million tons!

The situation is exactly the same with the sale of hydrocarbons. Ultimately, all our efforts to create transport corridors to Europe and Asia, the construction of liquefaction plants are just ways to increase trade, increase the profit of the extractive industry.

Hence a simple and clear task for our diplomacy and our business follows. Cooperation should be carried out on terms favorable to us. International treaties and agreements should be drafted in such a way as to exclude situations such as the construction of Nord Stream 2. There should be an understanding that not only the seller wants to sell the product, but also the buyer wants to buy it!

Western companies are well aware of the prospects that are opening up in connection with the development of the northern regions of Russia. But they are also well aware of the fact that the only way to somehow enter into economic projects in the Arctic is to invest in Russian projects. Equity participation, if you like.

This means that our task today is to use the desire to make money for our own purposes. Make friends and cooperate on our terms! All the more so today, when, amid the instability of the global economy, investors are looking for opportunities not only to make a profit, but also simply not to lose money ...

Ctrl Enter
Noticed oshЫbku Highlight text and press. Ctrl + Enter
We are
Situational analysis of the death of the MH17 flight (Malaysian Boeing 777), made on the basis of engineering analysis from 15.08.2014Results of the week. “Now Humpback! I said: Hunchback! ”
122 comments
Information
Dear reader, to leave comments on the publication, you must to register.