Why do they all need aircraft carriers? China

November 4 2020
59
Significant event: almost simultaneously on our beloved The National Interest there were simply incomparable articles on one topic. Aircraft carrier. One of them belongs to the pen of James Holmes, head of the department of naval strategy at the naval college and co-author of the book Red Star Over the Pacific Ocean, which is quite even in intensity of passions. 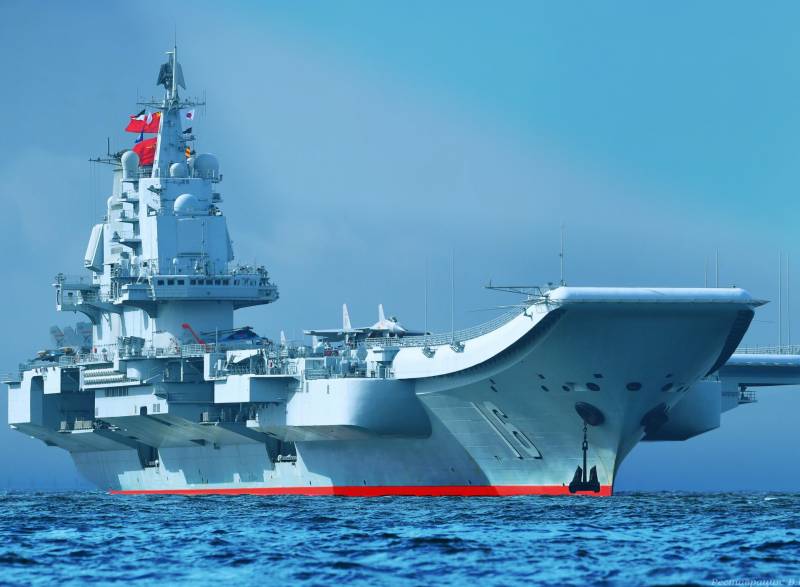 James Holmes looked very closely at the concept of the development of an aircraft carrier fleet China. Let's try to evaluate everything Holmes said from our point of view. 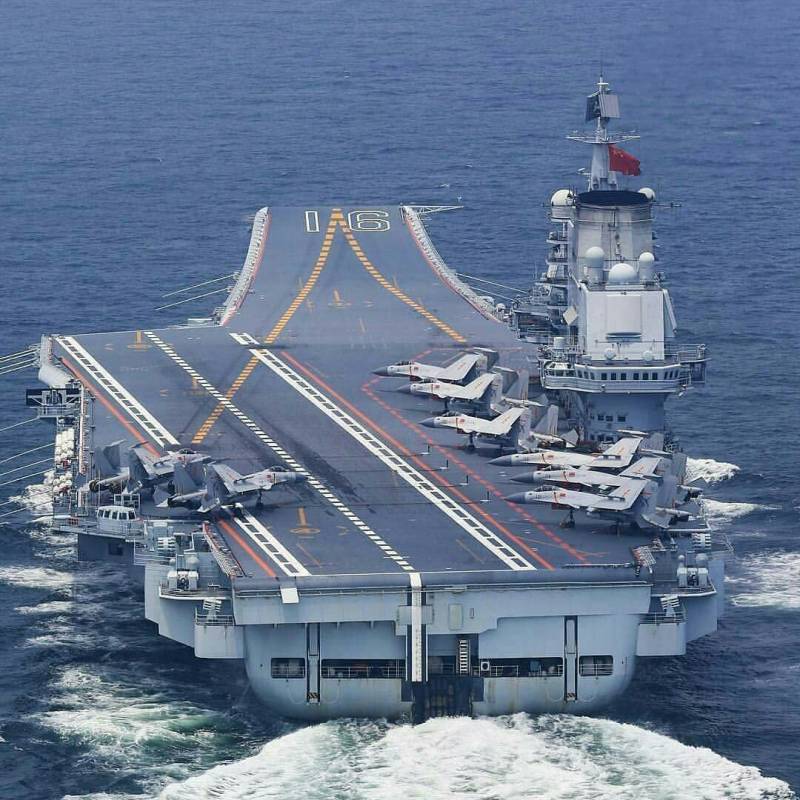 In principle, one can almost agree with this. “In principle” and “almost” - this is because the list of host countries is quite peculiar. Except for the ships under construction, 11 aircraft carriers are in service with the United States, 2 each are in service with Italy and China, France, Great Britain, Spain, India and Thailand have one each. Russia and Brazil have one more aircraft carrier each, but they are not at the stage of operational readiness.

So the club of aircraft-carrying countries looks ambiguous, especially in terms of the participation of Thailand, Brazil and Russia. Although Spain and Italy are very difficult to call the first-class maritime powers, and for this it is enough to look at the payroll of the fleets. And the presence of aircraft carriers in them (with 8 or 16 "Harriers" in the case of the Italian "aircraft carriers") does not make them first-class fleets.

But our goal today is China. 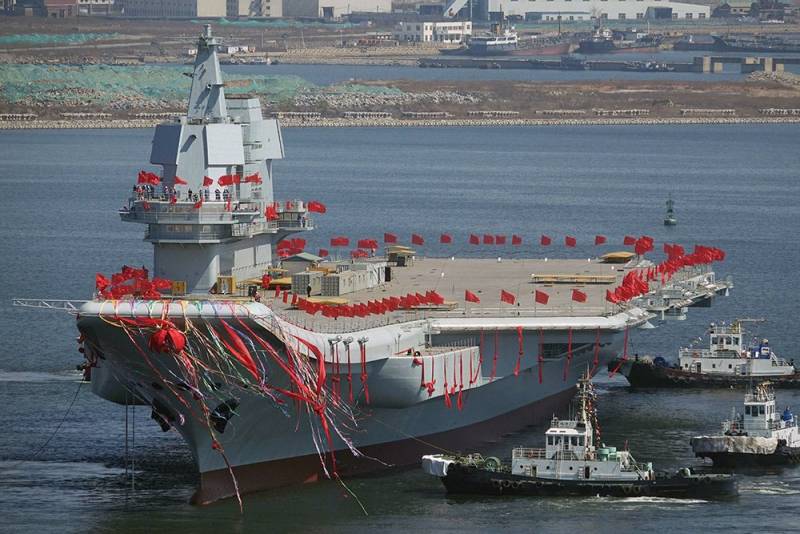 Does China need aircraft carriers? No and yes at the same time. Tactically, the People's Liberation Army of China (PLA) does not particularly need such aircraft carriers, which are available in the PLA Navy. The aircraft carrier is not at all defensive weapon, but quite the opposite.

So for the defense of the western part of the Pacific Ocean and the Chinese Sea, strike groups with aircraft carriers may not be needed. For this it is enough and aviation from coastal airfields and coastal missile systems.

But aircraft carrier task forces can follow the strategic plans of the PRC and exert influence far beyond the borders of China's maritime zone. In the image and likeness of American AUG.

Considering the presence of two aircraft carriers, as well as the general condition of the PLA Navy, it can be concluded that the creation of two strike groups capable of solving strategic tasks far beyond China's borders is not a fantasy and not wasted money. 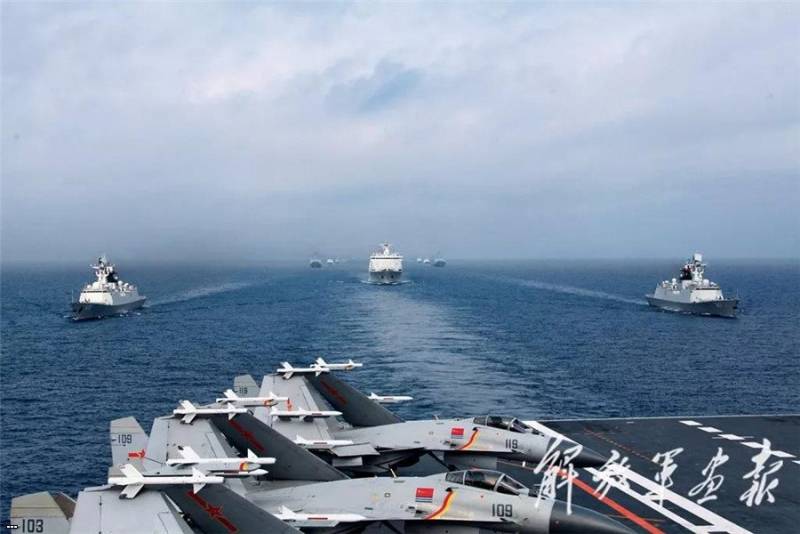 Thus, China is quite capable of claiming to exercise full control over part of the Pacific Ocean, becoming as powerful a strategic player as the US Navy or the Japanese Navy.

Today, China is a completely self-sufficient country in terms of defense, the potential of the armed forces of which can, by force of its navy, coupled with weapons stationed on the coast, neutralize any hostile fleet off its coast and, moreover, block sea routes for both military and merchant shipping. ...

This is especially true in the age of missile and (especially) high-precision weapons, capable of effectively hitting targets at a distance of several hundred miles from the coast. 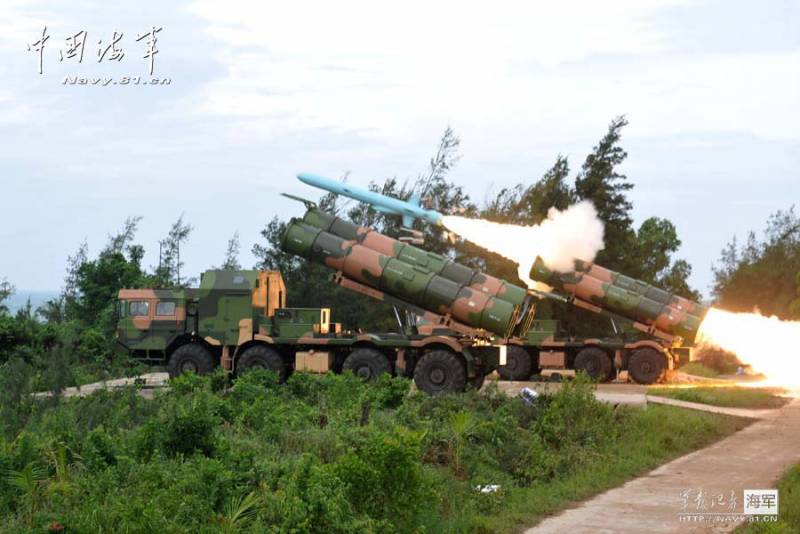 In general, the struggle for control of the sea is no longer limited to the battle formations of ships fighting each other on the high seas. The power of the land can be the power of the sea.

Therefore, even such modest aircraft carriers as the Chinese are valuable because they demonstrate naval power. It is clear that not to the United States (albeit in part to them too), but to the neighbors, which may become potential rivals tomorrow. For example, Vietnam or the Philippines.

Here you need to understand that a neighbor whom you have convinced of your superiority and strength is more likely to become your ally than decides to test you for strength.

Operative groups with the participation of aircraft carriers increase the chance of effectively resolving issues against the most powerful force, which, of course, means the US fleet. More precisely, the US Pacific Fleet plus allies like Japan. 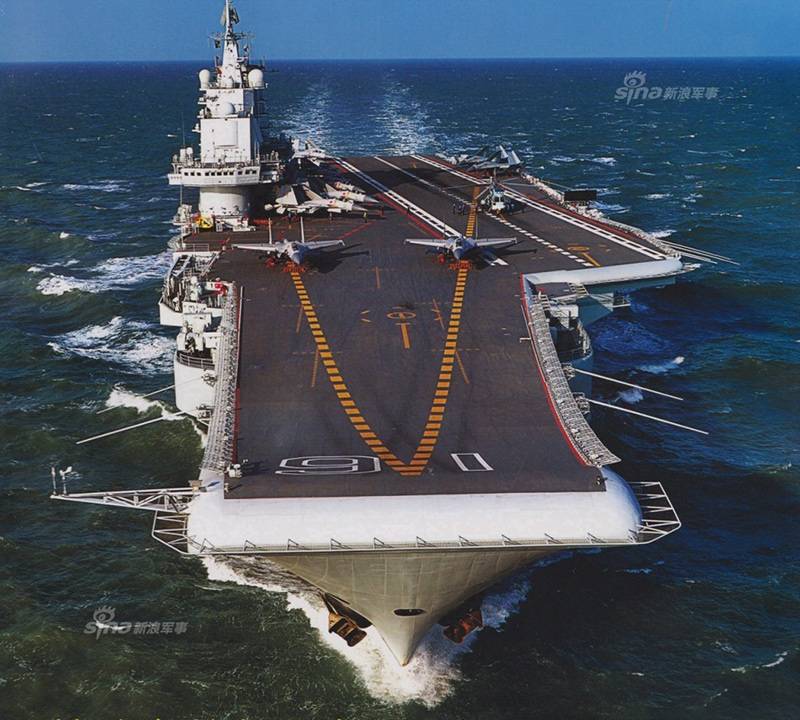 However, the paradox of our time is that large ships such as aircraft carriers, cruisers and destroyers are not a guarantee of an unequivocal victory. There are other, and no less effective ways of inflicting damage on the enemy.

The practice of recent years has shown that ships of a rather small tonnage, such as diesel submarines or corvettes, can deliver strikes no less tangible than ships of large classes. 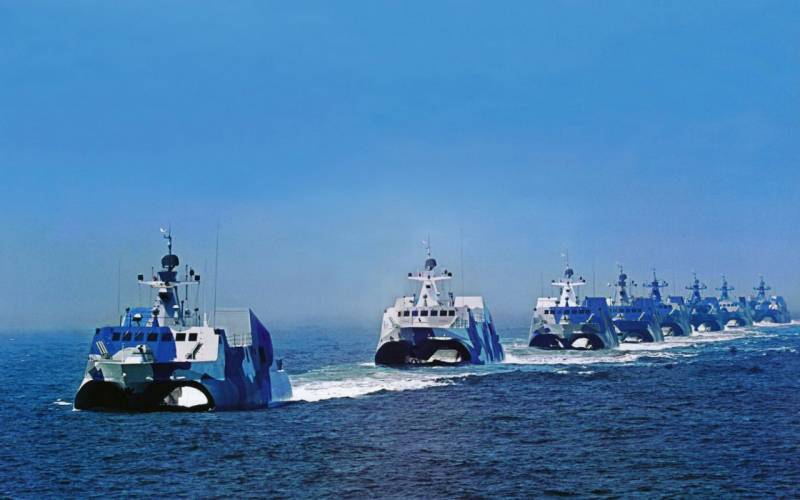 Swarms of attack UAVs, corvettes and missile boats with the support of shore-based aviation and ground anti-ship complexes will be able to destroy anti-ship and cruise missiles, enemy aircraft with the same ease with which larger ships can do it.

This is the basis of the A2 / AD concept for the PLA of China, based precisely on the use of long-range missile systems and mosquito fleets, which simply will not allow the enemy to approach the shores or enter the zone of responsibility without acceptable losses.

But it turns out the following: the more China has the means to implement the A2 / AD concept, the more chances it has for effective use of the surface component of the fleet, including aircraft carriers, away from its shores.

That is, having entrusted A2 / AD with the containment of the enemy's naval forces, China can use part of its forces to control territories (including disputed ones) at a considerable distance from the coastline.

It turns out that the more A2 / AD assets China has, the more firepower the PLA can use in the most important places and at decisive moments. 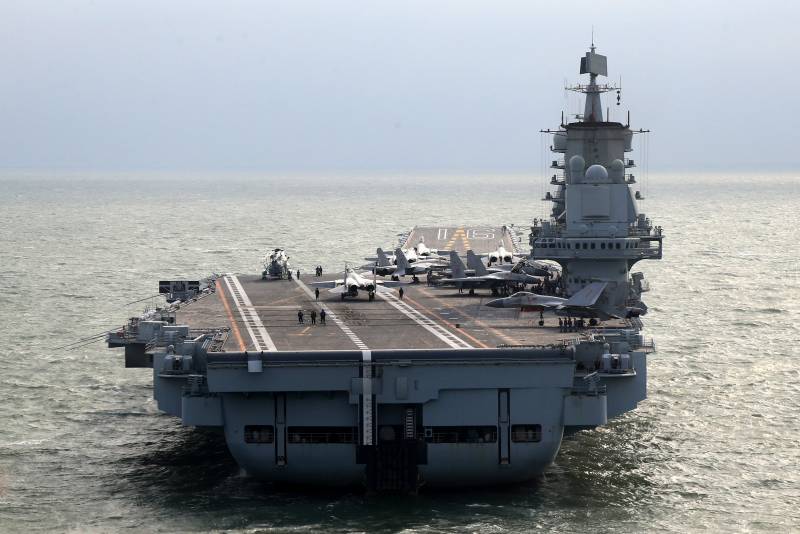 This does not at all devalue the large ships of the Chinese Navy. On the contrary, with a clear planning of strategic operations, coupled with proper diplomacy, and even judging by how aggressively China is pursuing its foreign policy towards nearby regions ...

We are beginning to observe a serious attitude towards the presence of the PRC in important promising theaters: in the Indian Ocean and the Persian Gulf, the entrance to the Indian Ocean from the Pacific Ocean. Yes, these areas are essential for China's energy security and therefore economic well-being.

The more surface fleet the Chinese command can release from service in A2 / AD near their home, the more powerful the expeditionary fleet can be sent to remote corners of the Indian Ocean, such as Djibouti, where China's first overseas military outpost is located; or Gwadar, a Chinese-funded seaport in West Pakistan that borders the approaches to the Gulf; or disputed territories, which China has more than enough. Senkaku, Palawan, Spratly and so on.

The PLA navy will maintain its presence in South Asia even more than in East Asia. Why? More significant region.

In addition, the PLA can solve all military and police actions in East Asia using ground forces. That is, an anti-ship ballistic missile launched from China is optimal for the A2 / AD Pacific region.

But operations in the Indian Ocean for the PLA Navy (both police and military) will have to be carried out by ship forces. Including "friendship" against the constant political rival - India. And the Indian fleet will operate in its region, with the support of its coastal bases.

Thus, sea-based aviation retains its value for expeditionary missions, especially for those deployed outside the A2 / AD security zone and beyond the reach of PLA ground airfields. 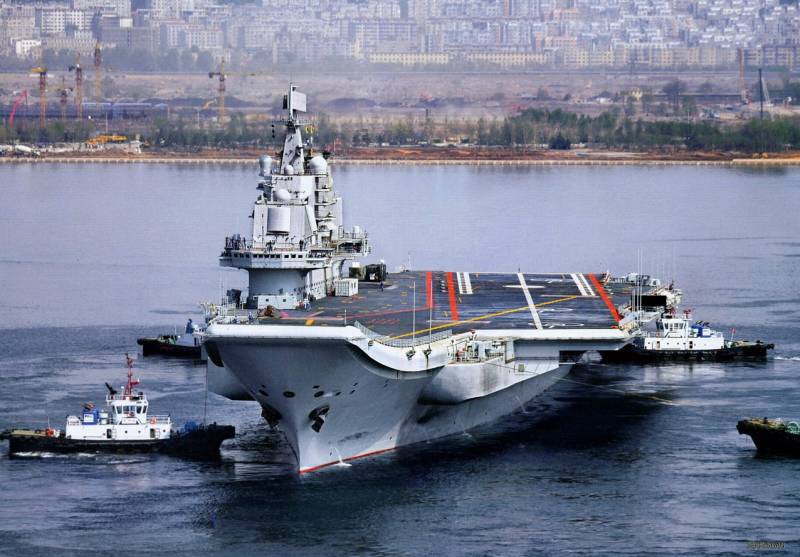 One, let's say, promising American politician who at that time (in 1897) served as Deputy Secretary of the Navy in the administration of President W. McKinley, a certain Theodore Roosevelt, discovered the correct relationship between coastal defense and oceanic combat fleet. 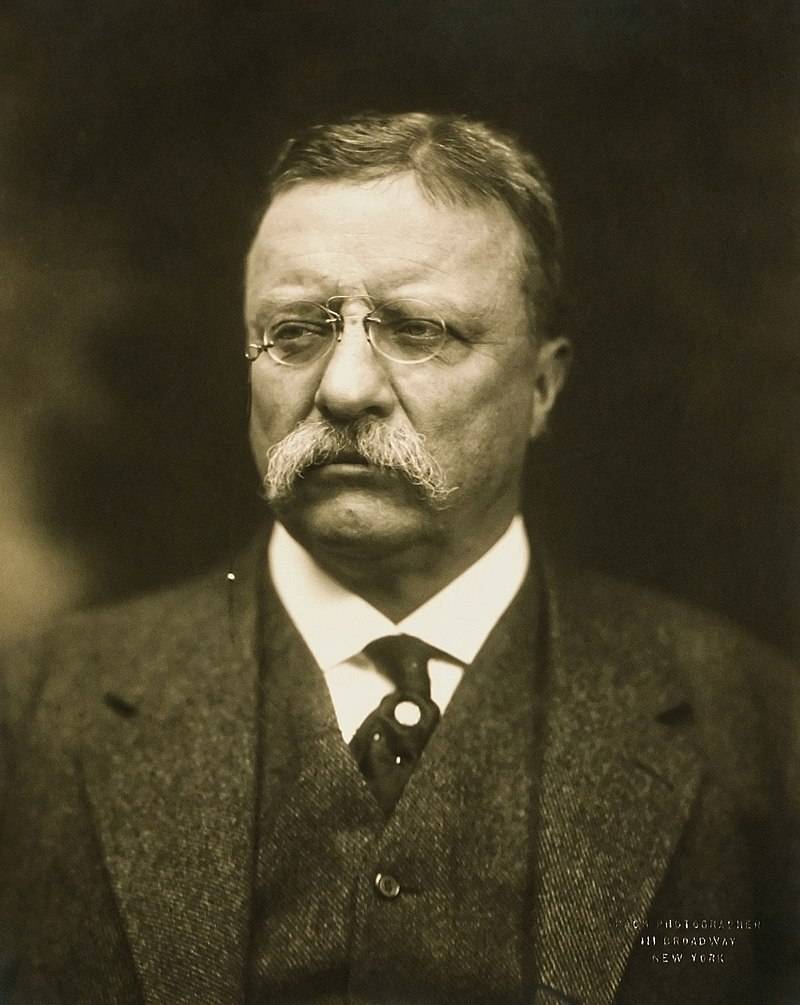 And already as President of the United States, in 1908, Theodore Roosevelt sketched a scheme for the division of labor at the "battleship conference" at the Naval College. Coastal artillery must operate in tandem with small torpedo ships to repel a naval attack. Gunners and torpedo men will guard American harbors, freeing up the navy for operations on the high seas.

A well-thought-out strategy would make the combat fleet a “free fleet,” the long arm of American foreign policy, away from the American seashore.

Actually, that's what happened. And sometimes the new is the well-forgotten old. But Theodore Roosevelt, and his numerous followers, and Chinese President Xi Jinping - all of them highly valued capital ships as the main instrument of sea power.

Does China need aircraft carriers? Definitely yes. But not close to their harbors and cities, but at a distance, on foreign shores.

Ctrl Enter
Noticed oshЫbku Highlight text and press. Ctrl + Enter
We are
Defective aircraft carriers are not suitable for the Russian fleetWhy did the battleships really disappear?
59 comments
Information
Dear reader, to leave comments on the publication, you must to register.