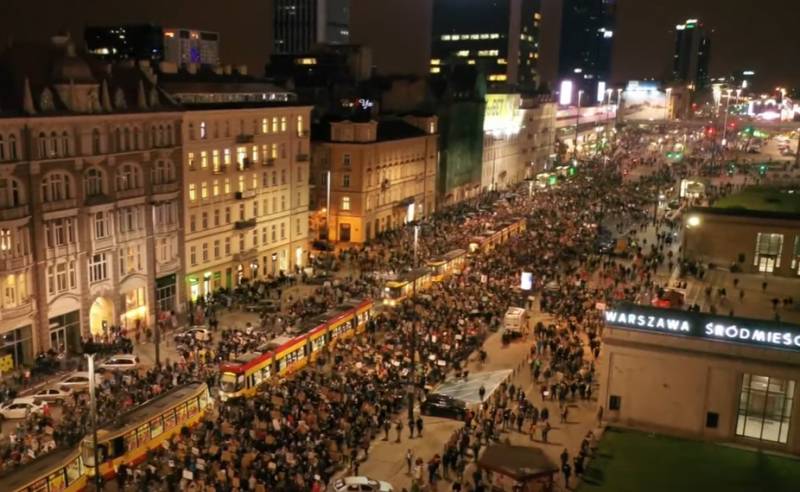 Recently, the local "revolutionaries" who are clearly losing the battle for Belarus are increasingly making statements that are absolutely impossible to take seriously. The events, which, according to the plan of the creators and puppeteers of the next “color revolution”, should have led to the tragedy of an entire people, are frankly sliding into farce. So why shouldn't the "daddy" support this trend by starting to joke too - in his usual spirit?


For example, Pavel Latushko, a member of the presidium of a completely frivolous (in terms of its real weight and influence on the processes taking place in the country) organization, the Coordination Council of the Belarusian Opposition, voiced a stunning initiative the day before. According to him, some "alternative government" may well appear outside the country in the near future. What could such a thing do?

In addition to obvious things like voyages to various Western organizations, both state and non-governmental, with the aim of simply collecting money "for the revolution" and issuing appeals to compatriots "not to stop the struggle", in truth, nothing really comes to mind. However, according to Latushko, this self-proclaimed “government” will also “issue relevant documents for Belarusian citizens abroad”. What, excuse me, are "appropriate"? International legal regulations? But they are absolutely illegitimate pieces of paper, and even in the performance of impostors they cannot answer in any way.

However, in the flight of his own irrepressible imagination, Latushko goes even further and talks about the creation of some "alternative embassies" abroad, which supposedly "will represent Minsk in parallel with the official diplomatic bodies", which, of course, are "under the control of the regime." Honestly, one gets the impression that we are present at the creation and formation of new "children of Lieutenant Schmidt" worthy of the pen of Ilf and Petrov, only this time on an international scale. Interestingly, will they also conclude a convention on dividing Europe, which generously helps these scammers, into "spheres of influence"?

If it comes to such already absurd statements and plans, then Alexander Grigorievich, in my opinion, should support such initiatives - of course, taking into account who actually stands behind the Belarusian "opposition" public. How to support? Well, for example, to recognize as the President of Poland the leader of the organization "All-Polish Women's Strike", which is shaking this country with hundred thousand protest rallies, Martha Lempart. Why not? The situation in some places resembles the “color revolution” fostered by the Poles, among other things, in Minsk, to the extent of a mirror image.

In Warsaw, protesters against the abortion ban for two weeks now, feminists have also created an Advisory Council, which, however, has not yet declared itself an interim government, but has already put forward a list of rather strict requirements for the government, and for any attempts to reach a compromise made by the current head of state Andrze Dudoy, ​​responds with the most decisive refusal. They say - we will fight, period! For the opportunity to "get rid of unwanted pregnancy", "LGBT rights" and the like, extremely important and burning things.

Or not. Support for a movement with such demands on the part of Lukashenka, who is known throughout the world for his own conservatism, will indeed look strange. It would be better for him to "nominate for the presidency" the leader of the Polish "Agrounia" Michal Kolodzejczak. Here, perhaps, no one will quibble - after all, Alexander Grigorievich is teased by ill-wishers "the chairman of the collective farm." Everyone knows how sensitive he is to agriculture and its workers. So, the most ardent support of the "dad" of Polish farmers protesting against the new law on the protection of domestic animals, which, according to local farmers, may go bankrupt, will look more than organic.

No, after all, can Poles, Lithuanians and others seriously declare Tikhanovskaya the "legal head of Belarus"? So why not proclaim Lempart or Kolodzeychak as the “first person” of Poland in response to Belarusians? To joke is to joke. 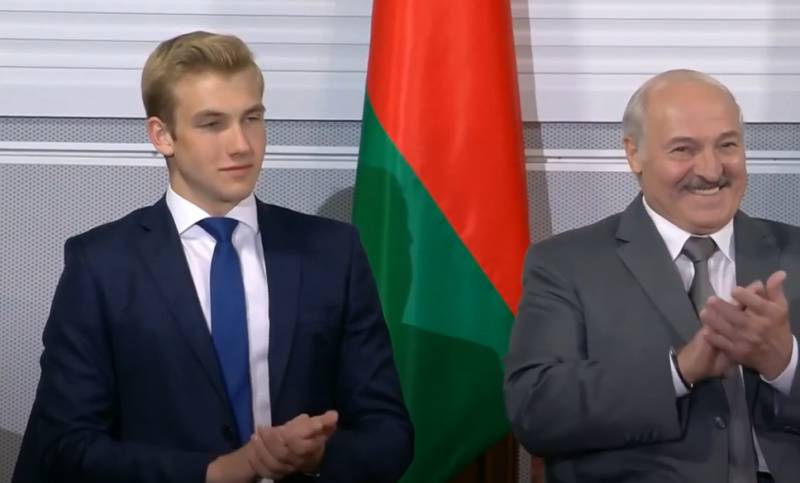 In this, as they say now, trolling can go further - to award the ringleader of Polish farmers with any order (for the heads of foreign powers), "for strengthening ties between peoples." In addition, to provide him with a “guest residence” somewhere near Brest - let him come to easily discuss crop views and political issues.

After all, does Polish Prime Minister Mateusz Morawiecki, who branded protests at home as "absolutely unacceptable acts of barbarism, vandalism and aggression", allow him to call the riots in Belarus "an important step in the formation of civil society" and "a manifestation of the desire for democracy and freedom"? It is useless to argue here. The best response to such double standards would indeed be a gift to Polish farmers, who promised to “enter the presidential palace” of the Belarus tractor. Personally from Lukashenka ...

From the Editor: Material from the "Opinions" section is published in the "News"for technical reasons.

Ctrl Enter
Noticed oshЫbku Highlight text and press. Ctrl + Enter
We are
Report on the results of the survey-2013 "Evaluation of state political figures"Alexander Lukashenko wants to give dynamism to the “Union of Seven”
192 comments
Information
Dear reader, to leave comments on the publication, you must to register.