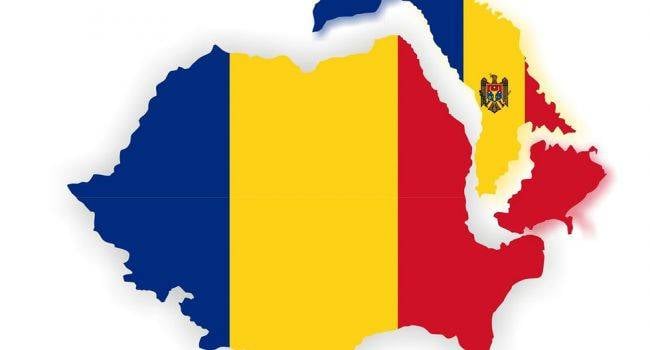 Where are the roots ... of Sandu's underestimation and Dodon's overestimation

On the eve of the presidential elections in Moldova, in which there will be a second round for Igor Dodon, the current president of the country, and Maia Sandu, something extraordinary happened, as you know. Voennoe Obozreniye (Will the Nazi stunt of the Romanian ambassador to Moldova go unpunished??).

What happened is absolutely not surprising and, fortunately, did not have any consequences. No tragic, no other, although, perhaps, only for now ... But if we take into account the same property, this is the official, almost annual, cliché of post-socialist Bucharest regarding Moldova and the still not united Romania.

Although, as many people in Bucharest today believe, it is not a single one, too, just yet. Meanwhile, in the USSR, for some reason, the opinion of the Romanian leader in 1948-1965 was not widely spread. Gheorghe Gheorghiu-Dej (1901-1965) on the real politics of Bucharest, for example, in 1940-1944. 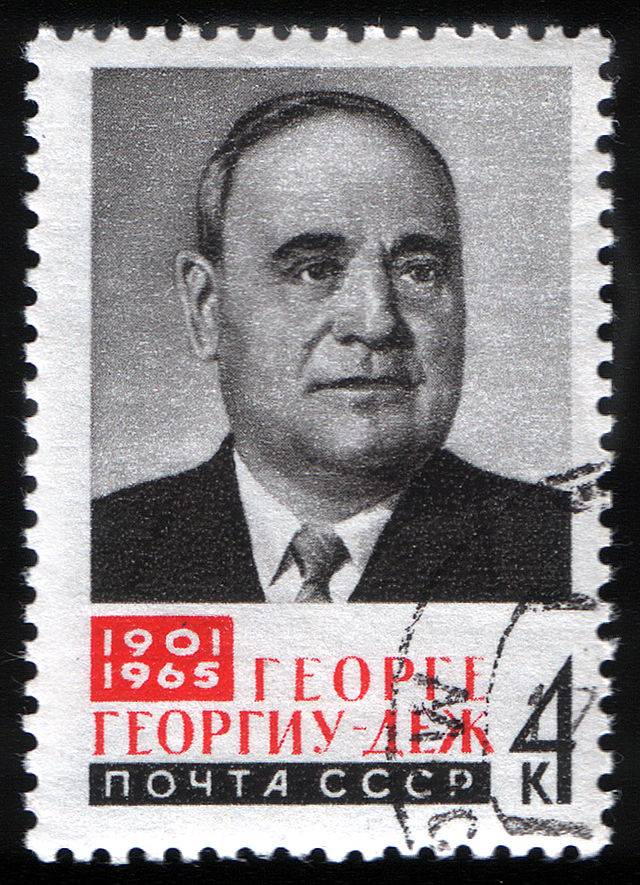 Apparently, the Kremlin did not dare to "remind" socialist Romania about a lot. About the occupation policy of Bucharest in Moldova during the war years and the obsessive Romanization of Moldovans, about the military alliance of Romania with the Nazis until the fall of 1944, as well as about how many times the Red Army broke through the front precisely in the areas of Romanian responsibility.

However, Moscow avoided relying even on the opinion of the Romanian communist leader. In addition, most likely, Soviet ideologists were trying to forget that in 1945 they hurried Stalin so much with the award of the Order of Victory to King Mihai of Romania for a very "timely" transition to the side of the allies from the enemy camp.

It is noteworthy that the position of Gheorghiu-Dej already in the post-socialist period was indirectly confirmed by the Bucharest newspaper Revista 22:

... Starting from the revolutionaries of 1848 (in Austro-Hungarian Transylvania and in "Austrian" Hungary itself. - Ed.) To the fascist Marshal Ion Antonescu and the communist Nicolae Ceausescu - almost all the leaders of Romania were anti-Russian. Only two exceptions are known: G. Gheorghiu-Dej, and Ion Iliescu, who signed the Treaty of Friendship with Russia (2003), which at first made it difficult for Romania to join NATO.

However, it is not so important for us in Russia to stick to Dodon, but we must not forget that Romania joined NATO already in 2004. Being one of the first among the countries of the former Warsaw Pact, it was surpassed only by the Czech Republic. And this, we note, did not cause a proper reaction from Moscow.

The same inexplicable domestic "fraternal" pragmatism in relation to the old but dubious ally worked. But the term of the agreement "On Friendship" itself with Russia expired in 2013. And this, of course, further stimulated the "Great Romanian" revanchism.

But in particular, Bucharest's sophisticated Russophobic anti-Sovietism intensified. Not to mention the increasingly unbridled Romanian attempts to expropriate the right-bank Moldavia, also former Soviet, by the way. 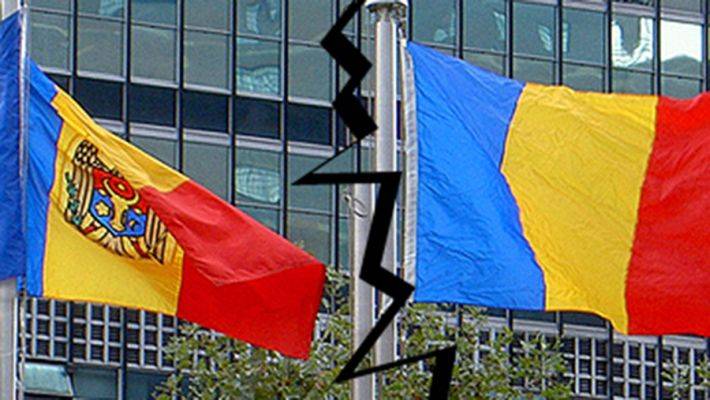 Let us recall that such tendencies began only in the 2010s - many years after the bloody confrontation in Transnistria. But, as you know, "Chisinau" Moldavia, like almost all other former Soviet republics, Moscow also actually threw into the arms of the West. Although accompanied by a timid, but regular manifestation by the Russian Foreign Ministry of “official concern” with those embraces ...

So what did G. Georgiu-Dej note on the above issues?

... Bucharest politicians initially hatched - back in the 19th century - plans to capture or subjugate all neighboring border regions. Considering that if even a tiny minority there speaks Romanian or a related dialect, this is enough for the implementation of such plans.

... After 1918, and especially during the Antonescu period, this policy was carried out very rigidly in practice. Examples of this are the occupation of Banat (northeastern Serbia. - Ed.), Most of the Bulgarian Dobrudja (Danube northeast of post-war Bulgaria. - Ed.) And, of course, the plans of "Greater Romania" up to the Dnieper and even outside of it. Bessarabia, in Bucharest, has always been considered a purely, allegedly, Romanian-speaking region. And powerless backwater, occupying it soon after the collapse of the Russian Empire. So they "thanked" Russia for saving the Russian troops in 1916-1917. half of Romania, including its Danube part, from the German-Austrian occupation.

... Soviet Moldavia is an absolute antipode to the backward, dying out, purely geographical Bessarabia of the Romanian period. And during the war years, she was plunged into deep poverty, being the gratuitous "breadwinner" of the German invaders and their Romanian convoy.

... If not for Stalin, Romania would never have returned to its structure Transylvania, occupied by Austria-Hungary and again torn away - with the help of Hitler in 1940 - by Horthy Hungary.

... The selfless help of the Russians and the policy of the Soviet leadership quickly transformed Moldova into an economically and socially developed republic. Many developing countries can envy its rates of economic development and social security. Moreover, there was and there is no "Russification" of Soviet Moldova, which former collaborators are trying to shout about - on the contrary, the Soviet leadership in every possible way encourages the development of Moldovan literature, science, and Moldavian art. Moreover, research is being conducted on cultural and artistic stories Moldova, and their results are published in Moscow, Leningrad, Kiev, Odessa, Chernivtsi. "

And forget the Thaw too

It is also characteristic that it was during the Gheorghiu-Deja period in Romania that "Great Romanian" nationalist allusions and, moreover, attacks on the separation of Moldova-Bessarabia and Romania were harshly suppressed. Therefore, at that time, Moscow did not attach serious ideological importance to the problem of the Romanian-Moldovan community.

As is clear from the book of G.E. Cojocaru, a famous Moldovan historian-Romanophile, "Thaw" N. Khrushchev and the problem of Bessarabia "(Chisinau, 2014), by the end of the 1950s. very close not only economic, but also cultural ties were established between Romania and the Moldavian SSR, and no one spoke about the threat of its Romanization in Bucharest, Chisinau and Moscow.

Therefore, for example, by the end of the period of the reign of Georgiu-Deja in the Moldavian SSR, there was also a fairly large subscription to Romanian printed publications - both special and mass. As for the assimilationist Romanian policy in Moldavia-Bessarabia, let us also turn to the Moldavian-Romanian two-volume study (1964-1973), that is, “Culture of Moldavia during the years of Soviet power”, begun under Georgiu-Deja.

It noted (vol. 1, part 1, Chisinau, 1975) that the population of Bessarabia resisted the imposition of nationalist ideology. Therefore, the publication and distribution by the Romanian authorities in the 30s in this region of the newspaper Kuvint Moldovenesc (Moldavskoe slovo) is characterized as “evidence of the ineffectiveness of the Romanization policy - evidence that after 10 years of Romanization the Bessarabian Moldovan does not understand Romanian and therefore you need to "approach" it in Moldovan language. " 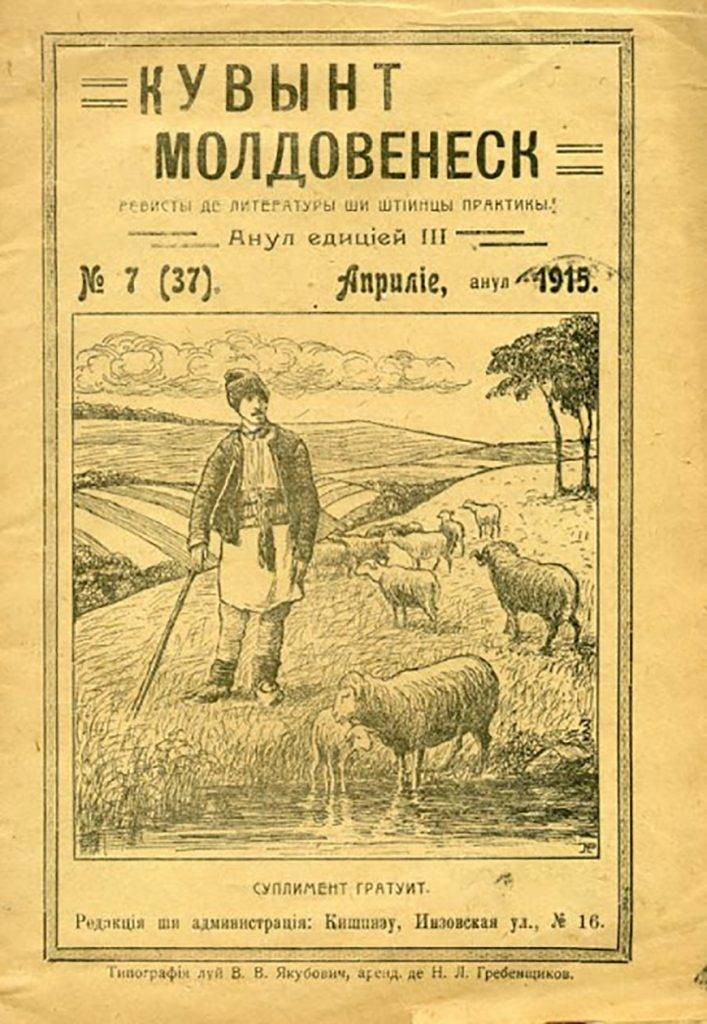 It is not surprising that almost immediately after the anti-communist coup in Romania, G. Georgiu-Deja in 1990 was quietly reburied from the mausoleum pantheon to the city cemetery on the outskirts of Bucharest. And it is all the more unsurprising that Deja's position regarding a certain “Soviet occupation” of Bessarabia and its allegedly “forcible” separation from “mother Romania” is now sealed with seven seals both in Bucharest and in Chisinau.

Ctrl Enter
Noticed oshЫbku Highlight text and press. Ctrl + Enter
We are
Moldovan independence: 24 of political uncertaintyNew US Democratic Approach in Moldova: Unite and Conquer
66 comments
Information
Dear reader, to leave comments on the publication, you must to register.