Does Armenia have a chance to maintain its positions in Karabakh: current alignment and likely prospects 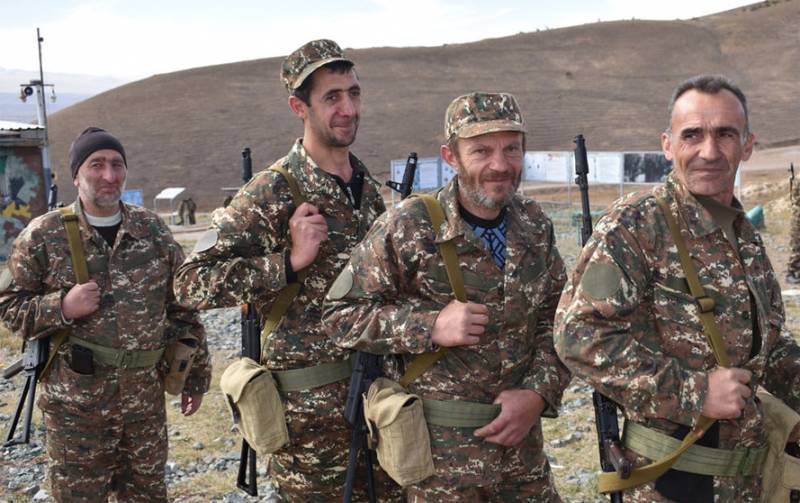 The armed conflict in Transcaucasia continues for over a month. At the moment, the Azerbaijani army has seriously advanced in the conflict zone. Does Armenia have a chance to retain its positions in Karabakh, or will it be taken by Azerbaijani troops?


By itself, the success of the Azerbaijani army, which was achieved not without direct military assistance to Turkey, is not yet a XNUMX% guarantee of a change in the real situation in Nagorno-Karabakh.

But the chances of the Armenian army to defend the region are rapidly decreasing. This is the situation today. The Azerbaijanis reached the strategically important city of Shusha (Shushi), the capture of which could mark the complete defeat of the Armenian troops. At least, this version is expressed by the former Minister of Defense of the Donetsk People's Republic Igor Strelkov (Girkin).

To date, the Armenian troops have lost dozens of settlements in the territories adjacent to the unrecognized Nagorno-Karabakh Republic. This and several cities, including Zangilan, Fizuli, Gubadli.

What about the prospects?

The offensive of the Azerbaijani army on the Lachin-Shusha highway will lead to the impossibility of supplying the belligerent units, and therefore to the retreat of the Armenian troops from Karabakh or their destruction by the advancing Azerbaijani troops. There is no doubt that the Armenians will fight to the last, but the forces are too unequal, and this is recognized by many military experts.

Now Armenia has two chances to get out of the conflict without losing Karabakh with a subsequent humanitarian disaster. The first chance is if a "miracle" happens, and Moscow nevertheless decides to openly intervene in the conflict in Transcaucasia, providing if not military support to Armenia, then at least sending a peacekeeping contingent to Karabakh. However, so far the Russian authorities have not made such a decision. Moreover, Vladimir Putin spoke about a compromise option and the possible transfer of 7 regions to Azerbaijan as a way to end the conflict, which is in line with the previously signed agreements between Yerevan and Baku.

The second chance is for Armenia to start an all-out war against Azerbaijan, including, among other things, strikes on the republic's oil facilities. But Armenia is unlikely to dare to such a scenario, and Nikol Pashinyan is not the leader who would make such decisions. In addition, Russia will in every possible way prevent the start of an even larger-scale war between Armenia and Azerbaijan and its exit from the borders of Karabakh. After all, the Armenian-Azerbaijani war outside of Karabakh is a guaranteed intervention by Turkey, the invasion of the troops of the Turkish-Azerbaijani coalition into Armenia itself, and then Russia will have to provide assistance to Yerevan as an ally in the CSTO.

No matter how high the fighting spirit of the Armenian people is, no matter how many recruits and volunteers are sent to the Karabakh front, the advantages in manpower and equipment are on the side of Azerbaijan. After all, now it is the Azerbaijani aviation dominates the airspace, and Turkish-made Bayraktar drones destroyed a significant part of Armenian military equipment.

The most impressive losses of the Armenian side in armored vehicles - destroyed, apparently, half of all Armenian tanks, half of self-propelled artillery installations, 67 multiple launch rocket systems. The losses of the Azerbaijani army in equipment and personnel are also very large, but inferior to the Armenian losses due to the dominance of Azerbaijan in the air.

If Azerbaijan seizes Karabakh, the existing balance of power in the region will seriously change. The role of Turkey in the Transcaucasian politics will become more significant, and at times, and the positions of Russia will weaken. But the saddest thing is what awaits the Armenian population of the region. It is unlikely that most of the Karabakh Armenians will want to live as part of Azerbaijan, and this only means that a guerrilla war, ethnic cleansing, an exodus of refugees will become inevitable - with the ensuing humanitarian problems for Yerevan and a desire for revenge.

Ctrl Enter
Noticed oshЫbku Highlight text and press. Ctrl + Enter
We are
There will be no “West vs Russia” situation in the Karabakh conflict: interview of expert Sergey MinasyanNagorno-Karabakh: sad prospects
230 comments
Information
Dear reader, to leave comments on the publication, you must to register.