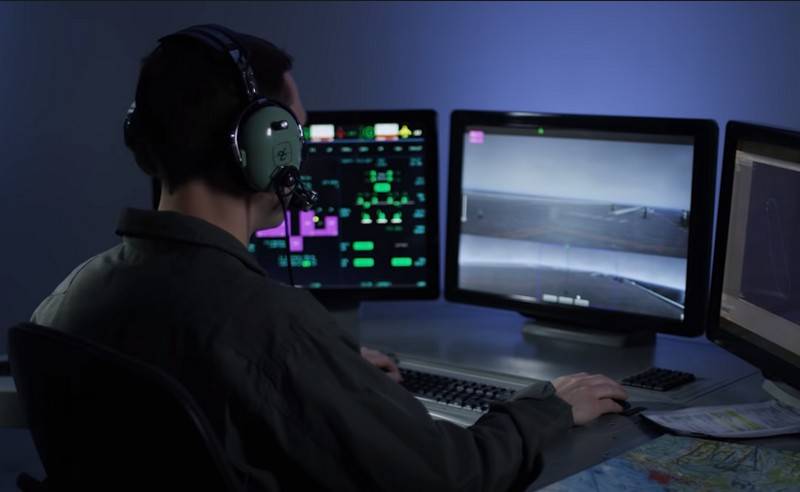 
The training of operators of unmanned MQ-25A Stingray tankers is carried out using a simulator on a computer. At the first stage, preparation was given for three days; it took place at the Boeing concern in St. Louis, Missouri. In addition, in the future, it is planned to train the squadron personnel in the operation and maintenance of drones. After the transfer of flight copies to the military, the operators will be connected to the testing.

In 2018, Boeing won a $ 805 million contract for the construction of the first four MQ-25A aircraft. The basis for the development of the new device was the secret prototype of the X-47, created as part of a subsequently canceled project. The US Navy renamed the unit the MQ-25 Stingray and converted it into an unmanned tanker. At the same time, the military command abandoned the stealth characteristics of the aircraft, and also removed the ability to carry weapons from the requirements.

Boeing will then begin extensive testing of four MQ-25 flight prototypes, the first of which is due to be handed over to the military in 2021. The US Navy plans to enter service with the new drone in 2024.

The US Navy plans to purchase 72 Stingray units, allocating a total of about 13 billion dollars for their purchase. This will ease the load on the fleet F / A-18F Super Hornet, refueling other aircraft. The Pentagon intends to put into operation the first drone MQ-25A in 2024.
Ctrl Enter
Noticed oshЫbku Highlight text and press. Ctrl + Enter
We are
American MQ-25A deck drone received refueling equipmentThe first prototype deck drone MQ-25A will receive refueling equipment
8 comments
Information
Dear reader, to leave comments on the publication, you must to register.