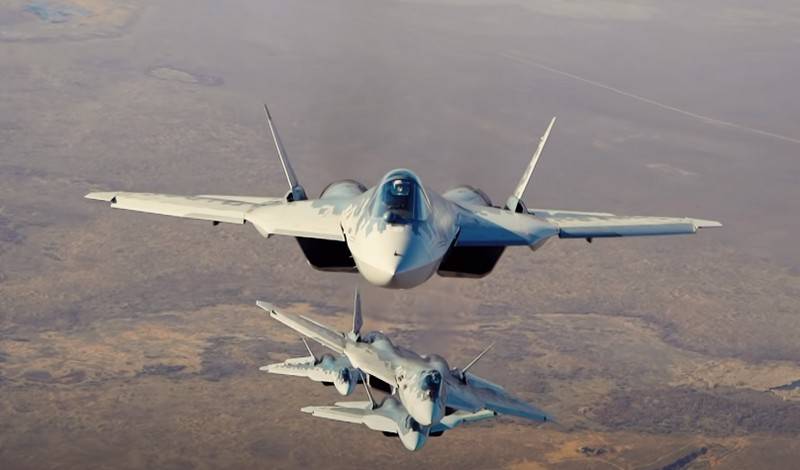 The Russian Defense Ministry will receive the first production Su-57 fighter with a second stage engine in December this year. According to TASS, citing a source in the defense industry, the transfer of the fighter will take place during a single day of acceptance of military products.


According to the source, at the end of the year there will be a single day for receiving military products, during which the first serial Su-57 with a second stage engine will be handed over to the military. Next year, 2021, the Ministry of Defense will receive four fighters with a new engine.

In December of this year, during a single day of acceptance of military products, the military department will receive the first serial Su-57 with a standard engine of the second stage, in 2021 - four more such aircraft
- leads news source word agency.

According to the interlocutor of TASS, in the future, the rate of production of fifth-generation fighters will increase to 15 aircraft per year, which will allow until 2028 to fulfill the contract for 2019 fighters for the Aerospace Forces signed in 76.

For our part, we note that there is no official confirmation of this information, but if you remove the phrase "second stage engine" from this news, it takes on a very real form, given that earlier Interfax, referring to its source, announced the transfer the first serial Su-57 in the Aerospace Forces until the end of November.

According to previously published reports, the first production fighters should go to the troops with the first stage engine. The engine of the second stage, according to various sources, will begin to be installed on the Su-57 from 2023 or 2025, but not earlier. In this regard, questions arise about "informed sources", which allow themselves to be very contradictory statements.
Ctrl Enter
Noticed oshЫbku Highlight text and press. Ctrl + Enter
We are
December 2010 years. Russian March. Senseless and merciless? Notes not a Russian personSpend on defense and not completely go broke
47 comments
Information
Dear reader, to leave comments on the publication, you must to register.