Azerbaijan announced the downed Su-25 of the Armenian Air Force. The network is discussing what exactly was shot down 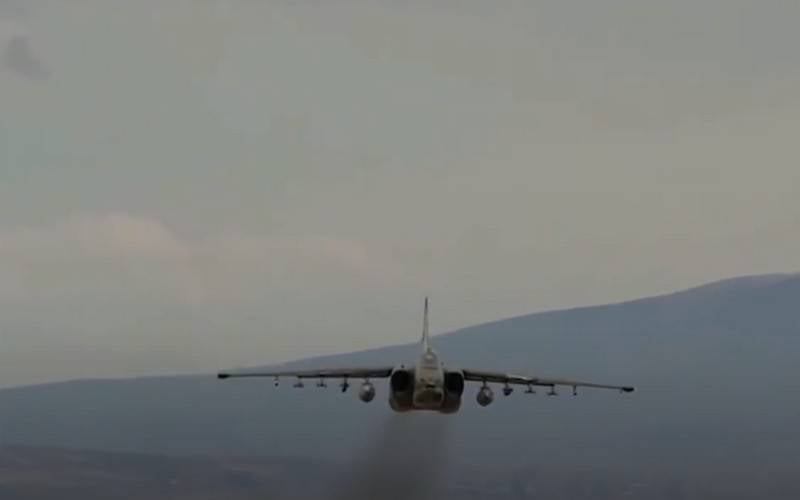 Fighting in the zone of military conflict on the territory of Nagorno-Karabakh continues. According to the Azerbaijani Ministry of Defense, an attack aircraft Su-25 of the Armenian Air Force was shot down during an attempt to attack the positions of the Azerbaijani army.

The enemy fired at the positions of our units from mortars and various large-caliber weapons in order to capture a number of advantageous heights in this direction
- said in a statement.

However, as it is specified, the attack attempt was thwarted, the enemy retreated "to the territory of Armenia", having lost up to 30 servicemen killed. In addition, during an attempt to attack from the air, an attack aircraft Su-25 of the Armenian Air Force was shot down.

As a result of the vigilance of the personnel of our units, the enemy Su-25 attack aircraft, which attacked our positions from the air, was also shot down
- stated in the military.

The network is discussing what exactly the Azerbaijani military shot down the enemy's Su-25. Among the assumptions is the use of portable anti-aircraft missile systems (MANPADS) by the Azerbaijani Armed Forces. The Azerbaijani side itself does not disclose the weapons used against the attack aircraft in terms of information. The Armenian Defense Ministry does not comment on the enemy's summary.

On October 29, at about 13:18 and 13:20, two Su-25 attack aircraft of the Armenian armed forces, which tried to inflict airstrikes on the positions of the Azerbaijani army in the Gubadli sector of the front, were shot down by an Azerbaijani air defense unit
- reported the Ministry of Defense.

Meanwhile, the Azerbaijani military department confirmed the use of its own Su-25 attack aircraft to attack Armenian positions by posting a video of the attack of the attack aircraft on the official YouTube channel.
Ctrl Enter
Noticed a mistake Highlight text and press. Ctrl + Enter
We are
Reports from the militia of New Russia for 27-28 September 2014 of the yearNew war in the Caucasus be?
47 comments
Information
Dear reader, to leave comments on the publication, you must to register.