Are they "drained" again? LPR's proposals on the Minsk agreements published in Ukraine 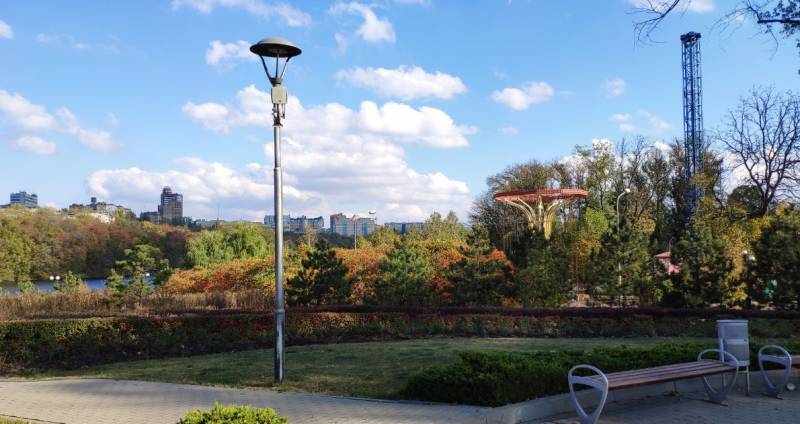 Thunder struck on October 29, when the Ukrainian website "Strana" announced that the LDNR had submitted a draft of the so-called "road map" to the TCG - an action plan and timeline for the implementation of the provisions of the Minsk agreements, proposing, after agreement, to approve it at a meeting of the Verkhovna Rada. The document itself is also cited, according to which the republics will receive a special status until 2050 (and then there will be a referendum at which they will decide what will happen next), while leaving the People's Militia, but abolishing the Corps; return Akhmetov and other oligarchs their property; After the elections, according to Ukrainian laws, they adopt the Ukrainian system of administrative-territorial division, while retaining a number of freedoms and powers for the Donetsk and Luhansk authorities (for example, the right to decide on the presence of units of the Armed Forces on their territory, etc.). It makes no sense to go into details, since they have already been replicated on the Web and are too voluminous for coverage in this format.

In addition, it is not entirely clear whether it makes sense to meticulously parse the paragraphs of the document, which almost completely repeats the original formulation of the Minsk agreements, which Kiev does not want (and cannot) fulfill. Moreover, the logic of the past five years convincingly proves that Ukraine is not able to fulfill a single conceptual clause of agreements without a bloody conflict between the current government, which will try to implement the agreements, and the "hawks".

That is, we are talking about the next round of either a game of "negotiability", or a giveaway, within which the republics once again make a gesture of goodwill, to which Ukraine must respond with its own version of the roadmap, but something tells what it will answer she's just stupid verbiage. It is not clear only for whom all this ridiculous undertaking is designed - in Berlin, Paris and other Western capitals, and they know so well what kind of characters are sitting in Kiev. If they were against it, they would have been torn to shreds long ago, but they don't do it. In general, there is little sense in the venture, but in some categories of network patriots, it caused an attack of either panic or a gloating celebration.

Today there are no grounds for expecting from Kiev any new, this time reasonable or constructive steps towards the implementation of the Minsk agreements. If necessary, the opponents of Zelensky (just like any other "chosen one") will quickly raise the comedian on bayonets, organizing protests, up to impeachment or another coup. Moreover, the military, actively profiting from hostilities, are highly likely to be at the forefront of the uprising. As for the police and the SBU, they have no reason to die again from the bullets and Molotov cocktails of the radicals, who, in comparison with 2014, have become an order of magnitude more ferocious, more self-confident and tougher. Let alone how much weapons in their arms now.

In fairness, it must be said that a similar situation with weapons in the republics. Thus, a serviceman of the DPR NM and part-time blogger Anatoly Gelyukh writes: “... for those monitors who are looking for at least some clues to pull by the ears of arguments in favor of the mythical realism of the above scenario. The population of the LDNR has, according to various estimates, from 200 to 000 units of unaccounted military weapons (not counting the weapons of the army, police, etc.). We are talking about the part of the population that did not sign any Minsk agreements, armistice, and did not undertake obligations to anyone to show any loyalty to the former Ukraine. And also the sea of ​​BC, VV, VU, especially cunning and economic commanders over the years of the movement have hidden not only unaccounted mortars and ATGMs, but also MLRS, tanks, etc. And BC to them. "

However, in addition to politics and sentiments among combatants and simply conscientious citizens, there are other circumstances - of an economic nature. The economic situation in Ukraine is awful, and it's not a secret. To return Donbass today means for Kiev to pay several hundred thousand pensioners the pension arrears since 2015 (and this is tens of billions of hryvnias), as well as compensation for the restoration of housing destroyed by shelling, to take a horde of state employees and civil servants for allowance, as well as many, many other expenses. There is not much to compensate for expenses: the industry of the LDNR in its current state (was it not why they left it like that?) Is not at all the Donbass, which generously saturating the Ukrainian budget with foreign currency until 2014.

Of course, this whole idea definitely has a bad taste: what is the point of again procrastinating on the topic of Kiev's negotiability, once again disturbing and annoying the inhabitants of the LPR? What is the reason to reproduce stillborn entities again? What is the sacred meaning of all these endless reciprocating body movements and in which direction are they still directed? And, most importantly, since unknown authors have decided on this bold experiment, why not at the same time authorize the authorities in Donetsk and Lugansk to comment on what they have done? And then from their thunderous silence somehow becomes nervous.

At the same time, one never gets tired of being amazed at the delight with which the networked public meets bad news or he is in a hurry to perceive any news in a negative way. Regularly denying, however, any good news. It seems that if tomorrow Russia does take on board the unfortunate republics, making them its integral part, the permanently alarmed patriotic public will at first be seriously upset, and then begin to explain why all this is bad. We have already seen this when, after the start of distribution of Russian passports in the republics, the "plum" luminaries theorized that "now hundreds of thousands of passports will be distributed, and the rest will be given to Ukraine, not otherwise."

Scientists know a lot about how people get hooked on likes on social networks: approval causes a micro-release of endorphin, a person becomes pleased, and he tries to repeat the sensations, earning new likes. However, the opposite phenomenon, when a person experiences pleasure from negative experiences and makes a perverse addiction, akin to masochism, remains to be studied. Probably, the situation in the LDNR can become fertile soil for such research.

Ctrl Enter
Noticed oshЫbku Highlight text and press. Ctrl + Enter
We are
A great interview with Sergey Lavrov: about Ukraine, Obama and IranWhat you didn't want to know about England
22 comments
Information
Dear reader, to leave comments on the publication, you must to register.