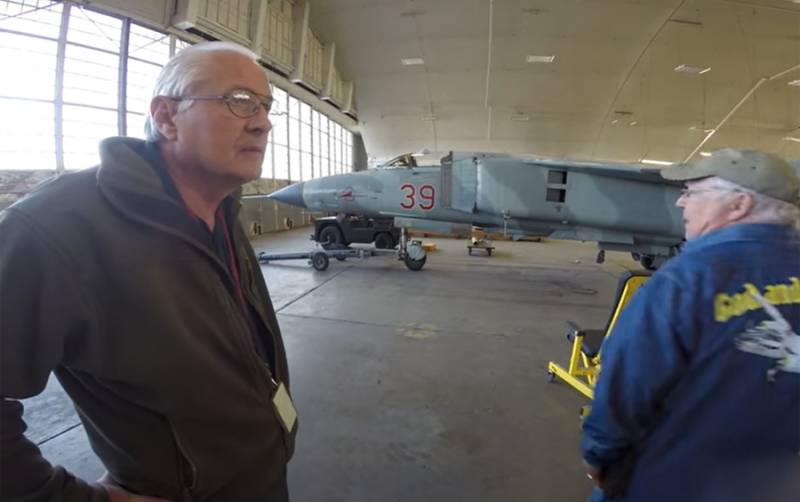 A material was released in the American media, which presents the testimonies of American pilots who at one time served in a secret squadron. This is a formation of the United States Air Force called the Red Eagles. In the 4477th test squadron, they performed flights, including on Soviet MiGs, which, for various reasons, were at the disposal of the Americans.


American pilots from the Red Eagles squadron talk about piloting Soviet MiG-23 multirole fighters. Test flights to clarify the spectrum of characteristics of Soviet combat aircraft were carried out at a military facility in Nevada with an airfield located on it - Tonopah.

Such test flights were carried out on the basis of the squadron in the 1970s and 80s.

One of the main tasks assigned to the American pilots from the "Red Eagles" was to obtain data on how in the future American aircraft to gain advantages over Soviet and Chinese aircraft in the air, what are their main vulnerabilities.

As noted in the American press, in the video presented, some data and flight stories are voiced for the first time in the public domain. In particular, it is reported about three hangars, which at certain stages contained at least seven Soviet MiG-21 and MiG-23.

It also tells that mass flights were practiced on Soviet-designed fighters with imitation of air combat.

It is said that the old program for training American pilots on Soviet and Chinese aircraft was closed in 1988. However, then a new program appeared, in which other fighters were involved, including the MiG-29 and Su-27. Some secret test operations using these aircraft are performed at the Groom Lake Flight Test Center.


American military veteran pilots also talk about how initially piloting Soviet fighters was an extremely unusual activity, but then such piloting made it possible to identify both the strengths and weaknesses of Soviet MiGs.
Ctrl Enter
Noticed oshЫbku Highlight text and press. Ctrl + Enter
We are
Interview of Vladimir Putin with Radio Europe-1 and TF1December 2010 years. Russian March. Senseless and merciless? Notes not a Russian person
53 comments
Information
Dear reader, to leave comments on the publication, you must to register.