"Russia milks India": Indian readers discuss an article by a parliamentarian that "Russia is not a friend of India" 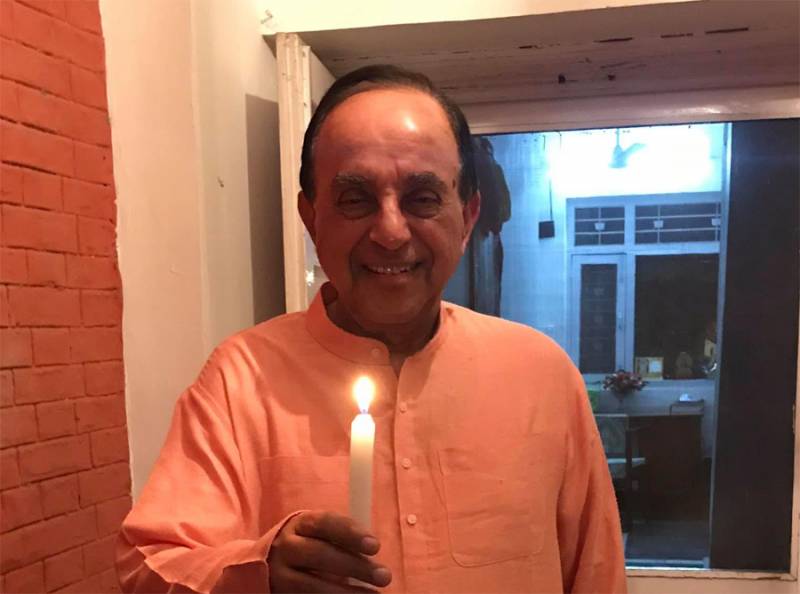 The Indian edition of the Sunday Guardian Live published an article that attracts attention not only in India, but also in Russia.

The title of Mr. Swami's material speaks for itself: "Russia is not India's friend."

The 81-year-old parliamentarian in his article makes a reference to Soviet-Indian relations, stating that the USSR "was friends not with India, but with the Nehru-Gandhi clan."

Subramanian Swami in his article makes, to put it mildly, ambiguous statements:

India's connection with Russia, that is, the Soviet Union, was carried out through the political elite, such politicians as Jawaharlal Nehru and his clique, who supported the bureaucracy. Nehru in the USSR was tricked into thinking that the leaders in Moscow were constant friends, but in reality we Indians were more like Pavlov's dogs, which obeyed signals from Moscow. The relevance of this stories in the fact that many Indians still consider Russian friends of India, little understanding that in international relations there are neither permanent friends nor permanent enemies.

Swami further writes that the Soviet KGB maintained close contacts with the Nehru-Gandhi family, and then it is pointedly added that "Putin previously worked in the KGB of the USSR."

From an article by an 81-year-old Indian parliamentarian:

The question arises: will Putin's Russia be a true friend of India today in our border war with China? The answer will come when we understand what Russian-Chinese friendship is today. My short answer to the question is no. The reason is that the Russians are acting in accordance with the interests of China. That is, Russia is China's “junior partner”. Russia, according to Putin's October 23, 2020 statement, "may enter into a military alliance with China."
Further, Swami "taxied" on the theme that India "probably in vain bought the S-400 air defense system from Russia." 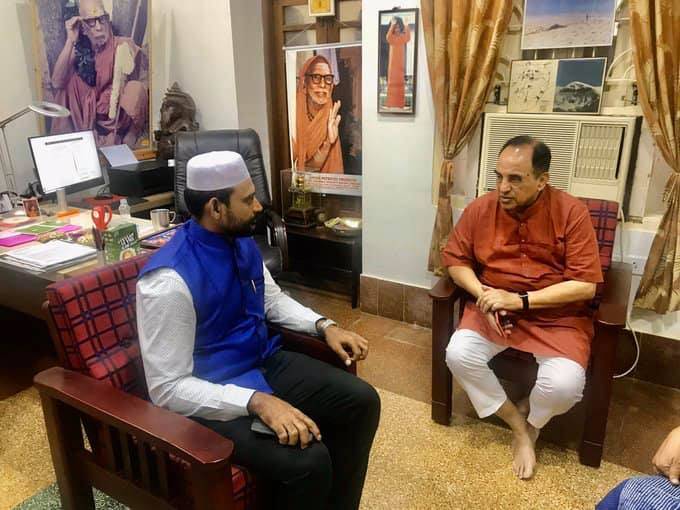 On the right in the photo - Subramanian Swami

On the whole, such statements once again make it clear that in India itself there are forces that express the interests of not India itself. In this case, behind the messages of Mr. Swami, the ears of those who are going to strike at the Indian-Russian partnership, including in the military-technical sphere, are clearly sticking out. To do this, people like Mr. Swami will expose their obscure arguments as the ultimate truth.

The last few phrases in an article by a member of the Indian Parliament speak eloquently to whose mill this man is pouring water.

Russia is no longer India's friend - since 1992.
Then Swami writes about the need for a choice, including the option of considering a strategic partnership with the United States and expanding an alliance against China at the expense of Vietnam, Sri Lanka and Indonesia.

According to the Indian parliamentarian, India does not need allies in the border conflict with China.

It is noteworthy that, when discussing the article, a number of readers of the Indian press agreed with the arguments of Subrahmanyan Swami.
A few comments:

I totally agree, Mr. Swami. Russia milks India. This Putin is like a snake in the grass, he can bite anyone.
Excellent article, Mr. Swami
However, the point of view of a member of the Indian parliament and ex-minister of the Indian government is not shared by everyone in this country. Many believe that it is not at all about making friends or enmity with Russia. It is noted that, in any case, there should be balanced relations with Russia, and not emotions like those that the deputy allows himself. Many were openly outraged by Swami's comparison of Indians with "Pavlov's dogs".

Ctrl Enter
Noticed oshЫbku Highlight text and press. Ctrl + Enter
We are
Reports from the militia of New Russia for 27-28 September 2014 of the yearDecember 2010 years. Russian March. Senseless and merciless? Notes not a Russian person
84 comments
Information
Dear reader, to leave comments on the publication, you must to register.