The most long-range Soviet guns of the Great Patriotic War 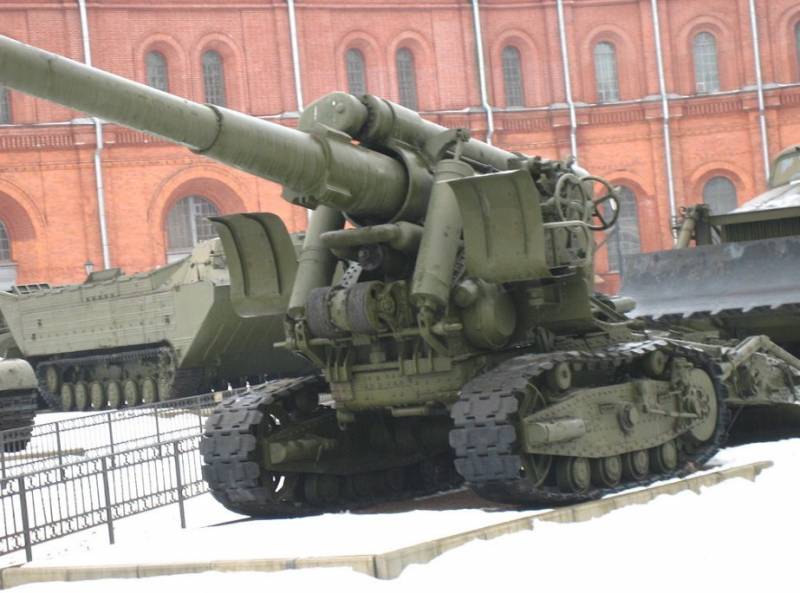 The Soviet Union has always paid special attention to the development of artillery. And he did not miscalculate: during the Great Patriotic War, long-range guns of Soviet artillery played an important role in many battles. For example, in 1944, it was the powerful work of artillery guns that in many ways was of decisive importance in the release of Leningrad.

Perhaps the most powerful Soviet weapon of the Second World War is the 406 mm B-37 naval gun. The product of the design bureau of the Barrikady and Bolshevik factories, the B-37 cannon was originally developed for the Sovetsky Soyuz battleship. But the battleship was never built. As a result, the gun was mounted on a stationary MP-10 installation. 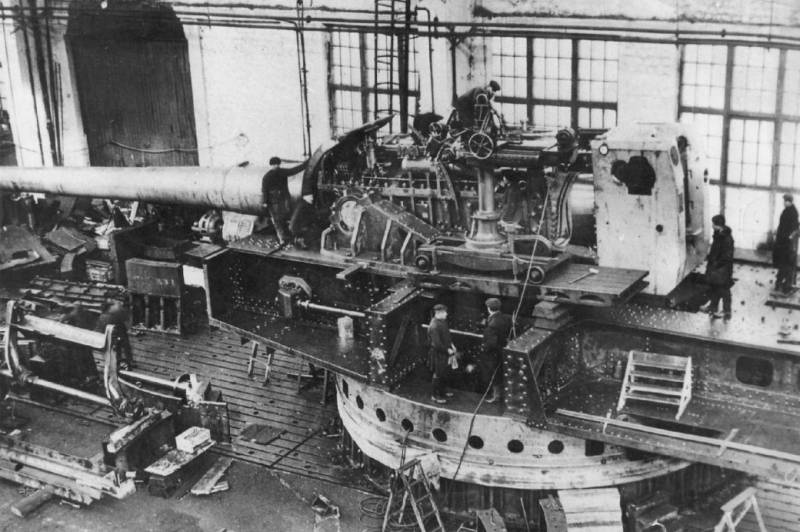 The powerful Br-17 howitzer was developed shortly before the start of World War II, in the second half of the 1930s. Soviet military engineers, seeking to maximize the power of artillery guns, turned to the best practices of other countries, including the experience of the Skoda corporation. As a result, the production of 210-mm cannons, which had a maximum firing range of 28,65 km, and 305-mm howitzers Br-18, which had a firing range of up to 16,58 km, began.

Since 1935, the USSR began production of a series of heavy artillery pieces Br-2 - 152-mm cannons with a firing range of up to 25 km. The mass production of such cannons was a very correct decision, since during the Second World War, the Br-2 cannons inflicted great harm on enemy troops, firing at command posts, warehouses, airfields and railway stations, troop concentrations, and enemy artillery batteries. In total, 1935 Br-1940 guns were produced at the Barricades plant from 39 to 2, with which the 1st, 2nd, 18th and 20th cannon regiments of special power were armed. 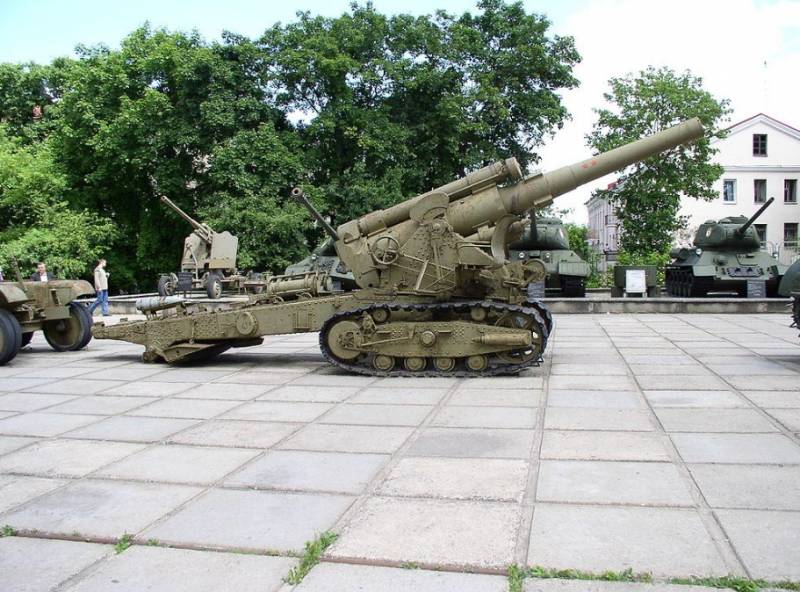 The B-203 4 mm howitzer was developed back in 1931 and from 1937 to 1941. was in serial production. The effective range of such a howitzer was 17 meters. By the beginning of the Second World War, howitzers of this type were in service with high-power howitzer artillery regiments. A total of 890 B-1011 howitzers were produced, which successfully destroyed enemy fortifications and armored vehicles. By the way, the Germans appreciated the characteristics of the Soviet long-range gun: several dozen howitzers fell into the hands of the enemy during the war and were converted for the needs of the Wehrmacht under the designation 4-cm N.20,3 (r). 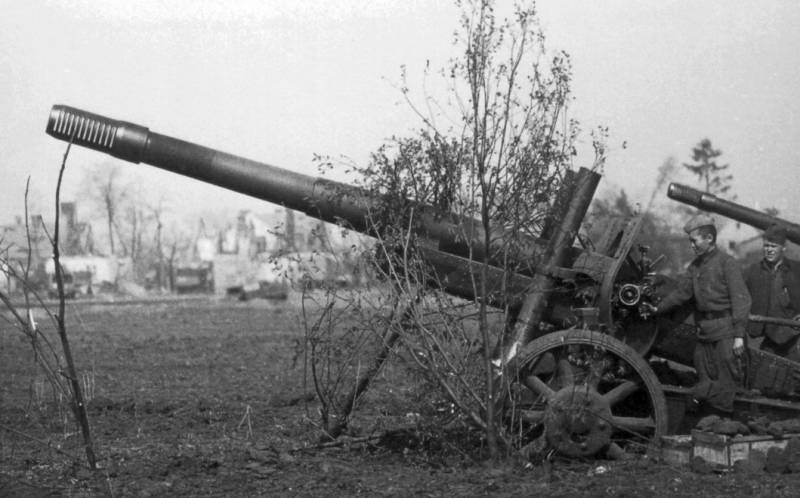 The 152-mm howitzer-gun of the 1937 model was produced serially from 1937 to 1946. The maximum firing range of such a gun was 20,5 km, the effective firing range was 17,5 km. Self-propelled guns SU-152 and ISU-152 were armed with this particular howitzer. ML-20 was in service with artillery regiments of combined arms armies, cannon regiments of the Supreme Command reserve.

According to many experts, the ML-20 was one of the most successful guns during the Second World War, as it had an advantage over classic howitzers in the form of a longer firing range, but at the same time it differed from long-barreled guns of special power in a lower mass and, accordingly, greater mobility. This made it possible to have the ML-20 in service with the artillery regiments of the armies, and up to a certain point - and the corps of the Red Army.

Ctrl Enter
Noticed a mistake Highlight text and press. Ctrl + Enter
We are
List of destroyed the largest and most high-tech enterprisesHow can Russia survive and win in the 21st century?
39 comments
Information
Dear reader, to leave comments on the publication, you must to register.