Russia and Kazakhstan eliminated differences on the "Baiterek" project 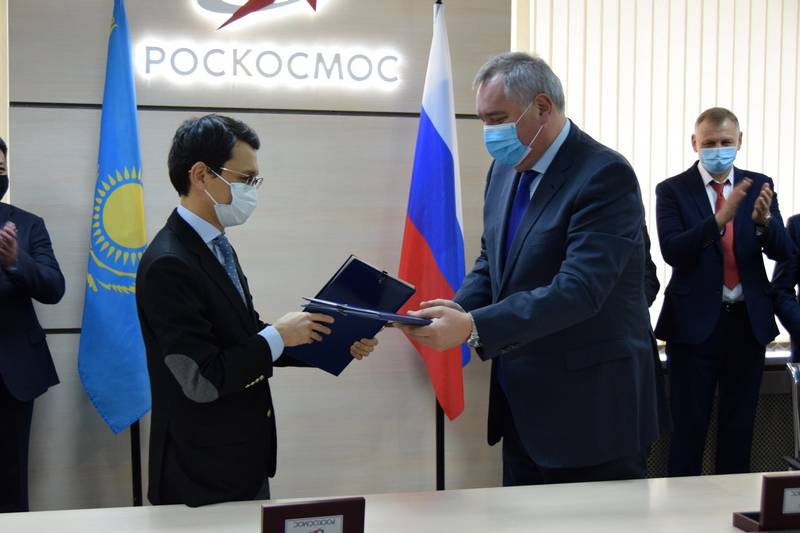 Russia and Kazakhstan have removed all existing differences and are starting to create the Baiterek space rocket complex at the Baikonur cosmodrome. This was reported by the press service of Roscosmos.


Reportedly, on Saturday, a protocol was signed in Moscow on amendments and additions to the intergovernmental agreement on the creation of the Baiterek space rocket complex at the Baikonur cosmodrome. The document was signed by Dmitry Rogozin, General Director of Roscosmos, and Bagdat Musin, Minister of Digital Development, Innovation and Aerospace Industry of Kazakhstan.

Thus, all previously existing disagreements between the parties were closed, and the Baiterek project entered the stage of practical implementation.
- said in a statement.

Roscosmos head Dmitry Rogozin explained that this agreement implies the construction of a launch complex at Baikonur for the new Russian Soyuz-5 launch vehicle.

If we simply explain the meaning of this event, then I will say this. First, there will be Baikonur! Secondly, this agreement opens the way for flight tests of the newest Russian missile system Soyuz-5, which is capable of creating fierce competition with our leading competitors.
- Rogozin said.

In addition to the main agreement, a contract was also signed for the provision of services for the creation of the Baiterek complex between the Center for the Operation of Ground Space Infrastructure Objects (part of Roskosmos) and the Baiterek Joint Kazakh-Russian Enterprise.

Ctrl Enter
Noticed oshЫbku Highlight text and press. Ctrl + Enter
We are
Reports from the militia of New Russia for 1 September 2014 of the yearNew attempt to divide Baikonur
97 comments
Information
Dear reader, to leave comments on the publication, you must to register.