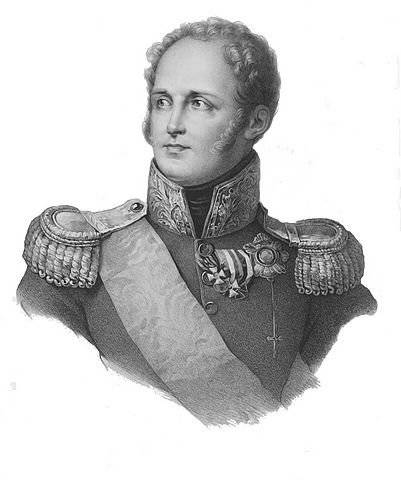 13 August 1822. Tsar Alexander I signed a rescript “On the prohibition of secret societies and Masonic lodges”. Masonic lodges in Russia emerged in the first half of the 18 century. They were forbidden under Catherine II and Paul I, but they continued their activities. The government of Alexander initially allowed the activities of Freemasonry in Russia, trying to control them and even use them for their own purposes. However, Alexander soon realized that the goals of the Freemasons are radically at variance with national interests. In the Russian Empire, conspiratorial lodges of “higher degrees” began to emerge, and Freemasonry itself was closely associated with the activities of subversive structures, including “Decembrists”. The activity of the Freemasons harmed the state and Orthodoxy. Therefore, Emperor Alexander tried to stop the activities of secret structures in the empire.


The official date of the appearance of the Masonic lodges is the middle of the XVIII century. Although some researchers believe that secret organizations began to explore the territory of Russia as early as the 17 century, Peter I and his associates Franz Lefort and Patrick Gordon are among the founders of Freemasonry in the Russian state. In 1731, Grand Master of the Great London Lodge, Lord Lovel, appointed Captain John Phillips as Provincial Grand Master for the Russian state. Initially, the majority of the members of the Masonic lodges in Russia were foreigners - officers and merchants. But then the number of Russians in masonic lodges increased significantly. In 1750, a lodge acted under the leadership of Count R. I. Vorontsov (an active participant in the palace coup 1741 of the year, one of the richest people of the empire) with the capital of the empire.

In 1772, Ivan Perfilievich Elagin became the Provincial Grand Master. He transformed the lodges that existed in the Russian Empire into a single system (they were included in it before 14 lodges). Masons operated in Moscow, St. Petersburg, Vladimir, Arkhangelsk and other cities. In 1770, another system of Masonic lodges arose in Russia - the “Swedish” or “Zinnendorf system” (it was founded by P.-B. Reichel). In 1777, Petersburg was visited by the Swedish king, who together with his brother stood at the head of the Swedish masons. The Swedish monarch attended the meetings of Russian Freemasons and initiated Grand Duke Pavel Petrovich into Freemasonry. In 1770-s in Masonic circles under the authority of Count N. I. Panin, an idea was born to establish a constitutional monarchy in Russia according to the English model. For this it was supposed to overthrow and kill Catherine II.

At the beginning of 1780, Moscow became an important center for Freemasonry. The main role in stories Moscow Freemasonry played two bright personalities - N. I. Novikov and I. Schwartz. The masons under the Novikov authority developed a stormy activity in the dissemination of Masonic and other "enlightening" literature. Empress Catherine II began to suspect masons of subversion. She ordered to conduct several searches, to study the books of Masons for the danger to the state. In the 1786 year, the Masons were taken away from school and hospital work, part of the suspicious literature was banned. Masonic literature was considered more dangerous than the editions of the French encyclopedists. However, Novikov continued to publish Masonic books. After the appointment of Prince Prozorovsky to Moscow, the activity of the masons was taken under strict control. In 1791, the printing company was liquidated. The following year, books were sealed, some of which were banned and were published and sold, contrary to the government’s ban. In 1794, Freemasonry was prohibited. Novikov was arrested, he was held in Shlisselburg until 1796. The rest of the Masons punished very gently. Thus, Prince Trubetskoy and Turgenev were exiled to their own village, with the prohibition of moving. Others generally got off easy. Freemasonry was quiet for a while.

Sovereign Paul in many ways acted in spite of the reign of the mother, and therefore initially pursued a liberal policy towards Freemasonry. Novikov was released, supervision was removed from Lopukhin, Tatischev and Trubetskoy were allowed free movement, etc. Many Freemasons were awarded. The emperor himself "flirted" with the Order of Malta, trying to "play" by European rules. However, he was not allowed to resume the activities of the order of freemasons in the empire. It must be said that almost all the main participants in the murder of the sovereign Paul I were freemasons or associated with them. Pavel, despite his games with European Freemasonry, began to pursue a nationally oriented policy, he challenged England, which is why he was eliminated.

In the reign of Emperor Alexander I, the activity of the Masonic lodges was restored. The Great Lodge Astraea was founded in St. Petersburg (it was created according to the English model - following the example of the Great Lodge of England). Count V. Musin-Pushkin became her Great Master. Among the masons were many future "Decembrists", including the head of the Southern Society of the Decembrists - Pavel Pestel. By the time of closing in 1822, the Grand Lodge Astraya consisted of 19 lodges, and its competitor the Great Provincial Lodge was 7 lodges. The essence of Freemasonry in Russia is well shown by the December 1825 uprising of the year (among the leaders of the rebels, masons prevailed). Contrary to the opinion imposed on Soviet and Russian residents about “the Decembrists as“ knights without fear and reproach ”, these were the real“ enemies of the people ”. They planned not only to turn Russia into a weak decentralized state (constitutional monarchy or republic), but also to divide it into a federation (or confederation) from several independent, separate territories. The royal dynasty was to be destroyed. Russia, in the event of the victory of the "Decembrists", would have been turned into easy prey for Western colonial empires.

In the future, the activity of Freemasonry went underground, moving into the cultural sphere. Only during the reign of Tsar Nicholas II, their activities were legalized. This was another mistake of the government of Nicholas II. A significant part of the high-ranking participants of the February Revolution (“February lists”) were masons. They dreamed of remaking Russia along the lines of England or France. Their activities led to the collapse of the empire and millions of victims.

Ctrl Enter
Noticed oshЫbku Highlight text and press. Ctrl + Enter
We are
Secrets of the villa "Wanda"Influence of Freemasons and Other Secret Societies on Politics in Russia: Myths and Reality
Military Reviewin Yandex News
Military Reviewin Google News
10 comments
Information
Dear reader, to leave comments on the publication, you must to register.