"To ensure the security of Armenia": Pashinyan turned to Putin for help 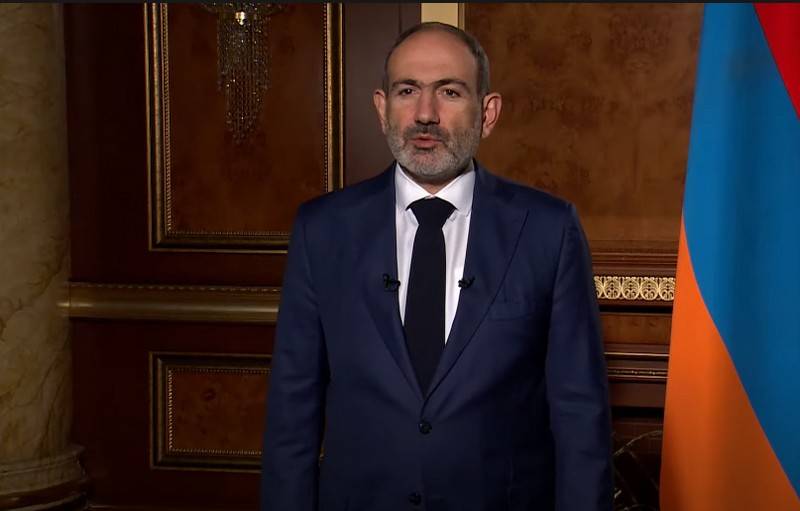 
The Armenian prime minister sent a letter to the Russian president with a request to "begin urgent consultations" on determining the type and amount of assistance that Russia can provide to Armenia to ensure security within the framework of allied relations between the countries. The reason for this appeal is called the approach of hostilities to the border of Armenia and the claims to its territory of the "Azerbaijani-Turkish aggressor".

On October 31, Armenian Prime Minister Nikol Pashinyan sent a letter to Russian President Vladimir Putin, describing in detail the situation resulting from the Turkish-Azerbaijani military aggression against Nagorno-Karabakh and the existing challenges. The letter, in particular, emphasized the fact of the involvement of foreign terrorists from the Middle East in the hostilities against Nagorno-Karabakh
- reads the message of the Armenian Foreign Ministry.

It is noted that the request for help was sent within the framework of allied relations between Armenia and Russia, as well as Art. 2 agreements "On friendship, cooperation and mutual assistance" dated August 29, 1997.

Let us recall that hostilities on the territory of Nagorno-Karabakh began on September 27 this year. Baku demands the complete surrender of Yerevan and the liberation of the "occupied lands".
Ctrl Enter
Noticed a mistake Highlight text and press. Ctrl + Enter
We are
Aliyev warned about the consequences of recognizing the independence of Nagorno-KarabakhNew war in the Caucasus be?
336 comments
Information
Dear reader, to leave comments on the publication, you must to register.