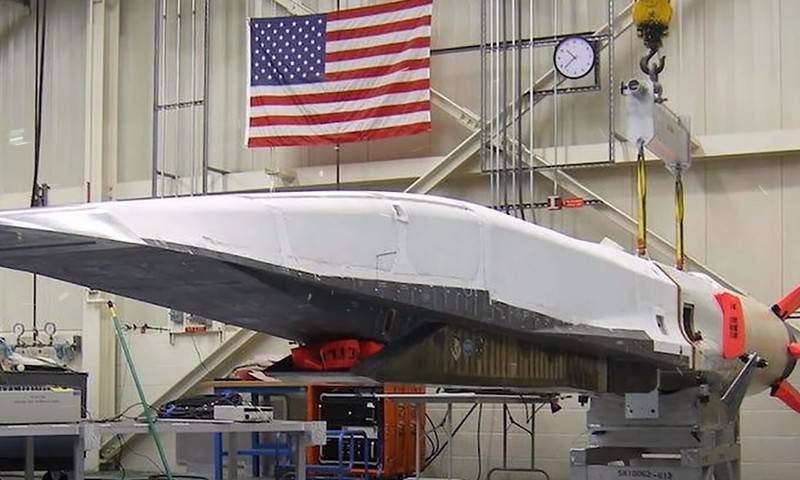 The Pentagon has opened a special operations center to accelerate work on hypersonic arms... This was announced by the US Deputy Secretary of Defense for Procurement and Logistics Ellen Lord.

The US Department of Defense has established a hypersonic weapons operations center in order to thoroughly study all aspects of the development of such systems (...) is necessary for both the Department and the defense complex in order to assess the real needs of the industry in an environment where the Department seeks to accelerate the production of hypersonic systems
- added the deputy minister, stressing that the United States needs to create "more powerful weapons."

(...) it is necessary to create more powerful means of destruction and accelerate the delivery of such means to the troops. The Department of Defense must act quickly, given the importance of the task
- she said.

For our part, we add that according to available information, the United States is currently conducting nine projects to create hypersonic weapons. As US Secretary of Defense Mark Esper said earlier, the Pentagon has significantly increased spending on the development of "land, air and sea-based hypersonic munitions."
Ctrl Enter
Noticed oshЫbku Highlight text and press. Ctrl + Enter
We are
Summary of the week from voenkor Mag about events in the DNI and LC 21.04.18 - 27.04.18Summary of events in the DPR and LPR for 14.04.18 - 20.04.18 from the military commissar "Mag"
72 comments
Information
Dear reader, to leave comments on the publication, you must to register.