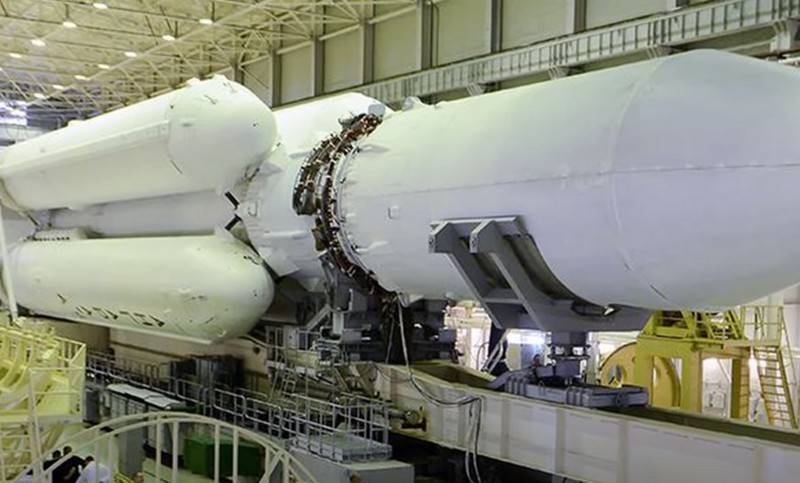 The second test launch of the Angara-A5 heavy carrier rocket, previously scheduled for November 24, has been postponed. As reported by TASS, citing a source in the rocket and space industry, the new date was tentatively named 28 November.


According to the interlocutor of the news agency, the launch has been postponed to November 28, but this date is not final, since the window for the second launch of Angara-A5 is from November 20 to November 29.

The launch is tentatively scheduled for November 28. (...) the final decision on the start date will be made later
- said the source, without naming the reason for the transfer.

Earlier, Roscosmos announced that the second launch of the heavy "Angara" would be made on November 24 from the Plesetsk cosmodrome, where the launch vehicle had already been delivered.

The second flight prototype of the Angara-A5 launch vehicle will be launched from the Plesetsk cosmodrome. The rocket with the upper stage Briz-M will have to put a mock-up of the spacecraft into geostationary orbit. The first Angara-A5 rocket was launched into space in December 2014. In total, the test program of the heavy launch vehicle provides for six launches, which should take place during 2021-2022 years.

According to information previously published by the media, the serial production of the Angara launch vehicle should start in 2023, and from 2024 it should completely replace the Protons.
Ctrl Enter
Noticed oshЫbku Highlight text and press. Ctrl + Enter
We are
The launch of "Vega" from the South American spaceport "Kourou" puzzled Russian expertsAnother satellite crashed without reaching the specified orbit
56 comments
Information
Dear reader, to leave comments on the publication, you must to register.