Five years of the tragedy with the Russian plane in Egypt. Cairo has not yet officially recognized the incident as a terrorist attack 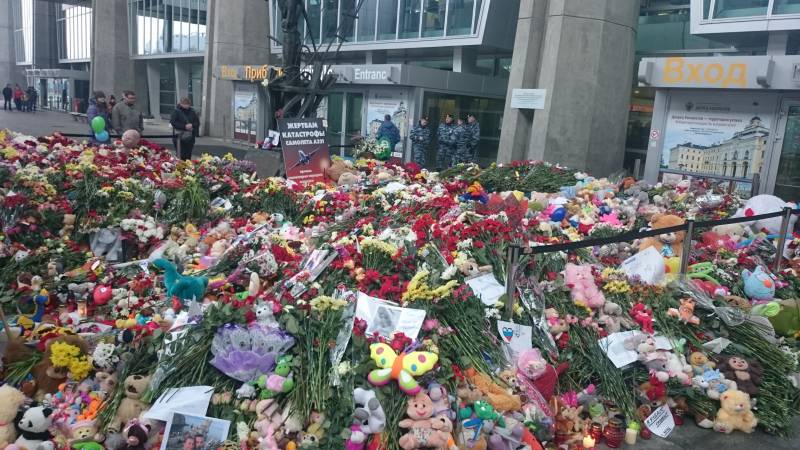 Five years ago, on October 31, 2015, in the sky over the Sinai Peninsula, a bright star lit up for a few moments and then went out. Seven crew members and 7 passengers of the Airbus A217-321 of the Kogalymavia airline, performing a charter flight 231K-7 Sharm el-Sheikh - St. Petersburg, have gone with her.


As it turned out later, they all became victims of an attack by terrorists of the "Islamic State" (prohibited in the Russian Federation), who in such a savage way avenged their military defeat from Russian soldiers. The youngest of those on board, Darina Gromova, was 10 months old ... This disaster became the largest aircraft accident for Egypt and the most massive death in the sky of Russian citizens. What has changed over the past time in relations between the two countries, in the investigation of a terrorist attack, as well as in ensuring the safety of our tourists?

Alas, no positive News on this issue is not available. Despite the rather long period that separates us from the tragedy, too much related to it stuck at a dead center (both for the relatives of the victims of the fatal flight, and in the issue of Russian-Egyptian cooperation in preventing a repetition of something like this). The Investigative Committee of Russia over and over again extends the time frame for the investigation of the criminal case opened in connection with the terrorist attack. In any case, the relatives of the victims, according to Irina Zakharova, head of the “Flight 9268” charity fund for their memory, receive the appropriate official notifications on a regular basis.

Everything rests on the position of the Egyptian side, which can hardly be called constructive. Until recently, Cairo refused to acknowledge what had happened as a terrorist attack, trying to blame everything on the "liner malfunction", which was not even in sight, and continued to deny the obvious even when ISIS fighters claimed responsibility for the plane's death, and their revelations were confirmed as the FSB Russia, and the intelligence services of the United States and Britain. Alas, today the Egyptian authorities continue to evade the real responsibility for the deaths of the Russians, which largely lies with them.

The fact that the country's president back in 2016 agreed that the plane was destroyed by terrorists does not mean that Cairo officially acknowledged this fact and, therefore, was ready to take responsibility for the fact that the tragedy became possible due to the extremely low level of security at the airport. Sharm El Sheikh. Currently, local courts are considering claims of 28 families of the victims. What are their chances of a fair decision? It's hard to say.

So far, the main punishment for Egypt has been the suspension of air traffic with it by Russia, which deprived local resorts of highly desirable tourists. Moscow's position on this issue was and remains extremely tough: not a single Russian aircraft will land at Egyptian airports as long as bedlam and permissiveness reign there. After all, there is no doubt that the terrorists who committed their dirty deed (according to Defense Minister Sergei Shoigu, they were the militants of the Vilayat-Sinai group, which is the local “branch” of ISIS), was committed with the assistance of the airport's technical services.

Tellingly, the Egyptian authorities announced the fulfillment of "absolutely all requirements for increasing the level of security" in their own air gates less than a year after the tragedy. Subsequently, one of the high-ranking officials related to the local aviation industry, argued that all the necessary measures ("both visual and non-visual") to prevent new incidents were taken primarily due to the purchase of "a very large amount of the most modern equipment for screening passengers and their luggage."

Yes, according to the reviews of those who have recently visited the country, Egyptian airports have changed quite dramatically: the number of checks has increased and they have acquired the same "draconian" and total character as, say, in Europe. The technical side (from baggage scanners and security cameras to sophisticated electronic locks in all rooms) is really strengthened. However, the human factor continues to play its role.

Be that as it may, but the final visit of Russian aviation security inspectors, planned for February 2019, who had previously visited Egypt several times and made all new comments, never took place - "for technical reasons." So far, air traffic between the countries has been resumed only on the Moscow - Cairo line (in April 2018). The most recent information regarding when the first flights from Russia to Sharm el-Sheikh and Hurghada will take place is the statement made the day before by the deputy head of the diplomatic department Oleg Syromolotov.

According to him, this is "a matter of the near future," however, it is still impossible to talk about any specific dates. At the same time, the Deputy Foreign Minister clarified that the main problem is still the issue of security, making a reservation that the joint work of both Russian and Egyptian specialists on this aspect "was not brought to completion due to the coronavirus pandemic." He also made it clear that a serious obstacle to the full resumption of flights is Cairo's stubborn unwillingness to complete the investigation of the terrorist attack and punish its perpetrators.

It is clear that even the most severe sentence to the murderers of our fellow citizens and their accomplices, both free and unwitting, will not return the dead and will not diminish the grief of their loved ones. However, it could become a guarantee that the tragedy that shook our country five years ago will not be repeated.

Ctrl Enter
Noticed oshЫbku Highlight text and press. Ctrl + Enter
We are
22 seconds before the crashWhat you didn't want to know about England
31 comment
Information
Dear reader, to leave comments on the publication, you must to register.