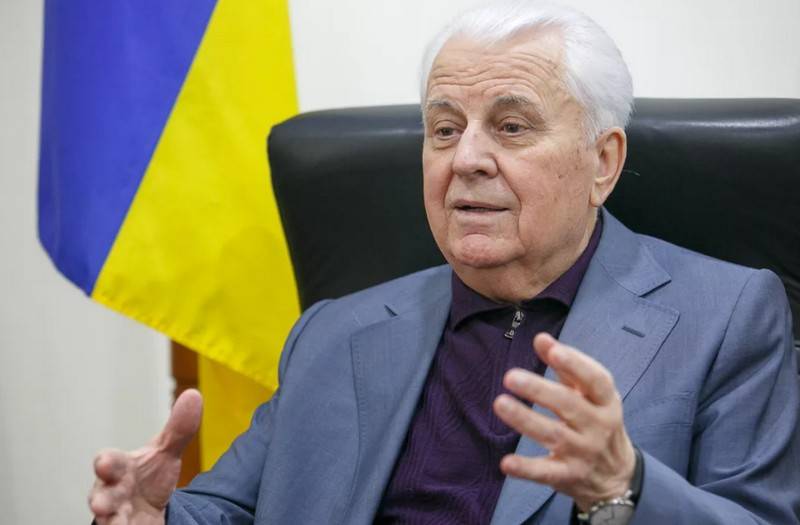 At the negotiations of the Trilateral Contact Group (TGC) on Donbass, representatives of Russia put forward a new proposal to Ukraine regarding the implementation of the Minsk Agreements. This was announced by the head of the Ukrainian delegation to the TCG Leonid Kravchuk.


According to Kravchuk, last Wednesday during the next round of negotiations, held in the videoconference mode, Russia made a new proposal to the Ukrainian delegation to resolve the situation in Donbass.

A completely different question arose for our opponents, Russia in particular - it is necessary to find new approaches and, as they said, to take and consider a decision on a new system or, as they said, new steps, a new step-by-step map - how to change the situation over many years ahead

However, according to Kravchuk, Ukraine is not ready to consider these Russian proposals. Instead, Kiev intends to propose its own "peace" plan. What the Ukrainian proposal will consist of, Kravchuk did not explain.

(...) Ukraine is not ready to consider this tomorrow. We will prepare our vision, our plan of action, we took a week of time for this. We will prepare an action plan in which we will build our next actions, steps, decisions necessary in order to achieve peace in Donbass. Our OSCE moderator, Ms. Grau, agreed. (...) On November 11, we will already consider this step-by-step action plan, how we will act in all areas of life in Donbass. Perhaps this is the main thing for us
- he said.

Meanwhile, as it became known, the Ukrainian delegation requested an emergency meeting of the TGC safety subgroup. The reason for this was the death of two Ukrainian servicemen in the area of ​​the contact line in Donbas. Kiev accuses LDNR of shelling Ukrainian positions, which in turn led to the death of the Ukrainian military.

According to the commander of the power operation, General Vladimir Kravchenko, the republics are trying to thwart the July 22 ceasefire agreement. The general announced the opening of return fire by the Ukrainian military.


Ctrl Enter
Noticed oshЫbku Highlight text and press. Ctrl + Enter
We are
In Ukraine, comments on Kravchuk's statement about the "ultimatum" from Russia in the contact groupReports from the militia of New Russia for 27-28 September 2014 of the year
63 comments
Information
Dear reader, to leave comments on the publication, you must to register.