A stone's throw from war 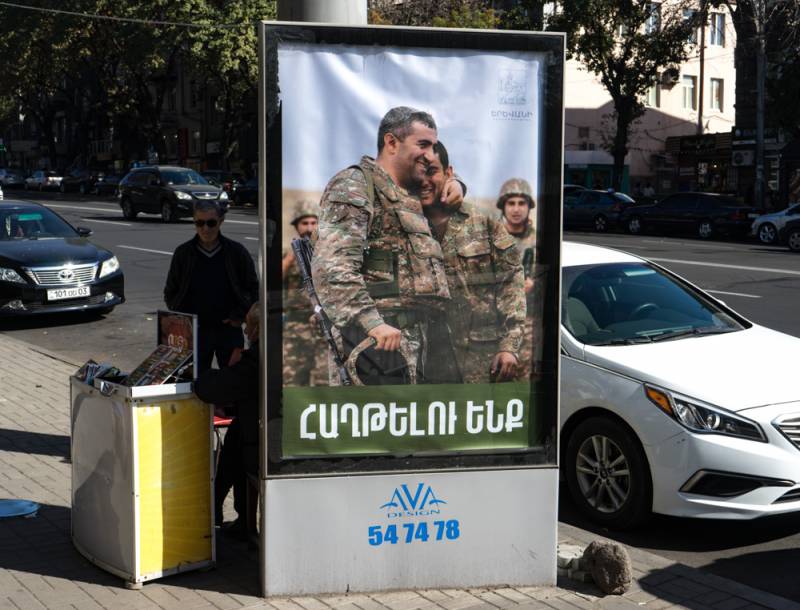 
Nikita Tsitsagi is a young historian who abandoned the familiar world of Moscow and left for Armenia. Not to participate in the conflict, no. In order to show the people to whom the war has come. It so happens that war is becoming something completely commonplace in our age. But who said that this is right and good?

* * *
A month after the start of the war in Nagorno-Karabakh, every conversation in Yerevan somehow comes down to a discussion of the war. It doesn't matter whether you are returning home at this moment by taxi, or meeting an elderly Yerevan woman at the counter of a store, crossing over with a hostel neighbor in the evening, or watching news on the TV screen.

In warm Yerevan, the weather is sunny, families stroll slowly along its streets, children ride on the attractions on Freedom Square, couples hug in Victory Park overlooking Mount Ararat. But against the background of all this, one short phrase sounds like a loud roar: "War."

A few days later, the government adopted a new procedure for the formation of the people's militia.

“Every man can join a detachment of volunteers and join the ranks of the armed forces of Nagorno-Karabakh. Our goal is to protect our homeland, and we will fight to the last. "
Billboards and rows of banners throughout the city show footage from the front line. Shop windows and balconies of private apartments are hung with the flags of Armenia and the unrecognized Nagorno-Karabakh Republic. In the center, in small tents, people organize collection points for aid to soldiers at the front. A small crowd of people often gathers around these points, listening to every phrase spoken into the microphone. Everyone is actively communicating with volunteers, asking them something and explaining in return.

If you have an intention to settle in one of the hostels in Yerevan, you will soon find that it is almost impossible to do it. Each of them now houses children evacuated from Nagorno-Karabakh in the early days of the war. The owner of one of these hostels, Karina, gave a whole block of her small house-hotel to refugees from Stepanakert:

- It was our personal initiative. We tried to help these people as much as possible.

Karina's hostel is located in Kentron, the central district of Yerevan.

- Two boys and a mother live in one of the rooms. Their father was wounded by a shrapnel in the neck during the bombing. For seven days he was in the hospital in a serious condition, unable to speak, eat, move. Now, thank God, she is on the mend. I hope everything goes well.

- Was the idea of ​​resettlement of families who left Nagorno-Karabakh an initiative of the state?

- No, that was our idea. Only our desire to help. Recently we received a call from a government agency, asking how much we spend on water, electricity, gas. I think they want to offset some of the costs. Will provide support. Winter will soon begin. 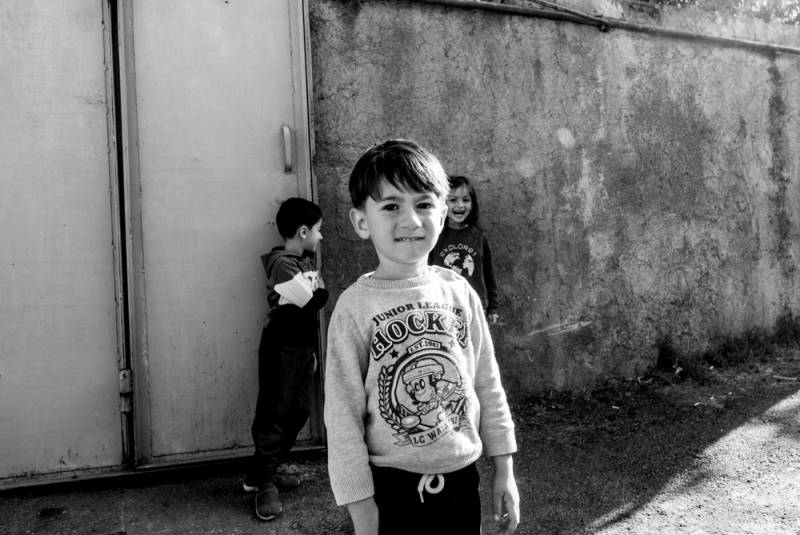 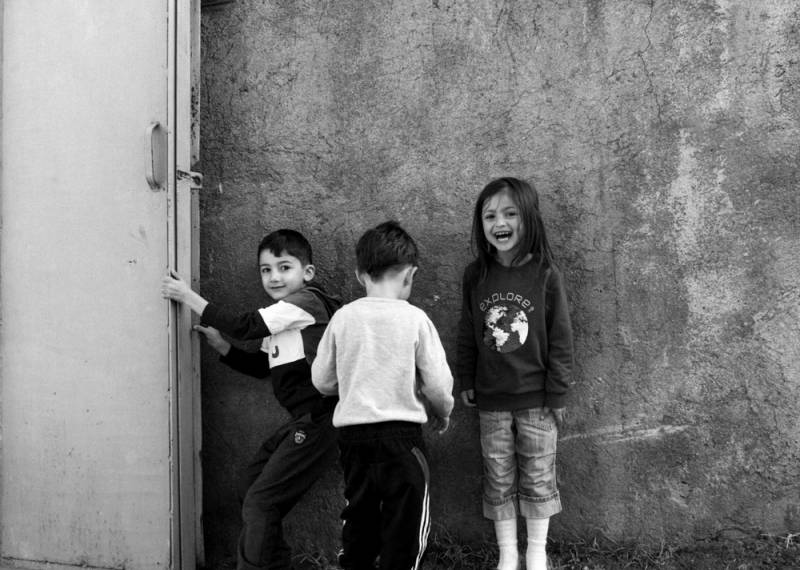 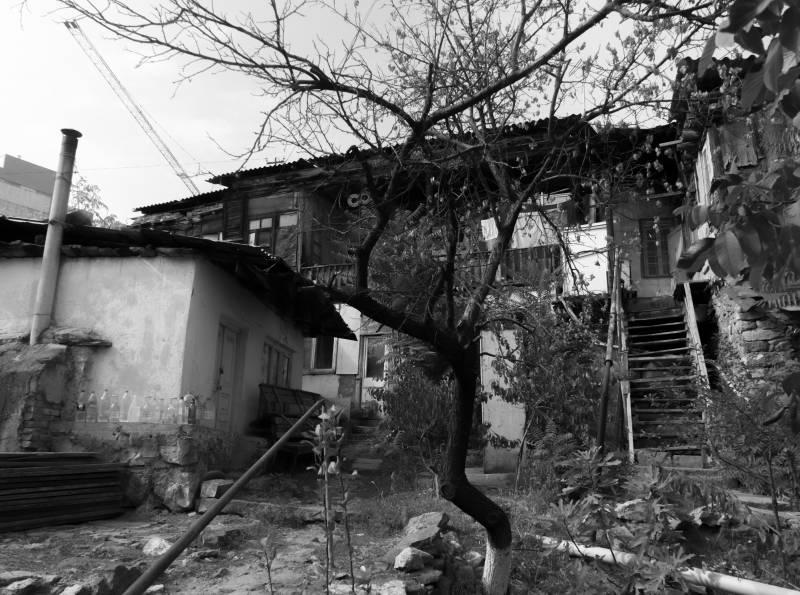 I met Gurgen Nakatechryan on one of the streets of Kond, the old district of Yerevan. Slowly, hands behind his back, he climbed the high stone staircase, taking a break every few tens of meters. And then he lit a cigarette. 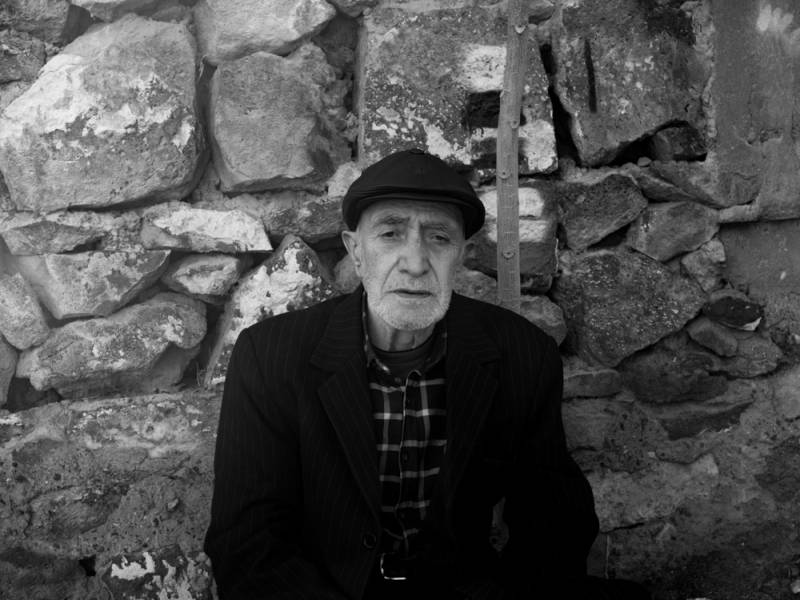 Once upon a time, houses in this area were built from everything they had at hand. Narrow alleys of the area meandering between houses, going up and down. It's easy to get lost in these labyrinths in the evening.

After talking, Gurgen told me how twenty-eight years ago he took part in the first Karabkh war, how he spent two years at the front and how difficult it was then to return home from the war. Now he finds a time when a new stage of the old conflict takes on an even more destructive form.

- I asked to go to the front. I told them to take to the rear or to the humanitarian troops. I will help the wounded, carry a stretcher, equipment, - says Gurgen, slowly choosing Russian words from memory. - How can young guys die in war? I saw what this war is. Do you know who is fighting there now? One hundred fifty thousand Azerbaijanis, mercenaries hired for the lira, Turkey. This is who Artsakh alone is fighting with. But they cannot do otherwise. Erdogan is building Great Turan. And he spurred Azerbaijan to this war. 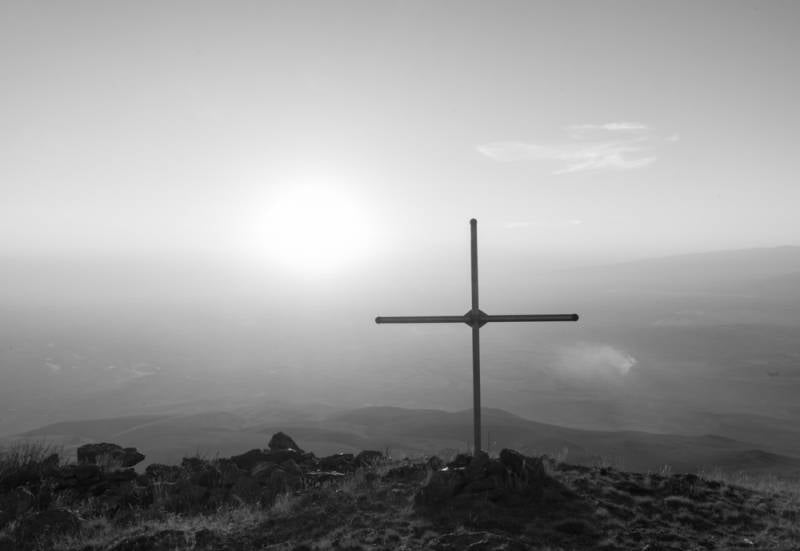 Returning home in the evening, I cross in the smoking room with Tigran, a neighbor in the hostel. In a few days, he, together with his comrade from Yerevan, must leave for Nagorno-Karabakh as part of a voluntary militia. 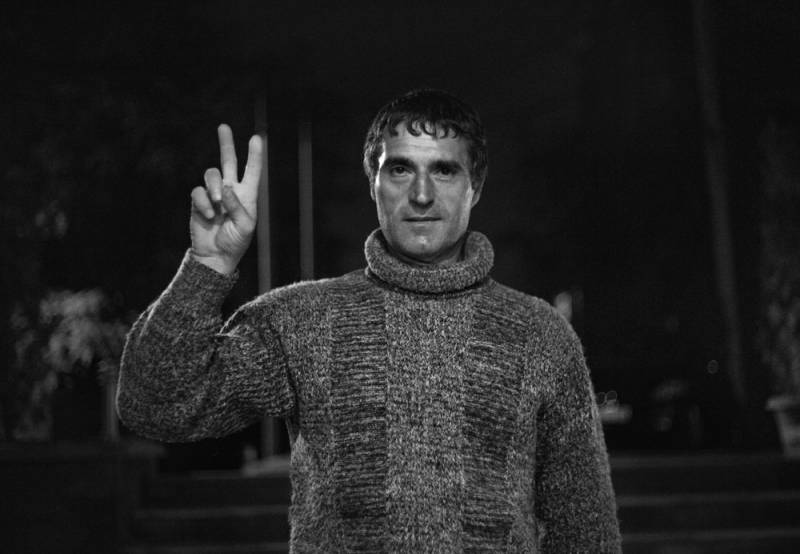 Most of those who come to Armenia with the aim of getting to the front line then remain in Yerevan. The ministry explains to them that while there are enough soldiers on the front line, as soon as their help is needed, they will be promptly contacted. According to Tigran, it is difficult for him to remain in such an expectation. Every evening he listens to news from information channels, asks me what news is coming from Moscow.

- There is no more strength to sit here. You will see, we will win. Even if we left some territory, this is a strategic retreat. Because war is war. But for all history Nobody managed to conquer this region of Nagorno-Karabakh. Believe me, you will find out what kind of people they are. Three marshals of the Soviet Union were from Artsakh, 12 generals were born in one Artsakh village. Many of our best officers in Armenia come from there. These people know their business, they know how to fight.

Tigran's simple work sweater accentuates his tightly knit figure. Because of his straight posture and lively open gaze, he seems much younger than his years. Before going to the front, he shaves off his thick black stubble. In the evening, smoking a cigarette, he reads the news of the last two days.

- Aren't you afraid to go there?

- No I'm not afraid. You know, I'm an atheist. Many people in Armenia do not understand this. You just need to get used to the idea that death is a dream from which you will never wake up. If God really existed, would he allow what is happening now? .. When people are cut off their heads in a war, when they kill each other and throw bombs on their heads? Probably, God would have descended from heaven, threatened from the clouds with a huge finger. Everyone would have looked at him, listened and stopped fighting. And there would be no such evil, and there would be no deaths. But that doesn't happen.

- Do you think this war can still end in peace?

- It seems to me that this is already impossible. A new generation must grow up and another 30 years must pass for people to forget this war and what is happening here. Even if Azerbaijan or Turkey conquer part of the territories, how will they then live with these people, how will they find peace with those who remained there? But they won't win anything. Regular troops will leave, a partisan war will begin. As has already happened in other conflicts. 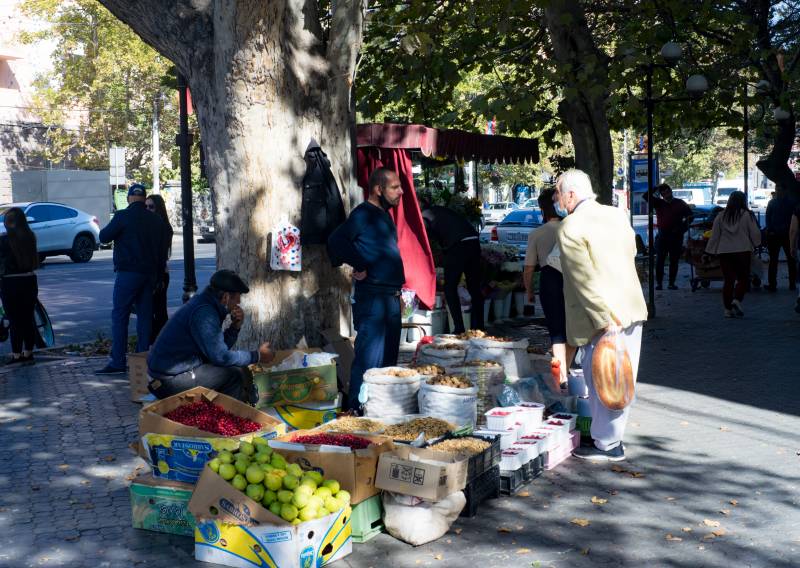 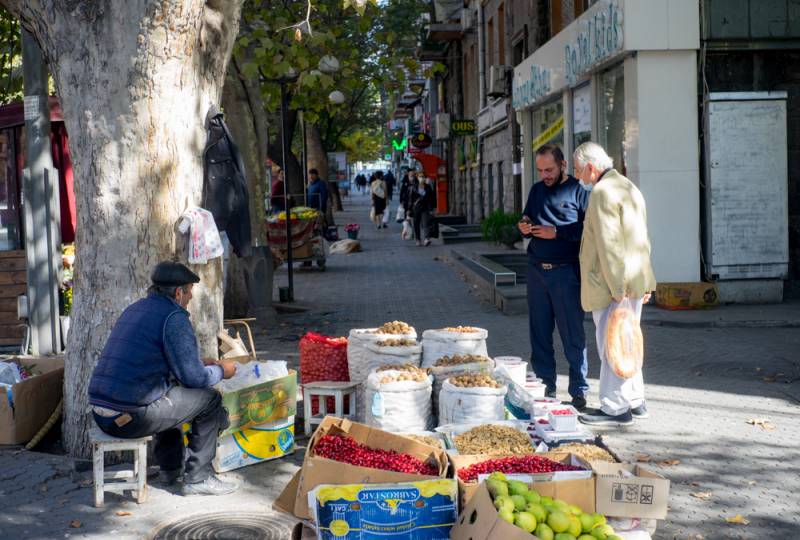 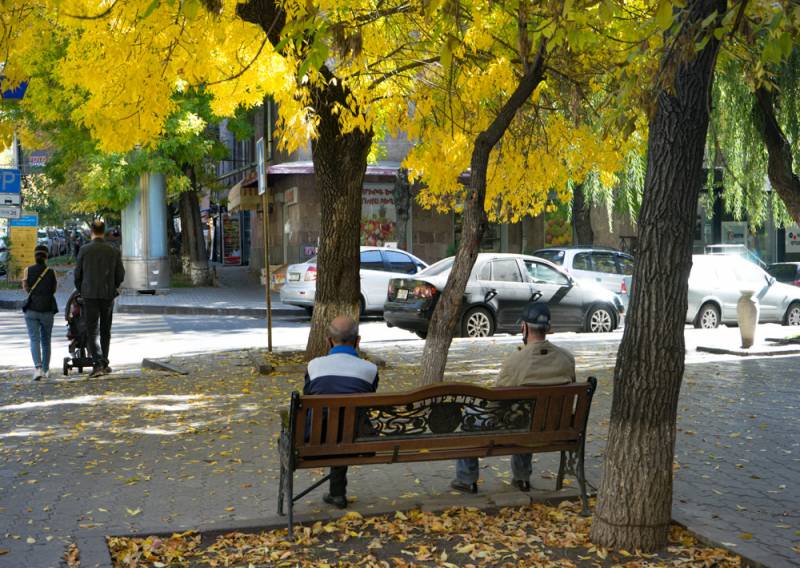 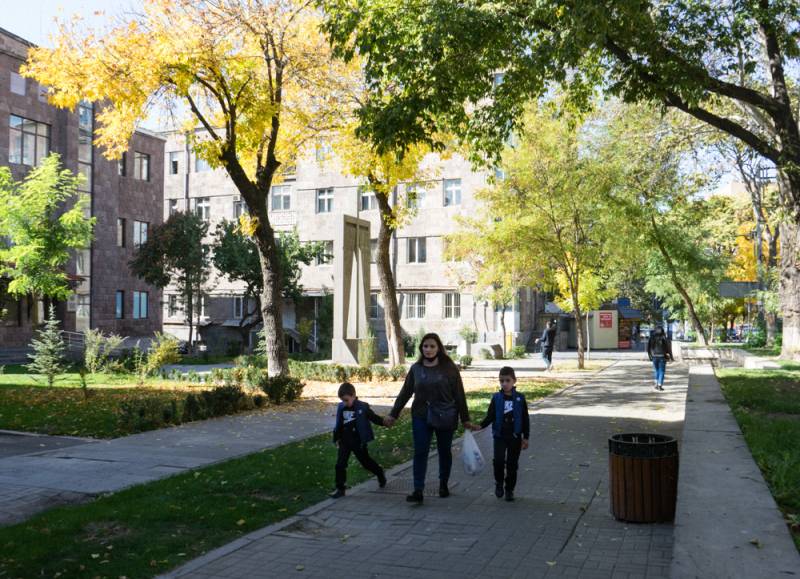 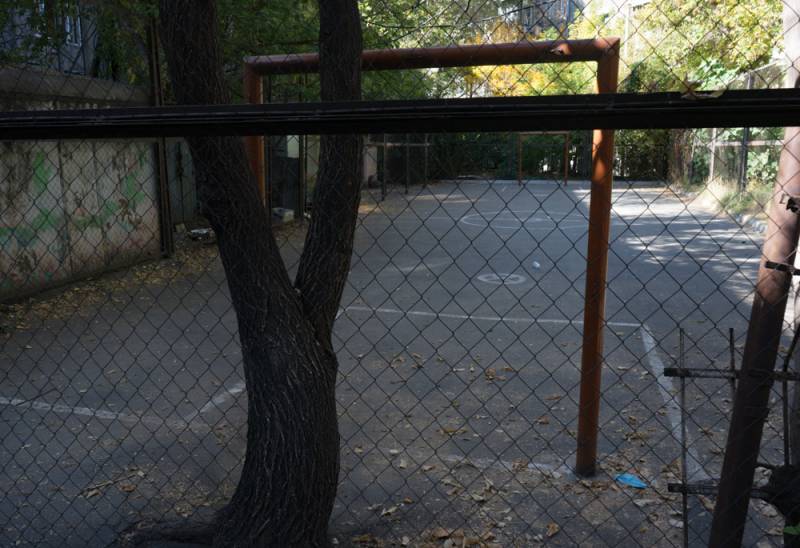 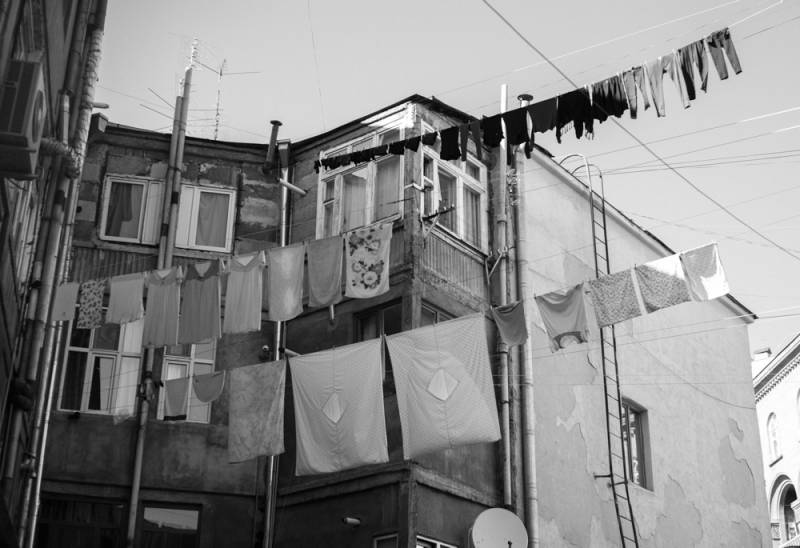 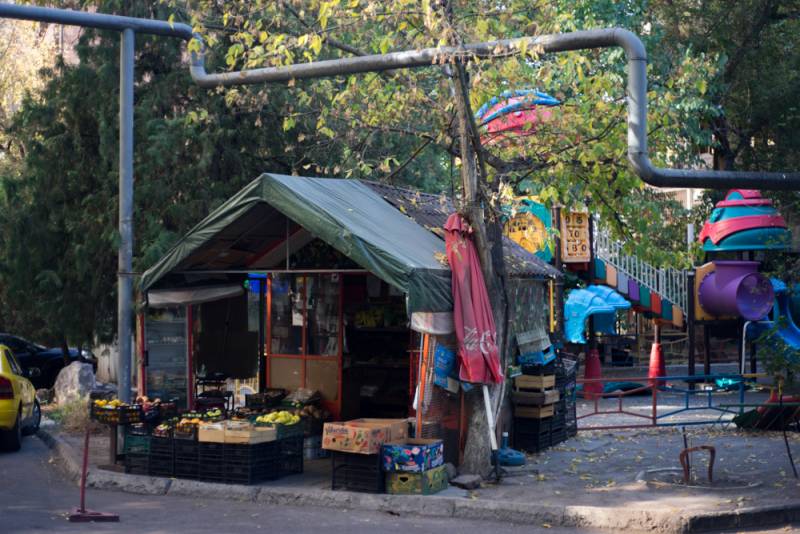 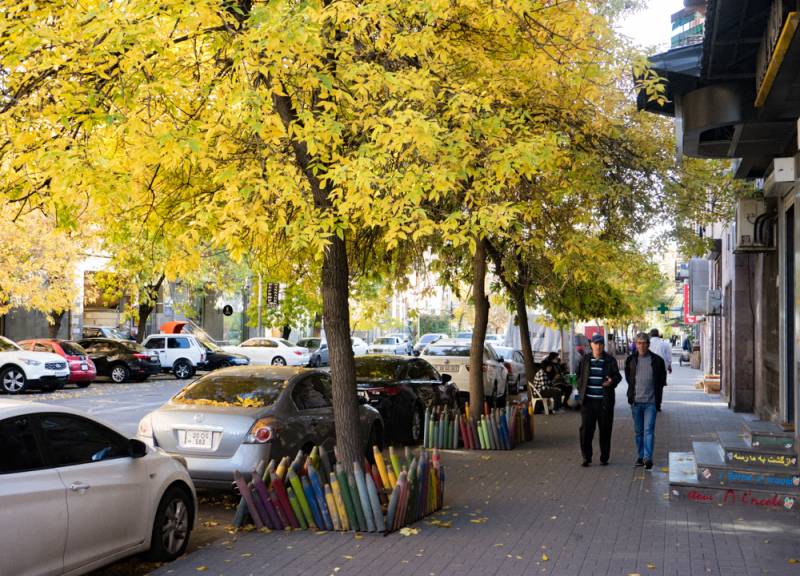 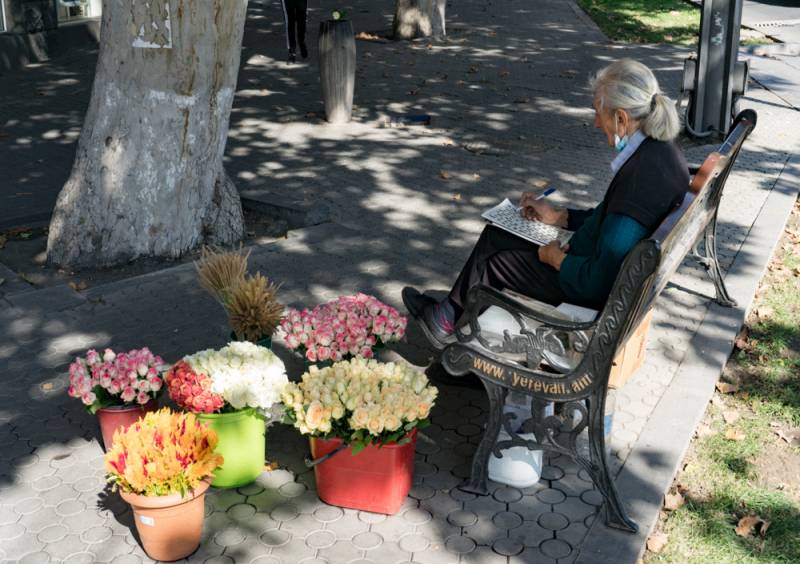 * * *
Opinion of people, thoughts of people ... War, as many of our readers know, is a state. State of the body, state of mind. State of thoughts. Someone calmly looks at what is happening through a monitor or TV screen, someone tries to help in every possible way, someone goes to the assembly point, remembering how to properly screw the fuse into a grenade and equip the store.

Everyone has his own path.

We want to show the events taking place from both sides. Now it is not so important who fired the first shot, it is more important to show what is happening in the minds and hearts of people on both sides of the confrontation.

Nikita Tsitsagi is in Yerevan and is waiting for the decision of the Armenian Foreign Ministry, communicating with the Armenians. Roman Skomorokhov will try to establish a dialogue with the Azerbaijani side. In general, dialogue, even between the belligerents, is already a step towards peace. For us, in Russia, it is not so important who pursues what goals in this conflict, it is more important for us to know and understand who and what thinks on both sides of the front line. This is a guarantee that the war will not start again in a year or two.