With the mediation of Sergei Shoigu, Azerbaijan handed over the bodies of dead soldiers to Armenia 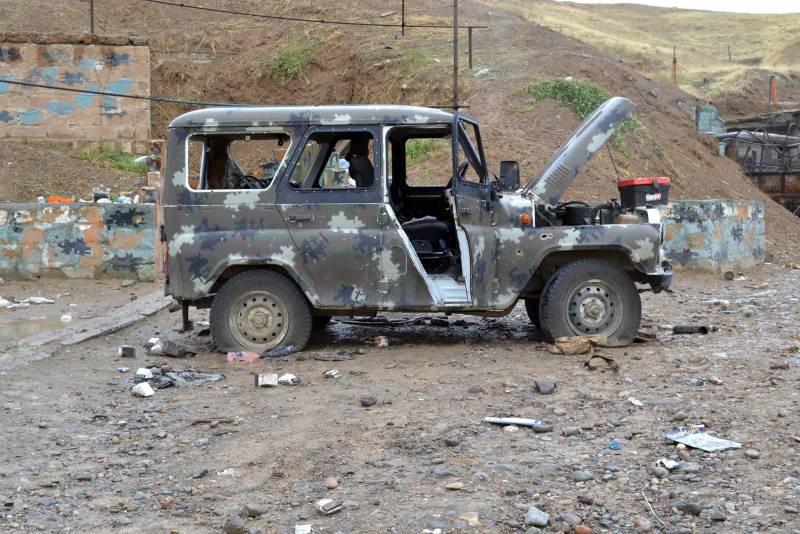 The bodies of her dead soldiers were handed over to the Armenian side, as well as two elderly citizens of Armenia. The transfer process is completed today.


This was announced at a briefing in Terter by the aide of the Azerbaijani President Hikmet Hajiyev.

The official praised the mediation in this case of the Russian Federation and its Defense Minister Sergei Shoigu:

We highly appreciate the efforts of the Russian Ministry of Defense and Defense Minister Sergei Shoigu in this process. As a result of Russia's support for this humanitarian initiative, the Armenian side agreed to open a humanitarian corridor in Gazakh-Tovuz direction and accept the bodies of its soldiers.
In total, 30 bodies of dead soldiers and officers of the Armed Forces of Armenia were transferred.

Ctrl Enter
Noticed oshЫbku Highlight text and press. Ctrl + Enter
We are
Reports from the militia of New Russia for 1 September 2014 of the yearNew war in the Caucasus be?
56 comments
Information
Dear reader, to leave comments on the publication, you must to register.