Donetsk promises to take care of the militias 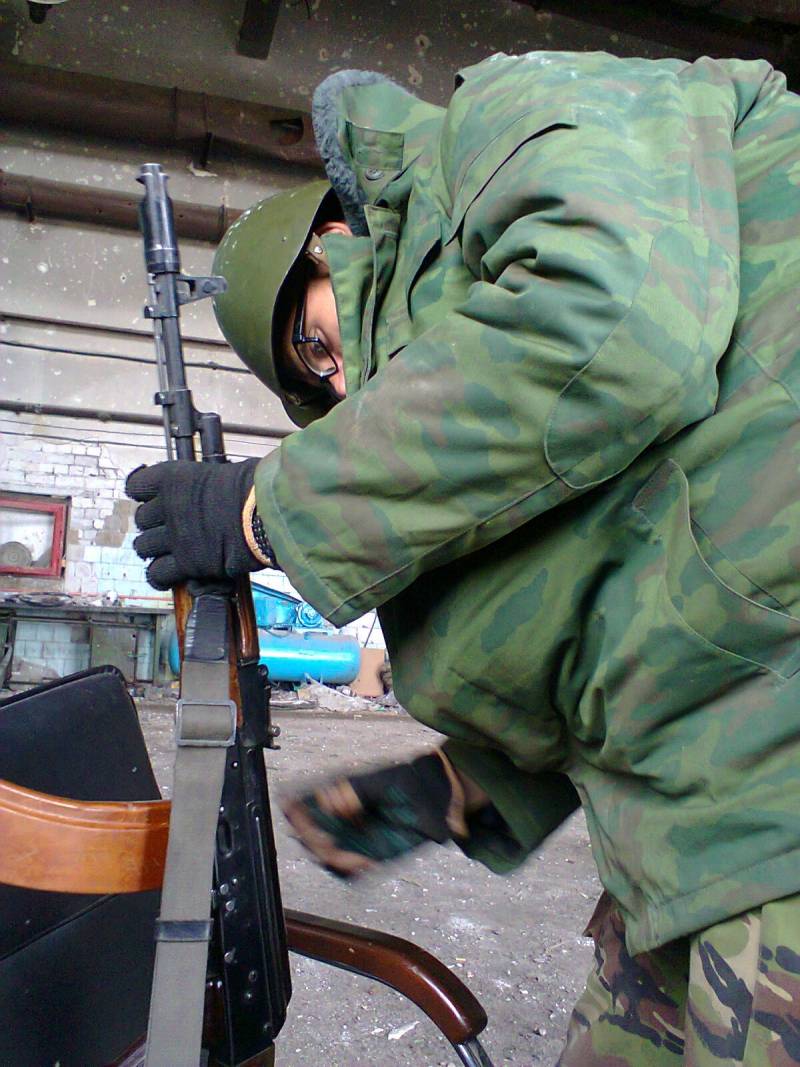 On October 21, 2020, the head of the DPR finally signed a decree approving the procedure for issuing documents confirming the status of a participant in hostilities and a family member of the victim in the defense of the Donetsk People's Republic. By decision of Denis Pushilin, now these issues will be dealt with by military commissariats, which will have to make a decision on the authenticity of the documents provided to them within 30 to 60 calendar days, and then issue an appropriate certificate to the applicant, after which a cornucopia will open over his head.

So far, however, no one has a clear understanding of what exactly the social protection of the former militias and households of the deceased defenders of Donbass will be. So the coveted certificate may well remain an ordinary souvenir for an indefinite period. However, since the beginning has already been made and it even came to issuing certificates, I want to believe that the promised social protection will not have to wait another seven years.

The question, of course, is not only to find funds for a program to support ex-militias and the families of the fallen soldiers. We still need to live up to this, because it is not entirely clear how much it will take to debug the system. Given the marvelous qualities of the local military registration and enlistment offices, it is hard to believe in their ability to quickly accept and process the data of everyone (they would do their job on time). Not to mention the problems that may arise when trying to prove that the applicant really was a militia, and precisely a participant in hostilities, and not a staff member or served in the commandant's office.

This is an interesting question, by the way. Will numerous militias engaged in reconnaissance (for example, penetrating into territory controlled by the enemy), training personnel, repairing equipment, etc., have the right to a certificate of a participant in hostilities? Or will it be exclusively about those who directly participated in the clashes? And what exactly is meant by fighting? Are clear statements and criteria ready?

And how can you prove your participation in them? In battle, no one takes pictures and does not shoot video, but just like that, in the rear, with weapons in those days everyone was taking pictures in their hands. No one issued any IDs in the spring and summer of 2014, besides, the fighters sometimes rode from unit to unit like grasshoppers. As for the proposal written in Pushilin's decree to prove his participation in the database with the help of three witnesses, this is generally unlikely. For example, since the spring of 2015, the author has seen only one of his comrades in arms, and even then, by accident, only once in a wheelchair in 2018. In general, the process will be complex and stressful.

By the way, one more important question: how many such certificates will be received by people who never approached the front line and did not approach the front line closer than a kilometer? Otherwise, one cannot forget the exploits of the award department of the now disbanded DPR Ministry of Defense, which sold medals to everyone at a low price: medals for the defense of Slavyansk were worn even by the secretaries, and the defense participants themselves spat disgustingly. Has a serious control mechanism been worked out so that the employees of military commissariats do not distribute the identity cards of the database participants to their relatives and friends?

In general, the decree of the head of the DPR, on the one hand, is fateful and long-awaited, but at the same time, this document does not guarantee at all that at least one former militia or the widow of the Donbass defender will receive some money as a result of this decision of Pushilin in the next five years. Of course, one shouldn't be surprised. The attitude to the military personnel of the people's militia does not stand up to criticism. So is it worth waiting for special favors for those who left the slender ranks long ago?

The question is rhetorical. Much more important than the other. Considering all the nuances of the attitude towards former and current defenders, all the stupidity and injustice of the command and complete oblivion by the government, can the republics seriously count on the activity of local and Russian volunteers in case the bloody mess starts again?

Ctrl Enter
Noticed oshЫbku Highlight text and press. Ctrl + Enter
We are
A great interview with Sergey Lavrov: about Ukraine, Obama and IranWhat you didn't want to know about England
39 comments
Information
Dear reader, to leave comments on the publication, you must to register.