Western prosperity was laid by the slave and drug trade 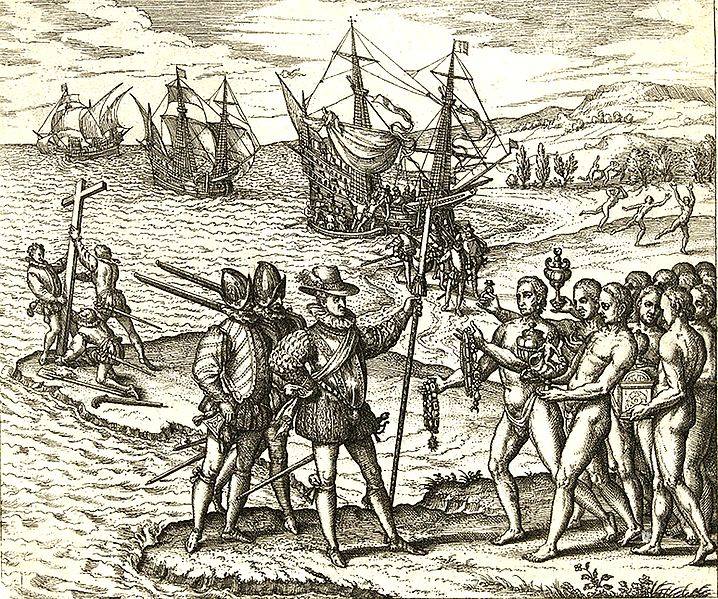 The basis of modern material well-being of Western civilization was laid by open robbery, slave trade and drug trade. It was this dirty money that was invested in the creation of modern industrial production.

The predatory civilization of the West

At the heart of Western civilization has always been predation, parasitism. Appropriation of the results of someone else's labor, the seizure of someone else's resources and energy. The West cannot exist without the "development" of other people's resources and will simply perish. Popes divided the land with one stroke of the pen. The popes believed that their dream of world domination was being fulfilled, they registered new countries and peoples as subjects of the “holy throne”. Popular история great geographical discoveries is full of myths and lies. The Europeans allegedly "discovered" Africa, India, China and America. They brought the peoples of the world "civilization". In fact, the ancient Europeans already knew about the existence of these worlds-civilizations. There was no need to open them. They developed and flourished without the Europeans.

The Europeans “opened” them in order to plunder and enslave them. In the east, mighty Russia rose, it was not possible to enslave it. Although they tried repeatedly (and continued to try), they threw some crusaders and "civilizers" after others at the Russians. And the West could not live without other people's resources, it began to rapidly degrade and collapse. It was necessary to find new "hunting fields". Then they picked up old maps in the archives and went overseas. Predatory squadrons went out into the seas and oceans. Italian cities monopolized the Mediterranean. The Spaniards reached America and destroyed the local old civilizations. We got to the Philippines. After that, Spain bathed in stolen silver and gold. Madrid dreamed of world domination. But the plundered treasures of America, the luxury and pride of the Spanish court did not lead to good. Administrative mistakes, envy of France, England and Holland prevented Spain from becoming the dominant power in the West.

The Portuguese seized the wealth of Brazil, created a chain of their bases along the coast of Africa, seized the ports of Arabia, Persia, India, Ceylon, Malacca, and penetrated into Indonesia, China and Japan. The unrestrained plunder of the world began. In the dark impoverished Europe riches poured from all continents, which civilizations, powers, peoples and tribes have been saving for centuries and even millennia. These flows of wealth have changed the face of the West. The Renaissance was approaching with a riot of luxury, hedonism and debauchery. Christian (Catholic) morality degraded and collapsed. The European nobility openly threw off the Christian restrictions that embarrassed it. The Reformation began. Rome resisted (Counter-Reformation).

On this wave, Protestant Europe and a new morality were born. Calvin taught that every person, regardless of his earthly affairs, is knowingly determined by God for salvation or condemnation. It was easy to distinguish the “chosen ones” from others: those whom God loved, he marked with wealth and prosperity. The fate of the “unelected” is to obey and work for them. And power should not belong to kings, but to the councils of the "chosen ones." This theory was very popular with many nobles, bankers-usurers, merchants, owners of ships and manufactories. The first riots were raised by the Netherlands, then belonging to Spain. Holland was created after the carnage. England was also in the Protestant camp. The capital of the Italian aristocracy, acquired by hundreds of years of plunder, piracy and slave trade in the Mediterranean and Black Seas, began to flow to London.

The Catholic and Protestant worlds fought for dominance in Europe and the world. Spain and Portugal enslaved countries and peoples under the pretext of converting to Christianity, converts to Christianity were considered people. The Spanish and Portuguese took local women as wives, and their children were full members of society. The Dutch and the British dispensed with formalities. What does Christianity have to do with it, when you can simply rob, rape and kill? Protestants, the "chosen ones" did not consider many of the Europeans, for example, the Slavs and Irish, to be full-fledged people. And the aborigines of America and Africa were generally considered animals that can be exterminated without regret, seize their wealth, land, free up "living space."

The British broke through to North America. The Indian tribes were soldered with "fiery water", concluded profitable "agreements", seized their lands. The Indian tribes, which bled to death in the internecine wars, were playing against each other. Established the East India Company. Their ships rushed eastward. The British adopted a divide and conquer policy. They helped the Persians and Indian Rajs to fight against the Portuguese, supplied them weapons... In return, they received the right to open trading posts in Persia, build fortresses in India. Soon they got on their feet, defeated competitors and began to dictate their will to the natives. In China, port cities were shot and the local authorities were forced to "open" them for trade (beneficial to them).

The Netherlands had not yet completed the "liberation" war with Spain, but it was already collecting soldiers and building ships for predatory and invasion campaigns. The Dutch wealthy also established the East India Company. She was given huge rights. It was actually a state within a state. The company had its own army, navy, could conduct its own foreign policy, declare and wage war, seize land, judge, execute and pardon. The state itself became an appendage of a trading company. Its directors were part of the government, could use the resources of the entire country. Nobody could interfere in the affairs of the company. The Dutch began to seize Indonesia, established ports and bases in Java, Sumatra and Borneo. They took Malacca from the Portuguese, some of the islands, seized a bridgehead in South America, established themselves on about. Taiwan.

In addition to the East India Company, there was the West India Company. She conquered the "no-man's" islands in the Caribbean. Established the New Netherlands colony on the Hudson with its center in New Amsterdam (now New York). France has staked out land to the north, in Canada. Official seizures of England, Holland and France alternated with outright piracy. "Gentlemen of Fortune" raged on the seas, established their bases. Convoys and cities of the Spaniards attacked. All this was accompanied by a large-scale slave trade. The colonialists destroyed the Indian population of the Caribbean islands. The Indians were freedom-loving, did not survive in slavery, they died very quickly. I had to bring slaves from Africa. Or "white slaves" from Europe itself: the poor from the "advanced countries", Slavs, Irish, etc. Europeans devastated the coastal regions of Africa, they practically lost their population. Expeditions of slave traders had to go deep into the continent. The slave trade brought fabulous profits to merchants and ship owners. Although the conditions of transportation were terrible: up to half of the "live goods" perished on the way.

But Rome did not give up, did not abandon the projects of the world "Catholic empire". Military operations, for example, of Poland against the Russian kingdom, were supplemented by secret ones. Rome created the first world intelligence service - the Jesuit Order. In Catholic countries, papal legates were attached as advisers to kings and nobles, directing their policies in the direction Rome needed. In Protestant countries, the Jesuit masters of the "cloak and dagger" (and poison) carried out subversive work, conspired, and eliminated the unwanted. In America, Africa and Asia they sent troops of preachers who, along with religion, inspired admiration for the West, Rome. They carried out information and ideological work for further seizures.

Ctrl Enter
Noticed a mistake Highlight text and press. Ctrl + Enter
We are
About Stalin and KhrushchevWhat you didn't want to know about England
119 comments
Information
Dear reader, to leave comments on the publication, you must to register.