Islamic wars. Turkey in the ring of ill-wishers 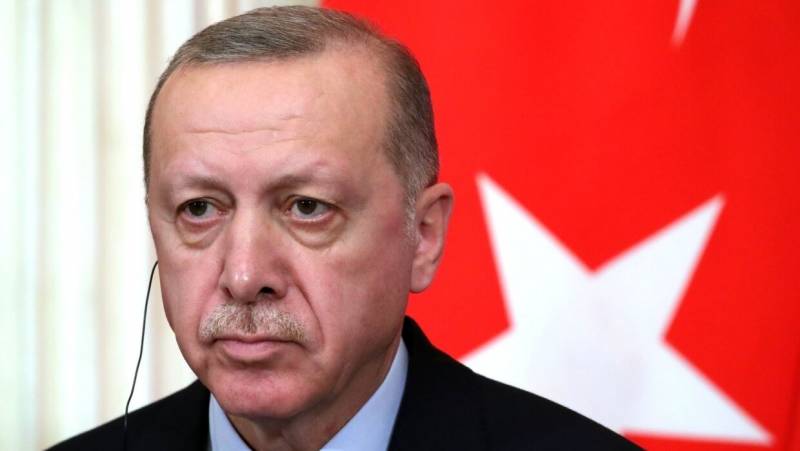 Among the circle of the Turkish Republic, only Azerbaijan maintains a tolerant attitude towards the personality of Erdogan. This, of course, is backed up by diplomatic and military patronage in the manner of an older brother, which has already caused bloodshed in Nagorno-Karabakh. Without the sanction and active support of Turkey, Azerbaijan would never have dared to commit aggression, in which it could get bogged down for more than one month. Such patronizing attitude of Ankara towards Baku is explained by the factual absence of serious foreign policy ambitions of Ilham Aliyev.

The war in Nagorno-Karabakh was another step in the rapidly deteriorating relations of the Turkish leadership with its neighbors. In this case, Erdogan's support for the conflict seriously hits the influence of Russia in the Caucasian region and, which is important, discredits the Russian weapon... Still, the constantly flickering footage of the destruction of equipment of Soviet and Russian origin by high-precision weapons and kamikaze drones does not add any chances to domestic weapons in world markets. So far, Turkey's dodgy policy does not seek open conflict with Russia. It is quite possible that in the near future we will see the next steps towards Moscow.

Erdogan, obviously, very much believes in the strength of his own state and collects enemies for himself like pearls in a necklace. Many of the conflicts, which had died down for many years, flared up with renewed vigor. In the Eastern Mediterranean, Turkey rushes to offshore hydrocarbons, ignoring the protests of the local host, Greece. Skirmishes on the water have not yet reached the point of bloodshed, but the sailors are no longer ashamed to ram a friend. Recall that quite a hot, sluggish conflict is going on between NATO member countries, and so far few can predict its outcome. Egypt, which can in no way be called a partner of Turkey, has repeatedly stated about the possible support of the Greeks in the event of Erdogan's aggression. 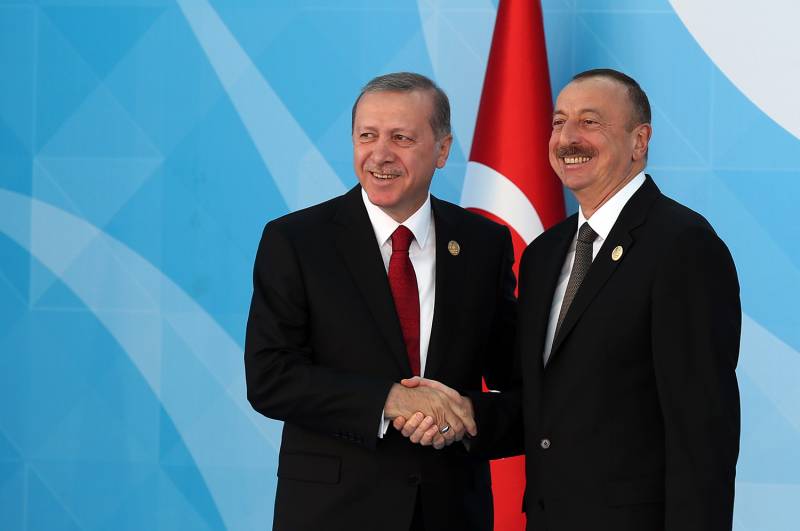 Source: gazeta.ru
In addition to Israel, with which almost every Muslim country is at enmity, Erdogan is not shy about militant remarks. It is scary to resort to active action: after all, the supposed nuclear power is in the adversaries. But the Turkish leader allows himself to threaten his own people with plans to liberate Jerusalem. However, as well as support the Palestinian militants. From the same opera, the assertion of one's own greatness in the Islamic world was the transformation of the Hagia Sophia into a mosque. No matter how they say that this is an internal matter of Turkey, such a step by Erdogan is clearly seen as flirting with his own electorate, as well as a provocation for external forces.

Ankara managed to quarrel with Tehran as well. Despite the fact that Iran and Turkey are participating in the Astana process of resolving the conflict in Syria (Russia is also in the game), the goals of the countries seriously differ. In fact, Erdogan is now in northern Syria providing the livelihoods of a mass of inveterate thugs-terrorists, with whom both Iran and Russia are fighting. Some of these barbarians fostered by the Turks are now fighting in Nagorno-Karabakh. 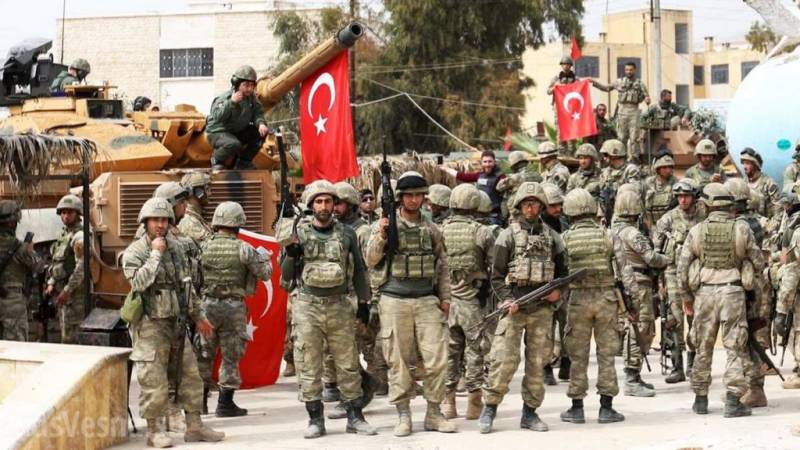 The activity of the Turkish army spreads far beyond the borders of the homeland. Source: belvpo.com
Turkey's relations with Saudi Arabia, which claims to be the leader of the entire Islamic world, are also not developing in the best way. In fact, Erdogan's secret services framed Crown Prince Mohammed bin Salman when they helped to capture opposition journalist Jamal Khashoggi. No one in Turkey resisted his murder, the unfortunate was actually taken into a trap, prudently equipping the Arabian embassy with eavesdropping equipment. As a result, Khashogi is tortured and dismembered, Turkey is the blood enemy of the Saudis, and the authority of Mohammed bin Salman, who gave the order to kill the journalist, will never be restored.

About stories Erdogan's constant provocation of the United States is now not only lazy. It seems that Ankara's relations with the most important country in the NATO clan can be restored only with a change in the Turkish leadership. And this is not even visible on the horizon. Of the last News on the front of Turkish aggression, Erdogan's attacks on Macron began. According to the Turkish President, the French leader "needs treatment for his psyche" because of the intention to organize a structure in Paris to create "enlightened Islam." And again the conflict, and again with the NATO country.

With all this, the immoderate ambitions of the Turkish leadership do not at all match the military-political potential. To put it simply, Turkish troops look very modest in ground operations. Everyone remembers what the operation to restore the former greatness of the Ottoman Empire in northern Syria cost the local tankers in 2016. Then Erdogan managed to break the resistance of the terrorists only by building up a gigantic superiority of forces.

The odious leader quarreled with everyone around him. And a coalition is being created around it. Now, not the most friendly regimes have a reason to be friends against someone. In a political game in the Middle East, always characterized by special passions, Israel has signed an unprecedented agreement to normalize relations with the United Arab Emirates. It can be read, among other things, as the creation of the first coalition against Turkish expansion. Erdogan was particularly irritated by the mediation of another antagonist, Donald Trump, in this process. The latter, in the best tradition of diplomacy, tweeted: 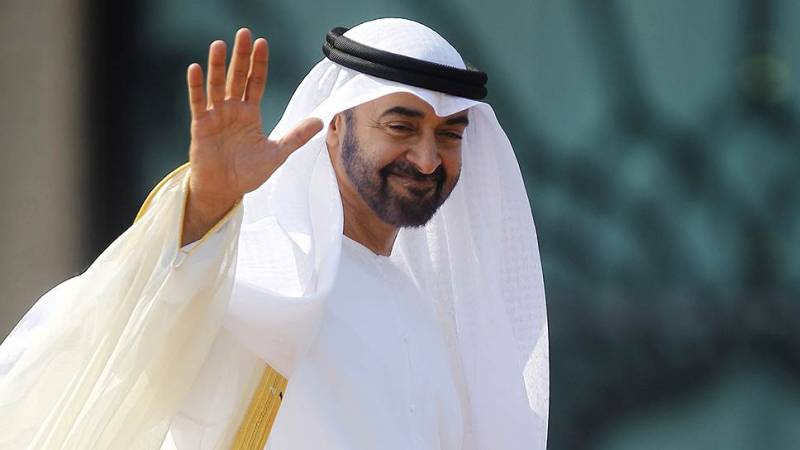 Muhammad bin Zayed bin Sultan Al Nahyan, Crown Prince of Abu Dhabi and Deputy Supreme Commander of the UAE Armed Forces. Source: kommersant.ru
For the sake of fairness, I would like to note that the treaty was intended to cool down the expansion of another serious player in the Islamic world - Iran. Tehran accused the signatories of the treaty of "strategic stupidity", and Ankara called Abu Dhabi's actions "a betrayal of Palestinian interests." It seems that it is the United Arab Emirates that are becoming the leading force in the confrontation with the Turks. And here comes the personality of Mohammed bin Zayed, Crown Prince of Abu Dhabi. He has long spoiled Erdogan's nerves, either supporting an attempted coup in Turkey or accusing Ankara of violating Syrian sovereignty. All the political and diplomatic activity of Mohammed bin Zayed in recent years allows the West to view him as one of the few negotiable leaders. Saudi Arabia with its radical views repels many, but the UAE looks quite secular, and even Turkey has time to show its teeth.

Mohammed bin Zayed, as best he can, through third countries, influences the expansion of Turkey. In Syria, he promised many, many billions to Assad for the resumption of hostilities in Idlib. The new carnage with unpredictable consequences was interrupted only by Moscow: after all, the agreement with Turkey must be observed. In turn, Ankara successfully supports the Libyan government in the confrontation with Khalifa Haftar, who is financed from Abu Dhabi and is a personal friend of Mohammed bin Zayed. Here, by the way, Turkey acts on completely legal grounds and is even supported in this by the UN. Therefore, it is too early to talk about any decisive diplomatic advantage of Abu Dhabi, it is, rather, about a mutual dive. However, a precedent for the unification of the UAE and Israel into a coalition has been created and, quite possibly, other countries will join it, albeit informally.

Turkey will finally drive itself into isolation, which will not be easy to cope with. It is interesting that Russia now has a serious influence on the balance of power, balancing between warring groups. In many ways, the disposition in the Middle East depends on which side Moscow will take. Ankara has seriously spoiled the Russian agenda by supporting Baku's aggression in Nagorno-Karabakh and is likely to wait for another act of "soft power" from Moscow.

Ctrl Enter
Noticed oshЫbku Highlight text and press. Ctrl + Enter
We are
Results of the week. "Professor, his tail fell off!"The attack on the Russian aircraft and the political situation in Turkey
90 comments
Information
Dear reader, to leave comments on the publication, you must to register.